When I joined the CIA a few years before 9/11, I imagined a rewarding career where I would serve my adopted country. I was expecting a stable life, with a stable salary, a fulfilling life overseas, representing the interests of the United States while getting to know different peoples and cultures.

This paper is written by a South Asian, Muslim, female immigrant. She became a naturalized American citizen in 1996. The author has had a twenty-one-year career at the CIA, ascending to its senior ranks. The paper attempts to illuminate how the author was able to meet the challenges of self-fragmentation and othering, in the aftermath of the unprecedented events of 9/11. 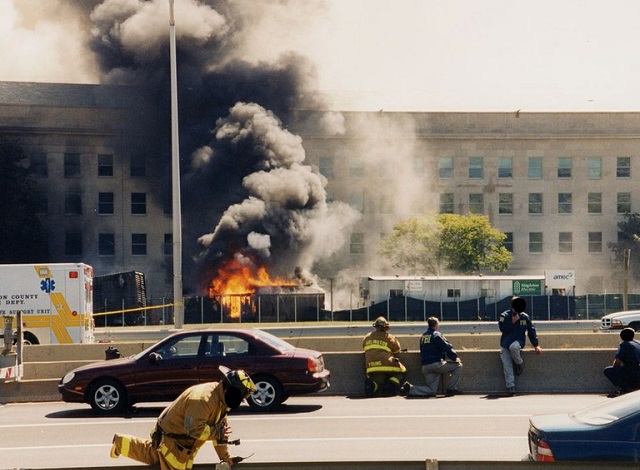 On 9/11 I was at my desk at the CIA Headquarters in Langley, VA. We had just started our morning meeting when the planes hit the World Trade Towers in NYC. We sat in stunned silence, trying to absorb the catastrophe before our eyes; then we shifted to frantic action. Overnight, my professional world changed. I was now front and center in our fight against terrorism. The walls outside our embassies only got higher as the world saw the U.S as a target and a threat.

I had to adapt to this new post-9/11 climate where Muslims were considered public enemy number one, while my job required me to protect Americans from these Muslims. I felt aspects of myself at odds with each other: The Muslim part of me crashing and splintering through my Western foundation.

When I joined the CIA a few years before 9/11, I imagined a rewarding career where I would serve my adopted country. I was expecting a stable life, with a stable salary, a fulfilling life overseas, representing the interests of the United States while getting to know different peoples and cultures.

The fallout from 9/11 deeply colored what was already a complex emotional journey. There were moments of elation as I realized I had broken barriers as an immigrant when I joined the world’s premier intelligence agency a mere 4 years after becoming a naturalized U.S. citizen. I loved my work as a CIA officer. Every single day for twenty-one years, I have been deeply involved in some of the most complex and dangerous issues facing our nation: from planning operations, to fighting terrorism, to recruiting spies. The former is a daily dose of adrenaline from which it can be hard to wean yourself. The latter requires developing a sixth sense about human behavior – identifying the person who is willing to commit espionage, and then guiding them through a multifaceted process of keeping them protected from detection and arrest.

Am I the other?

My experience of feeling like the other happened in very subtle ways over 21 years at the CIA. It was through the lens of 9/11 that I became more attuned to these issues of “otherness.” No one ever came up to me and blatantly said “you don’t belong.” However, because I was a recent naturalized U.S. citizen and a South Asian immigrant, I already considered myself an outsider and seemingly innocuous comments reinforced my sense of being the other. And then, there were times when the comments were not so innocent.

For instance, on my first day at the CIA, I was surprised and elated by the exceedingly warm welcome I received. My boss, a White female, walked up to me with open arms and a warm hug. She said she could not be more delighted to have me on board. An hour later, a senior CIA official congratulating me said: “Welcome, you are categorized as a Caucasian by the American census, not a South Asian.” In an institution founded by White males, what I heard was: “We see you as one of us.” But what I thought was: “Are other new officers greeted by being advised of their racial categorization? And what does that have to do with the work I will be doing? ” The inclusive welcome did not land as it was intended. If anything, it immediately made me feel excluded by making me wonder about my racial category. What did this mean? I was fairly certain others – White officers, or Black officers – are not helpfully told which racial category they fall under. This emotional whiplash would continue throughout my career.

A few years later, while attending a seminar on South Asia led by a senior CIA officer, I was incredulous as he pointed to the map of South Asia and said, “All these strange little brown people are not that dumb after all.” I turned to a colleague to say how insulted I felt. This colleague – a White male – said I should just ignore it and not say anything.

Over time, as I grappled with whether or not I was accepted, muffling my rage at the comments and actions meant to sideline me, I feared that this emotional turmoil was further splintering me.

“I am not the other; you are the other”

I could either succumb to this fracturing and give-in to my own and society’s biases, to do to others what was done to me, or I could attempt to forge a new path. My colleagues reacted with a mixture of “It’s not you, It’s them,” or “You are not tough enough, and have to fight harder.” This translated to: I had to work harder at making others feel like they were the problem.

Uncomfortable with these options, I adopted another way. Through self-examination and reflection, with the help of friends and colleagues, I realized that the path forward is not to give in to the institutional/societal pressures to choose a “side.” In the aftermath of 9/11, I have struggled with these existential questions: Do I have divided loyalties considering my ancestry is from South Asia AND I am a Muslim ? Am I an American who can passionately fight for my country’s safety? Isn’t what the CIA is doing (interchangeable with the United States Government) terrible ? During my time at the CIA, was I accepted or was I rejected ? Did my colleagues accept me or was I being sidelined? The answers to all these questions are “yes” and “no.” The way forward was to embrace these ambiguities.

As I rose through the ranks in the CIA, there were multiple opportunities to salve my wounds by diminishing others. However, in conversations, I noticed that my peers and colleagues were also being sidelined and excluded. I realized that this was happening regardless of race or sex – they were White, Black, Hispanic and Asian. Male and Female. This was a major turning point for me, and I began to think about how to bring the disparate parts of myself together, not set one against the other. For me, the American ideal has always been the belief that I embody multiple identities.

In the work world, I translated this into solving our mission objectives through teamwork – at the CIA we are trained as individualists, so to create these diverse teams took enormous effort, and a constant reimagining of my goals to align with my team building perspective.

In my inner world, I managed to achieve a kind of cohesion by relying more and more on others. I spent hours in intense discussions with colleagues and friends which helped me notice how similar our narratives were. I began to understand that we can only know ourselves through others. More importantly, I grasped how much of ourselves we lose in the process of othering.

I would like to conclude this reflection with a comment on forging a new path for our children in this post 9/11 world: Just as my personal journey could only have been possible in an America I believe was founded on ideals of human rights, opportunity and equality, I imagine that the path forward for our children must reach toward our common humanity.