A multifaceted personality, he juggled many hats with aplomb and dexterity. But his soft, kind heart was easily his biggest asset

I first met Chandan when he was resident editor, Hindustan Times, and I was the defence correspondent for SUNDAY magazine, after I hung my boots. Those days, I was writing mainly book reviews for the paper till he asked me to send him the occasional column which he published on the news pages. I recall writing a few stories on Nepal where multiparty democracy had been introduced and elections were to be held. I met Chandan at the Ashoka Hotel swimming pool, where he used to swim, with a plan he had asked for to cover the Nepal elections. I did go to Nepal but he told me, “although Nepal is a very friendly country, few people are interested in it news-wise’, hinting I should focus on something else in my writing. “Arre General, aur kucchh likhiye.” My story on Wangdung, Sumdurong Chu, in 1995 on what is the edit page today and was a news page then — “Why are we withdrawing from our own territory?” — created quite a stir, he told me. 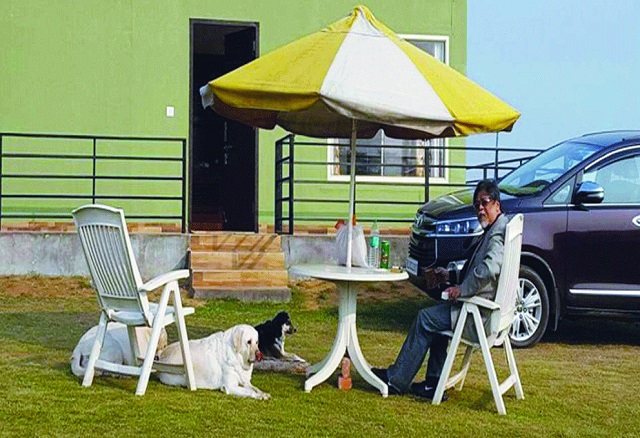 A budding fashion celebrity related to me asked if she could meet Chandan. I gladly organised this tete-a-tete around the fireplace at the Delhi Gymkhana Club. “You’ve introduced me to the most spectacular fashion designer,” he would say. She became a regular on the VivaCity page when he moved as editor of The Pioneer. I wrote my first column for Pioneer when Vinod Mehta had revived the paper after nearly eight decades, in 1991. When Chandan took over the paper, he offered me a column which I have been writing uninterrupted for at least 20 years. I remember Chandan commending me for the anchor story on the Palace massacre in Nepal titled “Ke gardiye ko?” (What have you done?) — these were King Birendra’s last words after his son Prince Dipendra went on a rampage during the weekly family royal dinner after a heady mix of drugs and Famous Grouse. I’m happy to say that Chandan’s views on news-ability of Nepal changed after this.

Chandan joined the Track II circuit when India-Pakistan relations had plummeted following the terror attack on Indian Parliament in 2001. We were together among the who’s who of the two countries. The first dialogue was held in Kathmandu in 2003 where he became a star for his balanced and low-decibel views. He was the only journalist from the Indian side (there was none from Pakistan). He became a favourite of many Pakistanis. It turned out at some moments into a shouting match even when notables like Sartaj Aziz, Niaz Naik, Moinuddin Haider, Ayesha Siddiqua from Pakistan and Satinder Lambah, G Parthasarathy, Raja Mohan, among others, from India were there. In 2013, before the Modi Government came to power, Indians and Pakistanis met in Dubai. Chandan put the cards on the table squarely: “Atal Bihari Vajpayee said there should be talks insaniyat ke daayre mein. This was the most remarkable statement by any Indian PM. It was a unilateral offer of talks, not bound by treaty, letter or precedent. If we adopt this attitude, everything is possible. People of both countries are looking to lasting peace. Humanity implies honour and dignity. But killings must stop across border. The minor issues — Sir Creek, and so on — can be solved in a minute if the intention is sincere. It is important for the new Government in Pakistan to set time limits for itself.” The dialogue was organised by Friedrich Ebert Stiftung.

As a Rajya Sabha MP, he became the de facto leader of the Indian delegation for the annual event held outside India till the dialogue was suspended due to COVID-19. Chandan was a treat to listen to during the off-the-record, free-flowing conversations after a hard day’s work laced with sturdy beverages. Track II is remembered more for all the leisure time talk than the official exchange. Chandan was a great raconteur and, when suitably inspired, would recite Begum Akhtar’s epoch-making “Hamri ataraiya pe aao saanwaria…sara jhagda khatam hoi jaave”. The story goes that when Prime Ministers Indira Gandhi and Zulfiqar Bhutto met at the Simla summit after the 1971 war, Mrs G had gone into the minutest detail about ‘bandobast’, including Bhutto’s favourite Scotch Whiskey, Havana cigars and an after-dinner recital by Begun Akhtari Bai Faizabadi. She sang the thumri Chandan loved. Bhutto congratulated Begum sahiba for her rendition. She asked him, “Kaisa chali baat?” He replied, “Sara jhagda khatam hoi jaave.”

Chandan and I shared two loves: Dogs and Black Dog. I got to know his wonderful wife Shobori who was handling the books page. She was very kind to me with books and obliging with use of space on her pages. We met once over a meal and I will never forget how she took out from her handbag miniature idols of Mukunda ji and placed them in front of her plate; then a pouch of chillies, her very own IED.

When Chandan quit the BJP, I was not surprised. He was not cut out for the Modi-Shah vision of India but was more in the mould of Jaswant Singh, Sushma Swaraj, Arun Jaitley. We got a bit disconnected during COVID though we were conversing digitally. Chandan never said no to me. His large heart always resonated with kindness. Chandan left early and will be missed. I will miss his “Arre General”.