All signs indicate some sincerity on the part of the Taliban government.

On October 8, a terrible blast struck the worshippers attending Friday noon prayers at the Gozar-e-Sayed Abad Mosque in the Khan Abad district of Bandar, the capital of Kunduz, one of Afghanistan’s largest cities in its northern belt. This is a mosque frequented by Shia Muslims, who were referred to as “our compatriots” by Taliban spokesperson Zabiullah Mujahid. Forty-six people died immediately in the blast, and local officials said that many more people were injured in the incident. Not long afterward, the Islamic State in Khorasan Province, ISKP (ISIS-K), took credit for the attack on its Telegram channel. The suicide bomber was identified as Mohammed al-Uyguri by ISIS-K. 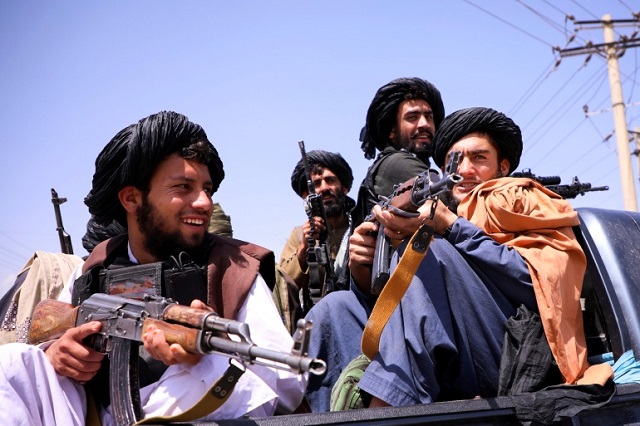 The name of the attacker raised red flags across the region. It indicated that he belonged to the Uyghur community and had a relationship with the Xinjiang region of western China, which is home to most of the world’s Uyghur population. That a Chinese extremist attacked a Shia mosque raised eyebrows in Beijing and in Tehran.

In June 2021, the United Nations reported on the presence of between 8,000 and 10,000 “foreign terrorist fighters” in Afghanistan. The report further stated that these fighters were mainly “from Central Asia, the north Caucasus region of the Russian Federation, Pakistan and the Xinjiang Uighur Autonomous Region of China.” Although most of the fighters had reported an affiliation with the Taliban, “many also support Al-Qaida” and “[o]thers are allied with ISIL or have ISIL sympathies,” said the report. ISIL refers to the Islamic State of Iraq and the Levant, whose Afghan franchise is ISIS-K.

In 2019, in Turkey, I encountered a group of Uyghur fighters from various terrorist organizations, including the East Turkestan Islamic Movement (ETIM), which is now called the Turkistan Islamic Party (TIP). These were hardened fighters, whose main goal was to fight “infidels”; they did not seem interested in anything other than that. The United Nations placed the ETIM on their terrorist list in 2002.

During the war on Syria, large sections of the ETIM—as the TIP—moved to the Syria-Turkey border. The TIP is now largely based in Idlib, Syria, which is the hub of various global jihadi organizations. When it became clear that the Taliban was going to take power in Afghanistan, many jihadis from Central Asia—including from China and Tajikistan—left Idlib for Afghanistan. ETIM’s leader Abdul Haq remains in Syria, where he is also a member of the Shura Council of Al Qaeda.

On October 4, four days before the attack on the mosque in Afghanistan, an Iranian delegation arrived in Afghanistan to hold talks about cross-border trade and to seek assurances that the Taliban will not permit attacks on either Afghan Shia or on Iran. Meanwhile, in Kabul, governors of two neighboring border provinces of Iran’s Khorasan Razavi (Mohammad Sadegh Motamedian) and Afghanistan’s Herat (Maulvi Abdul Qayum Rohani) agreed on facilitating more cross-border trade and ensuring that there is no cross-border violence. In another meeting that took place on October 4 with Motamedian at the Iranian border town of Taybad, Rohani’s deputy Maulvi Sher Ahmad Ammar Mohajer said that the Afghan government will “never allow individuals or foreign groups such as ISIS to use Afghan territory against the Islamic Republic of Iran.” “We (Iran and Afghanistan) have defeated the common enemy,” Maulvi Rohani said in reference to the United States.

All signs indicate some sincerity on the part of the Taliban government. On October 7, the day before the ISIS-K attack on the Shia mosque in Kunduz, Maulvi Abdul Salam Hanafi—the deputy prime minister of Afghanistan—met with a group of Shia elders to assure them that the Taliban would not allow anti-Shia activity. Nevertheless, members of the Hazara community—who are the Shia community of Afghanistan—tell me that they fear a return to the previous rule of the Taliban; during that time, documented massacres by the Taliban against the Hazara Shia community provided evidence of the Taliban’s sectarianism. This is why Iran opposed the Taliban, and why Iran has not formally recognized the current government in Kabul. However, for the past few years, the Iranians have been working with the Taliban against ISIS and ISIS-K, with Iran’s Brigadier General Esmail Qaani as the liaison to the Taliban.

In the 1990s, the Taliban government allowed the ETIM and other Uyghur groups to operate from Afghanistan. This time, there is already evidence that they will not officially permit such activity. Earlier this year, ETIM fighters had relocated from Syria to the Badakhshan province in Afghanistan; reports suggested that the fighters had gathered in the sparsely populated Wakhan Corridor in the province, which leads to China. But in recent weeks, the Taliban security has moved them from the towns surrounding the “Afghan-Chinese border” to other parts of Afghanistan (rumors have been flying about the Taliban’s intention to extradite the ETIM—if not all the 2,000 Uyghurs in Afghanistan—to China, but these rumors are unconfirmed).

In late August, Mattia Sorbi of Italy’s La Repubblica newspaper met with Taliban spokesperson Zabiullah Mujahid. This was a significant interview for the Taliban because Italy is a key partner of China’s Belt and Road Initiative (BRI). Mujahid told Sorbi that China is currently assisting Afghanistan with short-term funds (including $31 million in emergency funds) and that the Taliban see the BRI as their “passport to markets around the world.” China’s long-term concession of the Mes Aynak copper mine, south of Kabul, will allow it “to come back to life and be modernized,” said Mujahid. The Taliban is keen on the BRI, he said, “which will lead to reviving the ancient Silk Road.”

The BRI runs on both sides of Afghanistan, the northern route through Tajikistan to Iran and the China-Pakistan Economic Corridor running southward. The mouth of the Wakhan Corridor would be the opening of a third route, running toward Kabul and to Iran (and linking Pakistan’s agricultural goods to markets in Central Asia and Russia).

Isolation from China and Iran is not a welcome thought in Kabul. The United States is prepared to reengage with the Taliban, which could alter the equations on the ground. If the U.S. allows Kabul to access the funds in its central bank, Da Afghanistan Bank, (sitting in New York) or the IMF funds, these funds will help provide the Taliban with a lifeline. But they are not a solution for Afghanistan, which is caught as it is between China and Iran and the possibility of its connection to the new silk road.