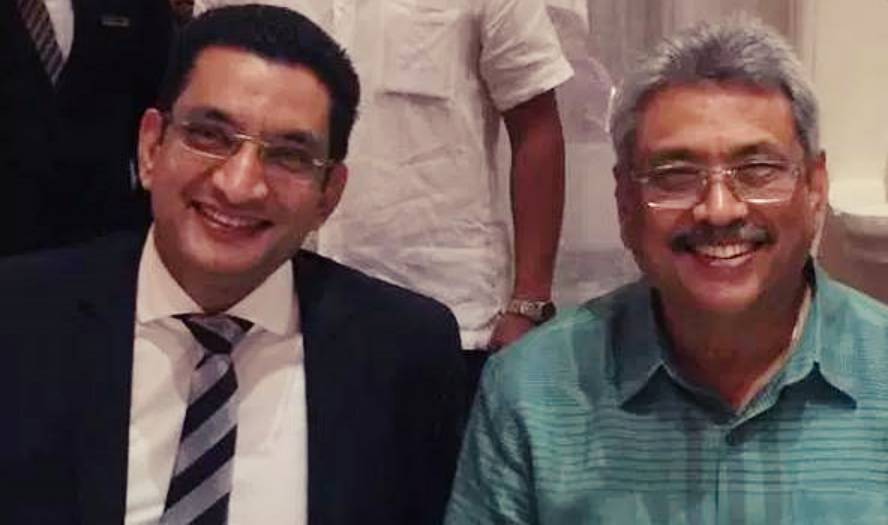 One country, one law, the chairmanship of the Presidential Task Force has recently made headlines in the political arena as his national and religious views have been branded as neutral in society.

The Muslim community was most upset by this as the Gnasara thera continued to take an anti-Islamic stance in the past. Justice Minister Ali Sabri, who represents the Muslim community, objected to the appointment and told the media that he would resign if it was not changed.
But the next day, the Minister’s ministry announced that no such resignation had been officially announced.
Meanwhile, yesterday, the Minister had written two letters and handed them over to the President stating his resignation from the ministry.

Mr Ali Sabri, who met the President, pointed out that going to legislate through such a task force would create unnecessary problems when there is a definite system of law-making in the country. He was not satisfied with the appointment and asked for a change.
However, the President has pointed out that there are not enough reasons to resign for this.
The Presidential Task Force has informed that he was appointed for nothing but to seek advice on the matter.
The President highly praised Ali Sabri’s performance, and this morning it was reported that despite the attempt of Minister Ali Sabri to resign, the President did not like the speech.

Ali Sabbari was the lawyer who represented President Gotabhaya Rajapaksa before he took office. At that time, he was the one who defended Gotabhaya Rajapaksa by obtaining orders to avoid arrest in cases such as the Migana deal and the Meda Mulana grave. He was fortunate enough to get a ministerial cabinet post directly from the national list without any involvement in politics.