From the beginning, Ali Sabry has acted as or like a pious Muslim who will stand up and speak up for his community, while performing his duty. There is nothing wrong with that. But …

(The following is only a layman’s personal opinion for what it is worth. It is hoped that it will be read not as an attack on the intrepid and intelligent young Minister of Justice Ali Sabry, but as a due appreciation of the difficulties of the daunting challenge that he has undertaken on behalf of the nation.)

Justice Minister Ali Sabry was reported to have stated: “The traditional brand of Islamism which has been practiced by Muslims in Sri Lanka for centuries has to be preserved while the religion should not be practiced according to the likes of one group” (‘Islamism practiced over centuries has to be preserved – Ali Sabry’/Daily Mirror Online/October 20, 2021/Yohan Perera). According to the Daily Mirror correspondent, he made this remark after taking part in a religious ceremony at the Dewatagaha Mosque, Colombo. (This architecturally impressive place of Islamic worship is a proud national monument situated at the heart of the commercial capital; it is a symbol of the peaceful coexistence of Muslims with Sri Lankans of other faiths.) The minister was reported to have added: “Unity among Muslims in Sri Lanka should also be preserved just like preserving unity among various religious and ethnic groups.” Sri Lankans of all beliefs interested in the early restoration of the externally disturbed customary religious and communal harmony subscribe to that laudable view with the necessary alterations. But will his equation of Islam with Islamism work in the current context. 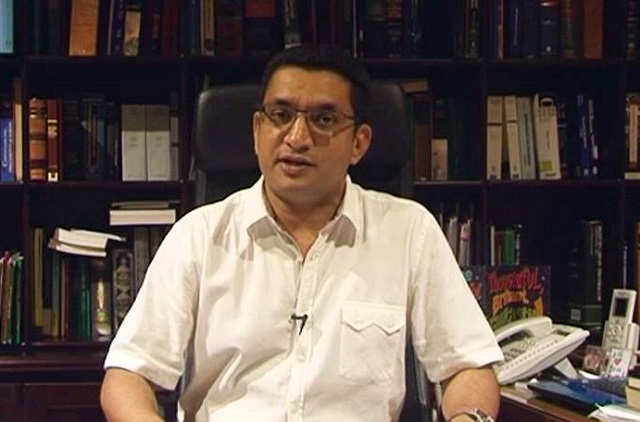 (CAVEAT: There is no way to check the authenticity of the news report, unless Minister Ali Sabry confirms or denies what is claimed in it about him. It has not been indicated in which language he expressed these ideas. Did he actually use the words Islam and Islamism speaking in English or their equivalents speaking in another language, or has the DM reporter arbitrarily translated into English using those two terms what the speaker said in another language?)

But for the purpose of this essay, I assume that the news portal mentioned above has reported the Minister’s words correctly, subject to later correction. I don’t know whether Muslims in Sri Lanka have started using the words Islam and Islamism interchangeably, which, of course, I’d have thought, is a near impossibility, given the universally recognized difference in meaning between the two terms. Google.com defines Islam as ‘the religion of the Muslims, a monotheistic faith regarded as revealed through Muhammad as the Prophet of Allah’. Islamism on the other hand, is generally taken to mean Islamist fundamentalism associated with violent militancy, which is purely a religio-political movement. The Wikipedia defines Islamism thus: “Islamism (also often called political Islam or Islamic fundamentalism) is a political ideology which posits that modern states and regions should be reconstituted in constitutional, economic and judicial terms, in accordance with what is conceived as a revival or a return to authentic Islamic practice in its totality”.

Explaining the relation between Islam and Islamism, the Wikipedia says:

“The relationship between the notions of Islam and Islamism has been subject to disagreement. Hayri Abaza argues that the failure to distinguish between Islam and Islamism leads many in the West to support illiberal Islamic regimes, to the detriment of progressive moderates who seek to separate religion from politics. A writer for the International Crisis Group maintains that “the conception of ‘political Islam’” is a creation of Americans to explain the Iranian Islamic  Revolution and (that) apolitical Islam was a historical fluke of the “short-lived era of the heyday of secular Arab nationalism between 1945 and 1970”, and it is quietist-political Islam, not Islamism, that requires explanation.

“Another source distinguishes Islamist from Islamic “by the fact that the latter refers to a religion and culture in existence over a millennium, whereas the first is a political/religious phenomenon linked to the great events of the 20th century”. Islamists have, at least at times, defined themselves as “Islamiyyoun/Islamists” to differentiate themselves from Muslimun/Muslims. Daniel Pipes describes Islamism as a modern ideology that owes more to European utopian ideologies and “isms” than to traditional Islamic religion.”

(By the way, the Wikipedia is no longer regarded as an easily available smart tool – once praised as such even by Noam Chomsky – for the amateur researcher for the reason that the entries are made by voluntary editors at various levels of scholarship and academic authority and authenticity. The Wikipedia user must be sufficiently educated and well informed to be able to separate the wheat from the chaff. In this case, the definitions given are sound enough, to my understanding.)

When Ali Sabry made the particular remark, if he actually did so, he probably had in mind what the Wiki quote refers to as ‘quietist or political Islam’ (which, in common parlance, is called ‘moderate Islam’).  Moderate Islam is not regarded as a problem, but  Islamism definitely is. It need not be reiterated that the problem of Islamism affects the whole world. As far as Sri Lanka is concerned, Islamic/Islamist fundamentalism came to prominence relatively recently, although it has been smoldering since the mid-20th century as some commentators have pointed out. Given this background, responsible speakers do not use the two words (Islam and Islamism) as alternatives. I believe that minister Ali Sabry speaks as a responsible person. That is why I am sceptical about the Daily Mirror report. But these are strange times. Anything is possible.

However, it is somewhat inconceivable that Ali Sabry, who has been entrusted by the President with such a great responsibility or  an array of responsibilities as he bears in a government that sought election on the main platform of “One Law, One Country” and that is poised to bring in a new constitution, made this thoughtless identification of Islam with Islamism. The President seemed to ignore the well expressed opposition of some of his trusted supporters (particularly the monks) to his selection of Ali Sabry to the justice portfolio. The President appointed him (only a national list MP) as Justice Minister, overlooking such eligible candidates for the post as the SLPP elected MPs Susil Premjayanth, a professionally qualified lawyer with more than thirty-five years of experience at the bar and in constitution making, Dr Wijedasa Rajapaksa, a former minister of justice who served under yahapalanaya and later fell out with that regime. The President did so with a purpose. He wanted to assure the Muslim community that they are safe and will not be subjected to discrimination under his rule, particularly in the face of incursions into Sri Lanka of rampant Islamist extremism, although most Muslims did not vote for him at the presidential election in November 2019. It is conceivable that the President’s more important aim in appointing Ali Sabry to that key post was to enlist the participation of the Muslim community in governance despite their implicit initial refusal of his goodwill. It is unlikely that Ali Sabry has forgotten this.

Perhaps, it is too early to call Ali Sabry’s apparent verbal faux pas a case of letting the cat out of the bag. But those who have been suspicious of him from the beginning will say ‘Thank you for the information.’ Is he running with the hare and hunting with the hounds? Or is he trying to sweep the Wahhabist menace under the carpet? Anyway, let’s hope that he will say something to reassure the over 90% non-Muslim majority + the many ordinary Muslims who do not accept  and oppose (some openly, many surreptitiously) the Wahhabi ideology and who are being persecuted by it; they expect him not to allow any pro-Islamist bias or politically expedient duplicity to cloud his judgement and betray the trust that the President has reposed in him. From the beginning, Ali Sabry has acted as or like a pious Muslim who will stand up and speak up for his community, while performing his duty. There is nothing wrong with that. But the fact remains that there is only one Minister of Justice for the whole of Sri Lanka. The person who occupies that position is required to serve the whole nation without practicing overt or covert discrimination against any community. Attitudes implied by his apparent readiness (though this has not been confirmed, to be fair by him) to see an equivalence between traditional Islam practiced in Sri Lanka and the problematic Islamism that is relatively of more recent origin at least in Sri Lanka could be seen as incongruent with that vital national obligation in a less intellectually gifted politician.