Countries of the region and the west would probably need to prepare for revenge attacks of some form as well – retaliations for the real and perceived “ills” that the Afghans have had to suffer in the last two decades.

While the spectacular fashion with which Afghanistan has descended into chaos in a few short months has shocked many, it has also raised valid questions of what exactly the Afghan war has achieved for the US and the world at the end of the day.

In the wake of the World Trade Center twin tower attacks on September 11, 2001, a cowardly act that took 3000 unsuspecting American civilian lives, there was a widespread sense of shock, fear, anger, and grief. Barely a week after the attack, the US Congress authorized forces to go after the perpetrators of the crime. This effectively started what has turned out to be a 20-year long war, whose stated purpose was to bring the perpetrators to justice and topple the then-Taliban regime, which was seen as providing safe-haven for terrorists and non-state actors. 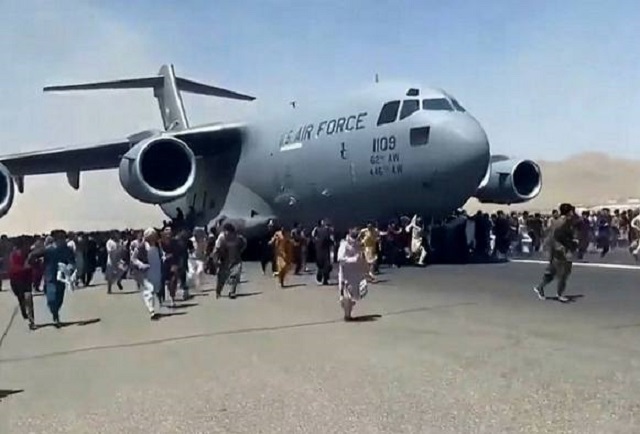 The Taliban regime was toppled and an Afghan Government was set up swiftly by the end of 2001. Osama Bin Laden, the alleged key mastermind of the 9/11 attack, was hunted down and killed ten years later in 2011 in neighboring Pakistan. After accomplishing this, the US troops have lingered on for another 10 years.

It is estimated that over $2 trillion in American taxpayer money has been spent and over 240,000 lives have been lost in the war. Despite this colossal cost, the events of the past several days suggest that democracy in Afghanistan may be back to square one, exactly where it was when the first US troops rolled in 20 years ago.

One wonders if the Americans and their allies ever had a viable exit plan chalked out over the past 20 years. Clearly, the US has failed to equip and train the local Afghan military and police forces sufficiently in preparation for their eventual exit and the inevitable aggression from Taliban. Twenty years has proved insufficient to weaken the Taliban in any way. Twenty years has not been enough to build a strong Afghan leadership that can withstand and navigate a violent assault to democracy.

The ultimate result is that Afghanistan has descended into a failed state once again, exactly what it was 20 years ago. A political crisis has emerged once again. A humanitarian crisis will likely emerge soon, this time in a world that is already stretched by the protracted Covid pandemic and with countries generally being wary of opening their borders. There is also going to be significant geopolitical threat to other countries in the region such as India and Pakistan, and Taliban-led Afghanistan could potentially become a free-for-all breeding ground for Jihadists and terrorists of all hues. It is widely feared that the basic freedoms and quality of life for women will slide backwards once again, brutally cutting short the progress of yet another generation of Afghan women.

Countries of the region and the west would probably need to prepare for revenge attacks of some form as well – retaliations for the real and perceived “ills” that the Afghans have had to suffer in the last two decades. China is arguably a much stronger and aggressive world power today than it was two decades ago. Whether it will seek to fill the leadership vacuum in Afghanistan and how that will alter the dynamics in the rest of the world will need to be seen.

Many say that the right course of action would have been for the US to continue to stay on, since there was no palpable pressure to exit at this point. The question is that if the US had chosen to stay on, how long would have been enough? What would a less abrupt exit plan look like and could that have prevented the Taliban from taking over the country eventually? There is likely no simple answer. US and NATO, perhaps, find themselves in the same predicament as one who holds a tiger by its tail, wanting to get away, but not knowing how to let go. Damned if they exit, damned if they don’t.

Teachers summoned to CID over alleged threats to other teachers

Party Leaders meet both Maithreepala and MahindaDr. Jayaruwan Bandara seeks for 14 days to appear before CID28 persons at a funeral test positive for Covid-19Pahanthudawa clip uploaded by a female – Police