Suddenly the torture stopped on the fourth day of the remand. A detained underworld don living in the same prisoner’s cell said that the torturer did not want to show fresh marks of torture to the magistrate.

“Remand” is a common word used in crime stories in newspapers and television news, mentioned when a suspect is detained and a remand is sought from a magistrate court for further interrogation. 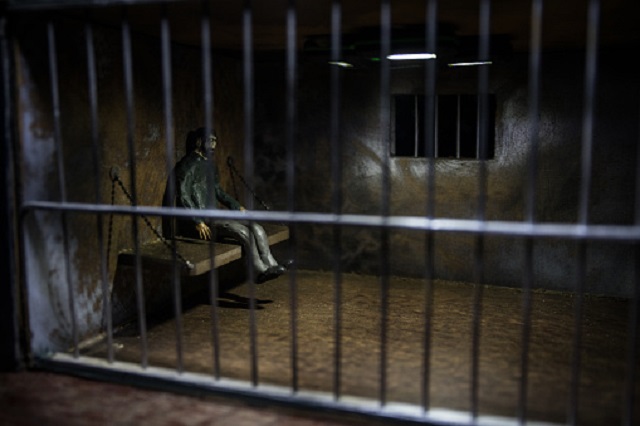 Unfortunately, this legacy has been inherited by the police from the autocratic regime of Pakistan, and Pakistan inherited it from the British colonialists, who tortured revolutionaries and activists of the Swadeshi Movement.

In November 2002, I was accused of sedition, along with other foreign journalists of Channel 4 TV. In the wee hours of Friday in the month of Ramadan, I was hauled up from my friend’s apartment in Uttara. After Jumma prayers, I was driven to the Dhaka District Judicial Magistrate court in the old town.

Four armed plainclothes policemen in an unmarked van with shotguns protruding from the windows. A decoy vehicle accompanied us to cheat the paparazzi photographers and TV cameras. Two lorries with scores of police in riot gear escorted the “person of interest.”

The Friday traffic was thin and reached the court premise quickly. I wanted to get down but was asked to stay put while the detective police officers with walkie-talkies smoked and chewed pan (betel leaves). After several minutes, an officer snarled at the policemen to board the vehicles and head towards the Detective Branch (DB) HQ at Minto Road.

The unknown magistrate granted remand for five days without my appearance at the court. That was the reality of a democratically elected regime of Begum Khaleda Zia (2001-2006), which swept back to power after the October 1, 2001 elections.

Her regime refused to tolerate any critics, dissidents, and opposition. Delinquents were severely reprimanded. The reign of terror by police and intelligence agencies was to instil fear among nonconformist citizens.

Arbitrary arrests, torture, death in custody, legal harassments, enforced disappearances and extra-judicial killings were rampant. This situation further deteriorated when her administration launched “Operation Clean Heart” in the winter of 2001-2002. World leaders and international organizations expressed grave concern over the violation of the fundamental rights of the citizens.

On return from the magistrate court, Kohinoor Miah, the deputy police commissioner of DB who had close ties with Hawa Bhaban, took me to a powerhouse outside the prime minister’s office run by Khaleda’s rogue eldest son Tarique Rahman and thrashed me with a baton wrapped with electric wires and hit my knee cap (which does not swell). After iftar, he again assaulted me and threw me on the floor and held his service revolver on my forehead and screamed that he should shoot me for defaming the country.

During five days of remand, three military officers of DGFI tortured me during interrogation and wanted me to confess a fairytale conspiracy that they had written on their storyboard. I was determined not to confess, nor did I sign any print-outs downloaded from the internet. Thus the scale of suffering increased. I was also denied food, drinking water, a toothbrush, and soap to clean after defecation.

Suddenly the torture stopped on the fourth day of the remand. A detained underworld don living in the same prisoner’s cell said that the torturer did not want to show fresh marks of torture to the magistrate.

Veteran human rights lawyer Zahirul Islam Khan Panna told the court on a petition seeking directives that the guideline for remand is only followed by the Bangladesh International Crimes Tribunal (ICT) during the arrests, detention, and interrogation of war crime suspects.

Saleem Samad is an independent journalist, media rights defender, recipient of Ashoka Fellowship and Hellman-Hammett Award. He could be reached at [email protected]; Twitter @saleemsamad