The economy of the South Asian island nation of Sri Lanka is under a lot of pressure at the moment due to the wounds of the civil war and additional foreign loans for development projects.

Debt-ridden Bangladesh a few years ago is now a country of unprecedented success in debt relief. The world today looks at Bangladesh in amazement. Bangladesh only borrowed from other countries or organizations. Now that history has changed and started giving loans. Bangladesh has given loans to Sri Lanka and Sudan. Bangladesh gave a loan to a country for the first time by giving the first installment of the loan promised to Sri Lanka in August. Once upon a time, it was a ‘Bottomless Basket’ and donation seeker in the international arena. Now it is a lending country. It shows the all-South Asian countries how to revive from ashes. Bangladesh establishes an example in South Asia of how to ensure economic growth amidst various socio-political aspects. 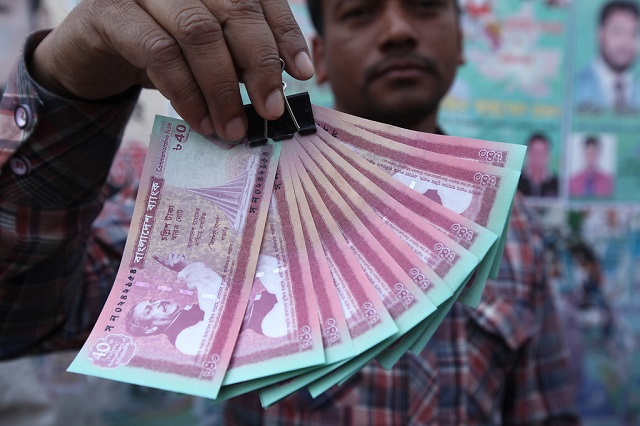 Overcoming various adversities, Bangladesh today is a confident and promising country. Today, Bangladesh has risen to the top of every index of the economy. When the ongoing 10 mega projects are completed, the trend of economic growth of the country will increase and prosperity will increase. It shows the all-South Asian countries how to increase their growth amidst various adversities.

The economy of the South Asian island nation of Sri Lanka is under a lot of pressure at the moment due to the wounds of the civil war and additional foreign loans for development projects. At present, the country’s foreign exchange reserves have come down to 4 billion. Meanwhile, in the midst of the epidemic, Bangladesh’s foreign exchange reserves have reached a milestone of over 45 billion.

Bangladesh Bank released 50 million in the first installment on August 16 based on Sri Lanka’s demand. Bangladesh entered the list of lender countries by waiving that loan. And on, the second installment of 100 million was released in June 2021. This money is being given from the foreign exchange reserve of Bangladesh Bank.

For the first time in 50 years of independence, Bangladesh gave a loan to a country for the development of the country or to meet various needs. Bangladesh made the list of lenders by lending 50 million to Sri Lanka.

In the last decade, Bangladesh has gained this ability to lend due to the huge economic development, increase in exports and increase in expatriate income as the country’s foreign exchange reserves have swelled. Economists hope that this will change the image of the country. And Sri Lanka will be given a total of 250 million dollars. This money will be released in 5 installments.

Sudan, an African country, is unable to repay a loan from the International Monetary Fund (IMF). Bangladesh has taken the responsibility of repaying that loan.

This information has been highlighted in a notification of the Ministry of Finance on June 16, 2021. Earlier, Bangladesh had given similar benefits to Somalia, another African country.

Sudan’s external debt skyrocketed to nearly $50 billion at the end of 2019. It is known that the IMF will get 6 billion US dollars from Sudan. In other words, 5 lakh 10 thousand crore Takas in Bangladeshi currency. When the IMF called on all its members to stand by the country in repaying the debt, almost everyone responded. As a friendly country, Bangladesh also agreed to cooperate with Sudan. In response to the IMF’s call, Bangladesh on June 15, 2021, granted Sudan a loan waiver of Tk 65 crore Taka (650 million dollars)

The next day, on Wednesday, the finance ministry said in a statement that in response to the IMF’s call, Bangladesh had given Sudan a “debt waiver” of Tk 65 crore.

“Sudan is a very indebted and poor country,” the finance ministry said in a statement. The government hopes the funding will strengthen Sudan’s fight against poverty.

However, what happened that Bangladesh is creating one surprise after another? Economists say there are some reasons behind this. Exports, social progress and economic foresight. There are three more reasons besides economic capability. Sympathy, economic diplomacy and political will.

When this was the case, the sudden news came that Bangladesh had provided 200 million in financial assistance to Sri Lanka. The Sri Lankan media has raised the question if Bangladesh can be self-sufficient, why can’t we? In June, the finance ministry of Bangladesh gave more startling news. It has been said that Bangladesh stands by Sudan, the poorest country in Africa. 65 crores Bangladeshi Taka has been provided to reduce the debt burden of the IMF. The country borrowed Rs 510,000 crore, Taka, from the IMF. The economic crisis was so severe that the country could not repay the debt. Bangladesh has come forward after sending messages asking for help from country to country. Bangladesh’s finance ministry says Sudan is heavily indebted and poor. The government hopes the funding will strengthen Sudan’s fight against poverty. At one time Sudan was a British colony. The country gained independence on January 1, 1956, under a treaty. It may be recalled that last year, Bangladesh also provided more than Tk 80 million to Somalia, another African country. That was also in repaying the IMF loan. Sudan, a member of the Organization of Islamic Cooperation, or OIC, has been crippled by debt and poverty, and financial assistance is expected to help overcome the crisis.

Last year, Bangladesh also handed Tk 80 million to help Somalia combat poverty as part of the IMF initiative. Everyone is fascinated by the development of Bangladesh.

The image of Bangladesh and the respect for the people of this country has increased due to the assistance to Sri Lanka and Sudan from foreign exchange reserves. Now the question is valid. Bangladesh is now a lending country! If Bangladesh can be a self-sufficient, lender, economic miracle in South Asia, why can’t others do that? Why does South Asia not take lessons from Bangladesh? Of course, South Asia can learn a lot from Bangladesh.