Trophy or no trophy, victory or no victory; a very pleasing and encouraging thing is that we all are returning to the ‘covidless’ world we had been enjoying before the closing days of 2019.

Pakistan Cricket Team won the three-match T-20 series against Bangladesh in a brilliantly wonderful way but the team was left “surprised” after it was not given a trophy at the closing ceremony of the series; say some media groups. Certainly this type of reporting intends nothing but a desire of creating misunderstandings between Pakistan and Bangladesh; the hi-ups of both countries are no doubt well aware of this bad intention. Very intelligently a spokesperson of the Bangladesh Cricket Board clarified the situation by telling the management of the Pakistan team that they would hand over the trophy after the conclusion of the Test series. 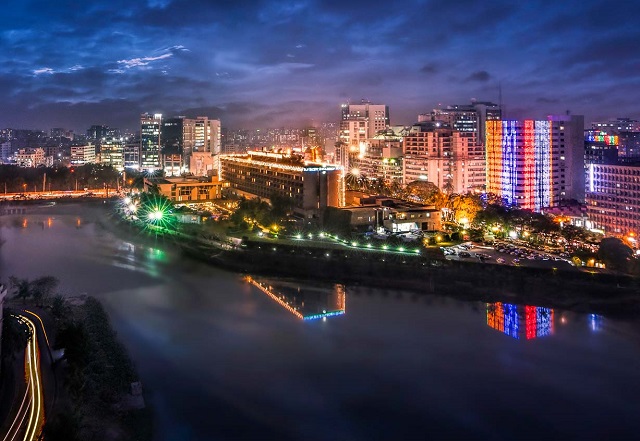 Trophy or no trophy, victory or no victory; a very pleasing and encouraging thing is that we all are returning to the ‘covidless’ world we had been enjoying before the closing days of 2019. Though the effects of that ominous pandemic are still prevailing all around but with the passage of time, the situation is losing its severity and intensity. It is being hoped and wished that very soon things would be completely normal. However behavioral stubbornness and temperamental inflexibility are the traits which are more hazardous and more disastrous than covid. We must try to avoid ‘indulging’ in such destructive traits.

A few weeks back when Pakistan Cricket team reached Bangladesh for playing its first T-20 series of cricket matches with the host country in Dhaka, according to the Hindustan Times, some of the Bangladeshi cricket fans expressed their anger after the Pakistan cricket team hoisted the Pakistani flag in the Mirpur ground in Dhaka. The paper said that the Bangladeshi citizens did not like the act and also ‘felt’ it was a political gesture ahead of the golden jubilee celebrations of Bangladesh’s independence. Dr Murad Hasan, a Bangladesh minister added more fuel to the fire by his immature statement in response to the incident. He said, “Pakistan cricketers hoisted their national flag during practice. This is not acceptable under any circumstances. I can’t support it in any manner. The team must be sent back with the flag.”

It has been a very old tradition during all international sports events that the national flags of the participating countries are hoisted in the grounds where events are to take place; what was wrong if Pakistani cricketers followed that tradition. The fact of the matter is that not even a single person among the Bangladeshi cricket lovers had any objection on hoisting of Pakistani flag; it was desire of the pro-India lobby in Bangladesh that something unpleasant must occur during Pakistan Cricket Team’s visit to Bangladesh. To fulfill that desire a few paid-agents were sent to the Mirpur ground and were asked to raise anti-Pakistan slogans there. As far as Dr. Murad Hasan is concerned, he is a person very true to his salt. This year in August, while addressing a meeting arranged by the Press Information Department, the same Dr. Murad had demanded posthumous trial of BNP founder Zia-ur-Rahman for the alleged assassination of Sheikh Mujibur Rahman.

Zia-ur-Rahman had been the President of Bangladesh from 1977 to 1981. He was assassinated on 30th May 1981 in Chittagong in an army coup. His wife Mrs. Khalida Zia also served as the Prime Minister of Bangladesh from 1991 to 1996 and again from 2001 to 2006. She is remembered as the first woman in Bangladesh history and second in the Muslim majority countries who headed a democratic government as prime minister. Pakistan’s Mrs. Benazir Bhutto was the first lady in this respect. Mrs. Khalida Zia is the current chairperson and leader of the Bangladesh Nationalist Party (BNP) which was founded by her husband Zia-ur-Rahman in 1978. Zia-ur-Rahman, during his Presidentship, tried his best to change Bangladesh’s internal and external politics. His government initiated efforts to create a regional group in South Asia, which later became SAARC in 1985. He improved Bangladesh’s relations with China and the West, and put a full-stop to Sheikh Mujibur Rahman’s policy of close alignment with India. Since he had started his military career from the Pakistan Army and there he was awarded the gallantry award known as Hilal-e-Jurat on his matchless bravery during the Indo-Pak War in 1965, he had a very soft corner for Pakistan. Even his wife Mrs. Khalida Zia was also blamed of following her husband’s policies specifically with reference to Pakistan. That was the reason that Zia-ur-Rahman and his wife Mrs. Khalida Zia both remained ‘persona non grata’ for India and for the family of Mujibur-Rahman.

Hasina Wajid Sheikh, the present Prime Minister of Bangladesh is the daughter of Mujibur Rahman. Just like her father, Hasina Wajid is also always filled with hatred for Pakistan and love for India. On the other hand, Dr. Murad Hasan’s father Motiyar Rahman Talukdar was one of the organizers of 1971 Liberation War. Being a member of the Bangladesh Awami League and being an aspirant of getting a much better position in the party and being the son of Motiyar Rahman Talukdar, it becomes compulsory rather mandatory for  Dr. Murad Hasan to oppose Pakistan wherever and whenever possible. Unfortunately in his heat and haste, Dr. Murad has forgotten that by spreading and promoting hatred, one lives a very temporary life in the pages of history. Moreover threatening the guests of throwing them out of the host country is something very unethical and uncivilized. Bangladesh is a land of very loving, caring and very much civilized people; such ‘intellectuals’ as Dr. Murad simply distort the soft image of the society they belong to. In presence of such ‘immature’ political leaders, nothing good could be expected.