Allen Ginsberg made it an epoch making poem giving details of his on the spot observation, it speaks of the whole of the people who fought for their mother tongue and also for freedom to lead a life of a heroic nation.

Irwin Allen Ginsberg, who opposed imperialism of the United States, was born on 3 June 1926 in New Jersey, USA and died on 5 April 1997 in USA. 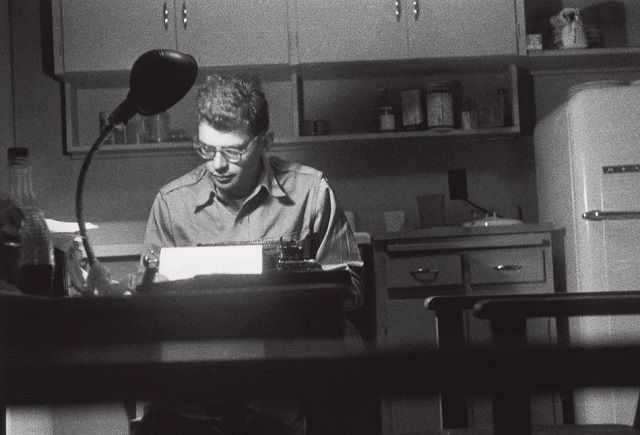 He was an American poet and writer. As a student at Columbia University in the 1940s, he began friendships with William S. Burroughs and Jack Kerouac, forming the core of the Beat Generation. He vigorously opposed militarism, economic materialism, and sexual repression, and he embodied various aspects of this counterculture with his views on drugs, hostility to bureaucracy, and openness to Eastern religions. Ginsberg is best known for his poem “Howl” in which he denounced what he saw as the destructive forces of capitalism and conformity in the United States.

“September on Jessore Road” is a long poem of 152 lines by Allen Ginsberg on refugees from Bangladesh Liberation war in 1971. During Bangladesh’s Liberation War in 1971, the US government was an ally of Pakistan and even sent its 7th fleet to intimidate Bangladesh and India from interfering with the events in the-then East Pakistan, now Bangladesh. This far-famed poem shook the whole world in 1971.

The poem “September on Jessore Road’ was composed by Allen Ginsberg, after he visited the War victims of East Pakistan, now Bangladesh, on Jessore road personally in September in 1971. He first came to know about the horrible and terrifying moments faced by the people of the-then East Pakistan through reports of foreign correspondents; and the harrowing tales of inhuman sufferings of the people caught the attention of the poets and singers who composed songs and poems on them.

Ginsberg came all the way from America to witness the war victims on the overcrowded Jessore road living under the open sky, braving sun and shower and without food, he was greatly moved coming in contact with the millions of war victims who were forcibly evicted from their hearth and home when Pakistani army let loose a reign of terror, killing, burning and destroying everything that came on their way in Dhaka and elsewhere of the country on the fateful night of 25 March 1971 and afterwards. It was a miserable situation and Allen Ginsberg was greatly shocked to see things personally.

With tears in his eyes, he witnessed with pity and awes the inhuman sufferings of the people who were without food and shelter for months together. He also came across the mothers without food and children unnourished. Allen saw the hungry fathers and mothers holding the empty pots for food and succour in trembling hands, he also experienced deaths of people in the refugee camps in India.

Allen Ginsberg composed the poem, ‘September on Jessore Road’ which he recited in a poetry reading session in George Church New York; the poem touched greatly, his friend Bob Dylan, the great Pop singer of the world who gave the poem a musical form and presented in Bangladesh afterwards. Both the song and the poem thrilled the world who looked horrified and pitied on the war victims. George Harrison and Ravi Sankar also arranged concert and the people became awe stricken and were spell bound as they listened to these songs and concerts.

An Indian singer MaushumiBhowmik also composed a Bengali version of the song and performed. A CD of the song is also now available, but surprisingly enough, the US Government headed by President Richard Nixon, and his Secretary of State Henry Kissinger, supported Pakistan and betrayed the cause of the-then East Pakistan’s people. The American people, like people in other countries, vehemently protested and condemned the action taken by the US government.

The poem could not be presented in full, but it contained main issues of the topic:

“Millions of babies watching the skies

Bellies swollen, with big round eyes

No place to shit but sand channel ruts

Millions of fathers in rain

Millions of mothers in pain

Millions of brothers in woe

Millions of sisters nowhere to go.

One million aunts are dying for bread

One million uncles lamenting the dead

Millions of daughters walk in the mud

Millions of children wash in the flood

Allen Ginsberg made it an epoch making poem giving details of his on the spot observation, it speaks of the whole of the people who fought for their mother tongue and also for freedom to lead a life of a heroic nation. Allen Ginsberg was bold enough voicing protest and hatred against his own government and the US President for waging war against Vietnam and also for supporting Pakistan for crushing freedom loving people of Bangladesh, but both the US and Pakistan finally met the poetic justice as the both faced defeat at the hands of freedom loving people of Vietnam and Bangladesh.

Homeless on Jessore Road was under grey sun. Altogether three million are dead, ten million who could walk toward Calcutta from former East Pakistan.

Allen Ginsberg was bold enough voicing protest and hatred against his own government and the US President for waging war against Vietnam and for supporting Pakistan for crushing freedom loving people of Bangladesh. But we may repeat both the US and Pakistan met the poetic justice as the both faced the crushing defeat at the hands of freedom loving people of Vietnam and Bangladesh.

With September on Jessore Road, Ginsberg delivers essentially the same critique of modern America that he does in ‘Howl.’ As he travelled and composed spontaneous poetry with his recorder, Ginsberg hoped to be able “to update and rethink Whitman’s celebration of America” (Carter 54). Just as he had with ‘Howl’, Ginsberg found that he took a much grimmer view of his country. In ‘September on Jessore Road’, Ginsberg gives a picture of utter despair and destitution. He writes of individuals of all ages with nothing but pain, mud, death, and sadness. Babies are shown with “Bellies swollen,” children are “weeping in pain,” parents are “dying for bread,” and the elderly are “silently mad.”

Ginsberg pleads with Americans to realise that, although the scene he depicts exists for them only “on planet TV,” it is all too real for many. While Americans worry over problems that do not even exist, such as what to “buy with our Food Stamps on Mars,” people in other parts of the world are dying needlessly.

Furthermore, in Ginsberg’s opinion, it is not only the American people who are at fault. Although the American government celebrates its humanity, Ginsberg claims that the country chooses to squander its riches on meaningless wars rather than invest the resources to rebuild human life. Thus, when the people of Calcutta cry, “Where is America’s Air Force of Light,” Ginsberg can only reply sadly, “Bombing North Laos all day and all night.”

For his contribution to Bangladesh’s independence, the government of Bangladesh honoured Allen Ginsberg with ‘Friendship Award.’

Only I can say this poem made me cry. Tears broke down my eyes. My endless respect must go to Allen Ginsberg – the poet, all Bangladesh’s people admire him.