Mohibullah’s mission was to protect the more than a million refugees living in squalid camps in the tip of southeast Bangladesh bordering Myanmar.

The assassination of Rohingya refugee leader Mohammed Mohibullah in broad daylight on September 29 has shocked the world. The United Nations, the European Union, and leading human rights organizations including Amnesty International and Human Rights Watch have condemned the incident and demanded a judicious probe into the murder of the popular leader. 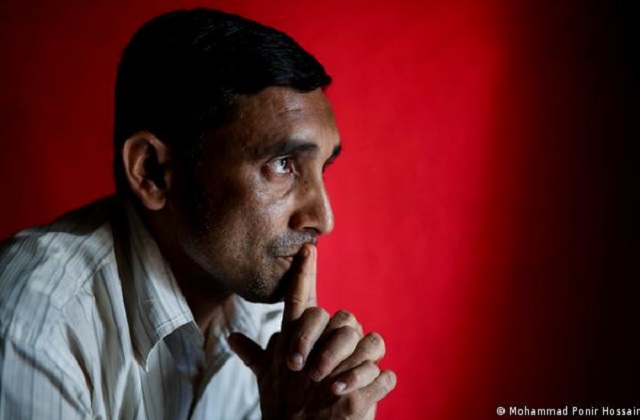 They blamed the militant Rohingya outfit for creating a reign of terror in the Rohingya camps and engaging in extortion, looting, and pilferage of relief materials, abduction for ransom, and torture of “helpless refugees.”

Mohibullah’s mission was to protect the more than a million refugees living in squalid camps in the tip of southeast Bangladesh bordering Myanmar. The refugees fled from Rakhine State after they were declared “stateless” and victims of “textbook-style genocide” by the Tatmadaw, the Myanmar armed forces.

The Rohingya militants have strong links with Jamaat-e-Islam (JeI) in Bangladesh and the militant leadership is headed by a 40-plus-year old Ataullahabu Ammar Junjuni, and has been aided and abetted by Jamaat-e-Islam. A top security agency official who is privy to the intel monitoring unit said that Bangladesh has been able to gather enough intelligence to engage in counter-terrorism operations and rout Arsa militancy.

Bangladeshi security forces intermittently raid hideouts and exchange firefights, which have significantly reduced the activities of Arsa. The military operation has forced Arsa to reduce militancy and instead mingle with the refugees.

Earlier, Bangladesh was utterly disappointed and aggrieved at Myanmar’s allegation of the existence of Arakan Army and Arsa bases in Bangladesh. In a prompt media statement, the Bangladesh Ministry of Foreign Affairs protested such “baseless and provocative accusations.”

The spokesperson for the Myanmar President’s Office on January 7, 2020, had alleged that there was an existence of two Arakan Army bases and three Arsa bases in Bangladesh.

The reality of the presence of Arsa is full of contradictions. When administering the camps, their presence is reportedly visible. There is a semblance of an authority structure, but publicly acknowledging Arsa’s presence and activities within the camps could jeopardize the confidence of international aid and praises of global leaders.

A communication officer of Unicef-Bangladesh, while sharing her experience after her visit to the Rohingya camps, said that the militant outfit often barges into Brac’s community facilities, learning centres, and even child-friendly spaces and hands down fresh notes of Tk100 and Tk50 to each person in the centres, which causes chaos.

According to the law of the country, a refugee cannot be recruited for any paid job. Therefore, they are recruited as volunteers. Officials of the UN refugee agency UNHCR, the International Organization of Migrations (IOM), the Medecins Sans Frontieres (MSF), and international NGOs complain that the volunteers’ lives were threatened by Arsa.

The killing of Mohibullah will continue to haunt the camp dwellers and cause worries among international bodies and rights organizations who are watching Bangladesh’s progress in the criminal investigation of the death of the Rohingya refugee leader.

Saleem Samad, is an independent journalist, media rights defender, recipient of Ashoka Fellowship and Hellman-Hammett Award. He could be reached at [email protected] and Twitter @saleemsamad