The five years of the Yahapalanaya Government had Ranil Wickremesinghe, by no means a ‘Panas Haye Daruwa’ as prime minister but the president was Maithripala Sirisena who took over the presidency of the country on winning the election virtually on a UNP ticket.

The United Nations in December 1990 had declared October 1 as the International Day for Older Persons, which, despite our long years in the media, we were unaware of. We accidently came across it on the Internet only on its 30th Anniversary. Perhaps only few of the old codgers too would have known about it, in Lanka and elsewhere too. 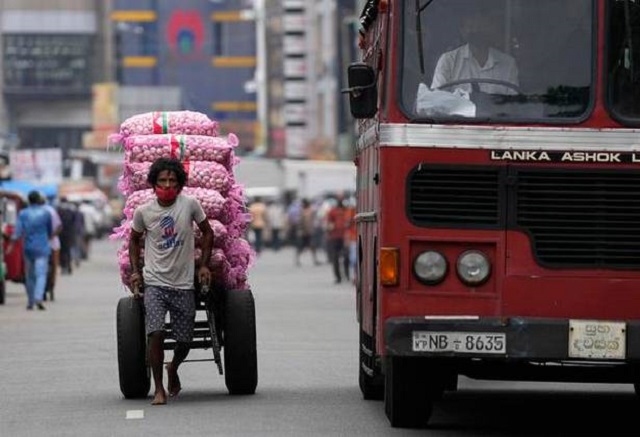 The UN-declared World Animals Day was on October 4 and reports in the media, both Lankan and international, showed that it was celebrated with intense heart-felt emotions, love and concern for animals of all kinds much more than for the old men and women who had nurtured these animal lovers to adulthood.

It will be wrong to presume that the old men and women are today destitute and have none to care for them — their progeny looking away. Certainly as individuals they are looked after with great care by their children and those near and dear to them. There may be only a few exceptions.

However, in Sri Lanka the fast growing aging population is not looked upon as an entity that deserves special attention either by society or the state as in many other countries where citizens are by law provided with basic facilities in the name of social security.

True, in Lanka, public servants are provided with pensions, other employees in state-owned institutions and the private sector have their provident fund savings. Beyond these two schemes, there are said to be other schemes for those over sixty but not known very much.

A 2015 research paper by ESCAP says that only 30 percent of the 60+ population of Lanka receive any adequate pension to keep them out of the poverty line. There are five employment pension schemes listed for farmers, fishermen, self-employed persons and another category but we have not read or heard about these schemes which are probably non-functional. Perhaps we may be misinformed.

Of course, we have heard ‘Samurdhi’ payments and doling out of specific amounts to those below the poverty line through Gramasevekas during emergencies such as during the current pandemic but the vehement public protests of farmers threatened out of existence due to the ban on the import of chemical fertiliser and the recent protests of city dwellers locked up in their homes and unable to earn a living, bare the sufferings of the poor without mandatory social security.

How did paddy cultivators and other vegetable producers who kept the nation fed with rice — the only strategic material of Sri Lanka throughout history — live when their crops were devastated by droughts, floods, plant diseases and pests in the past?

Perhap, poor peasants who lived off the earth during good seasons passed away as their ancestors did — unwept, unheard and unsung beyond their villages.

Now their sole means of existence has been threatened with supposedly good intentions of improving the soil of Lanka. If their crops fail this season will they have the means to exist?

The paradox of it is that each generation of leaders after Independence has been swearing on platforms to protect farmers at every given moment and declaring them to be ‘fit enough to be a king when taken off the paddies and the mud washed off’. But these mythical ‘kings’ have always been beggars.

Which generation of rulers can be held responsible for the desperate plight today of those who kept feeding the nation all these years?

The Senanayakes, Bandaranaikes right up to Junius Jayewardene had a clear priority for economic development: Self Sufficiency in rice.  And this target was reached after Jayewardene’s Accelerated Mahaveli Development scheme.

The current generation of rulers can be described as ‘Sons of the ‘56 Revolution’– their fathers being the founding fathers of the ‘Revolution’ on behalf of the cultivators and industrial workers among other categories. Some progeny of the ‘56 revolutionaries proudly call themselves the ‘Panas Haye Daruwo’. Most of them have been in politics for a long time — Mahinda Rajapaksa since 1968 being appointed as SLFP organiser for Beliatta, Dinesh Gunawardena, appointed General Secretary of the MEP in 1974, Gotabaya Rajapaksa, comparatively new since becoming his brother’s defence secretary in 2005. The daughter of the Revolution of ‘56 Chandrika Kumaratunga twice elected president and having had the present Yahapalanaya leaders under her, now appears to be keeping out of politics.

The Sons of the ‘56 Revolution is now a generation long in the tooth, falling and dyed hair, while leading the people since 1994 — since Chandrika Bandaranaike was elected president. Her second term ended in 2005 and many leading lights of the Rajapaksa Pohottuwa regime of today served under her presidency. This was followed by two terms of presidency of Mahinda Rajapaksa. Thus, for almost 19 continuous years the visions of the ‘Panas Haye Daruwos’ guided the country.

The five years of the Yahapalanaya Government had Ranil Wickremesinghe, by no means a ‘Panas Haye Daruwa’ as prime minister but the president was Maithripala Sirisena who took over the presidency of the country on winning the election virtually on a UNP ticket. He, however accepted SLFP leadership after being elected president of the country. He switched sides and ‘sacked’ Wickremesinghe from premiership but not quite successfully. Sirisena still continues to be the president of the SLFP. Thus it could be said that even the five year Yahapalanaya regime was led by a ‘Panas Haye Daruwa’ (Son of the ‘56 Revolution).

Even the ardent ‘Pohottuwa’ supporters are now trying hard to count the achievements of the ‘Panas Haye Daruwo’ during the near two-year period of their rule ending next month. Splendiferous vistas for the future was what was offered but the Treasury vaults are empty with billion-dollar foreign debts left outside the door.

What have their achievements been not only for the past two years but also since 1994? The singular achievement of the UNP regimes, self-sufficiency in rice, is being insanely dismantled. And there is a billion-dollar foreign debt accrued by the Sons of the ‘56 Revolution that has to be repaid. According to Central Bank Statistics, by the end of April 2021 the total outstanding debt of the Sri Lanka government was US$ 35.1 billion!

Who is to blame? J.R. Jayewardene for switching on to an open economy ten years before India did? The imperial British who left behind one of the most stable economies in Asia or some ‘Mafia whose Mahamolakaruwo (big brains) are conspiring against the Rajapaksa Government’?

The present generation of youth and ‘future generations’ have been endowed by the ‘Sons of the ‘56 Revolution’ with the $35 billion debt even though in every other speech made we hear their leaders proclaiming that all their labours have been and are ‘dedicated for the benefit of future generations’.

The youth are behaving irresponsibly, it is claimed. They cannot appreciate contributions made on their behalf such as construction of walkways at great cost on ancient irrigations bunds for their recreation even during the height of a pandemic and they are not taking the anti-Covid virus injection given free of charge.

A radical sociologist says the youth of today are being grossly misunderstood regarding vaccinations. The point is that they do not want to live anymore in this country because no one knows how to pay back the billion dollar foreign debt they have been endowed with and even though they may toil throughout their lives to pay it back, many, many generations after them too will have to do so or else sell the country!

They feel that they are a generation betrayed by the ‘Sons of the ‘56 Revolution’.

No wonder they don’t give a damn for the UN Day for Older Citizens. Caring for animals on World Animals Day is a much nobler task, in their opinion, the sociologist explains.