Existential crises, from accelerating climate change to a pandemic that is mutating to overcome the defenses of our immune system, have prompted talk of the need for fundamental change. This talk rarely, if ever, touches on the one form of change that is the most fundamental: Altering the way we have kids or create future generations. It is a choice that would change who we as a society are—and who we are becoming. 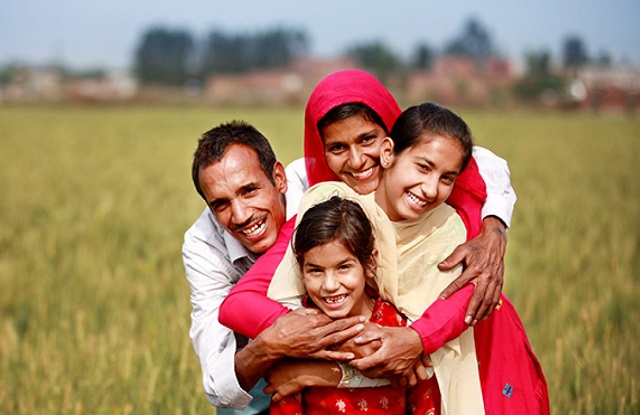 This option is almost never discussed, despite the disproportionate long-term positive impact better family planning policies can have on the environmental, inequality, and public health crises we face, because it means making decisions that are not individualistic in nature, but are, instead, shaped by the need to ensure a better and a more sustainable future for everyone. Whatever happens in the world, for many, that sense of familial autonomy and privacy—the right to have as many kids as they want, when they want, irrespective of the needs of both their own families and the environment, the opportunities the children will or won’t have—gives them a feeling of power and freedom. Most people are at best unaware of and at worst uncaring about how their decisions impact the freedom of others—future generations’ freedom to a fair start in life, and freedom from the ravages of the climate and other ecological crises.

Much like the refusal to wear a mask during the peak of the pandemic, the assertion of autonomy relating to the questions of having kids is absurd and cruel in the current circumstances. It’s a power-grab masquerading as an assertion, rather than the praxis, of freedom. Unlike those who refuse to wear masks to protect others from the spread of COVID-19, however, people asserting the self-contradiction of procreative autonomy are buoyed up by the population growth culture pushed by governments and big business because baby-making grows the pyramid—which Nobel laureate Steven Chu decried—atop which these parties sit.

In my experience—having spent over a decade wrestling with leadership in civil society and social justice to stop treating the right to have kids as an unlimited right, instead of something more nuanced like free speech—I have found that the dilemma boils down simply to being a collective action problem. Most people would plan for and have children more sustainably and equitably if they could be assured others would too. But there is a lack of trust that whoever goes first will see others follow suit. Such problems are nothing new. That is why we have a social contract and government, which can help us act collectively, and perhaps lead us to a more child-centered thinking of working together to give every child a fair start in life.

In the United States, Black families typically have one-tenth the wealth of white families. The impacts of this wealth disparity are especially hard on kids, and can ripple forward into future generations. President Biden’s child care and tax credit proposal is a step in the right direction, but it could be better. All benefits to wealthy families who don’t need the funding could be cut. Those savings could then be used as cash incentives to power up family planning and early childhood investment systems in the United States to target child abuse by amending the federal child abuse law, incentivizing having kids only when parents are really ready, and promoting smaller and more sustainable families, as well as fostering and adoption. These changes can have 20 times the impact on climate emissions, as compared to short-term fixes, and when they are made as part of recognizing our sacred constitutional right to nature, they will create massive long-term savings and catalyze sustainable development.

Senator Cory Booker (D-NJ) has already proposed a vehicle called “baby bonds,” which would “create a new American birthright—giving every child a fair chance at economic opportunity and mobility,” and if these changes are made progressively, they can accomplish significant sustainable changes.

This change can help combat climate change and widen the opportunities for children, all while achieving goals that go beyond U.S. partisan values. It specifically prioritizes children and social equity over big business (as leftists seek to do) and improves the possibility of personal autonomy without the interference of so-called big government (thus satisfying the interests of the right wing).

This article was produced by Earth | Food | Life, a project of the Independent Media Institute.

Carter Dillard is the policy adviser for the Fair Start Movement. He served as an Honors Program attorney at the U.S. Department of Justice and served with a national security law agency before developing a comprehensive account of reforming family planning for the Yale Human Rights and Development Law Journal.

Agri academics request meeting with PresidentSeveral programmes to mark International Children’s DayOrder of the World and Things to ComeNative Americans: The First and Forgotten Slaves