Dangerous Goods Regulations are implicitly accompanied by the requirement that anyone requesting samples should provide the necessary evidence that they are registered with their government for the receipt of such substances and that they have the appropriate facilities, staff, and security measures in place to carry out work on the samples received.

One of the things that I always say about bioterrorism, whether it’s ourselves at the federal level, folks at the state level, or folks in the private industry, we’ve done many great things, especially since 9/11. — Mike Johanns

The International Civil Aviation Organization (ICAO) has designated 2021 as the Year of Security Culture (YOSC) and stated that “2021 will commemorate the 20th Anniversary of 9/11 the worst acts of unlawful interference in the history of aviation. The importance of understanding the threat to aviation and promoting best practices in security throughout all aviation operations is therefore imperative’.  The thrust of this statement lies in the ICAO qualification that “ In order to ensure the success of the YOSC, ICAO will focus inter alia on executing  a global security culture campaign, which will support the organization of national, regional and global events to raise security awareness in aviation, especially in the light of COVID-19”. 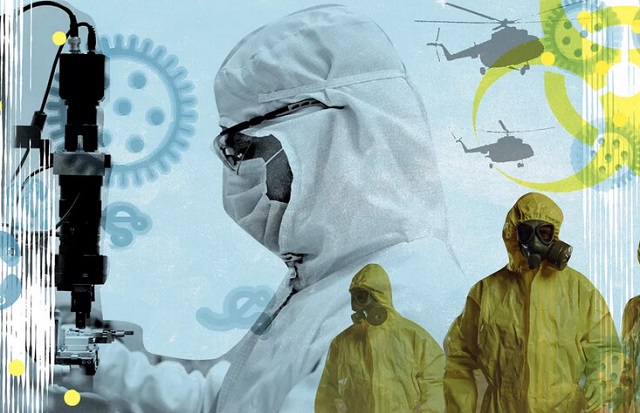 One could interpret the mention of COVID-19 within different parameters, one being that terrorists will take undue advantage of wantonly spreading the virus through air transport, which may have been the point of reference envisioned by ICAO.  Another interpretation could be that terrorists would, encouraged by the rapidity with which the virus spread through air transport in 2020,  attempt the exposure of the travelling public to other dangerous pathogens.

On 8 to 10 September 2021 ICAO held its  ICAO Global Aviation Security Symposium 2021 (AVSEC2021).  The programme of the Symposium does not give a clear indication as to whether bio terrorism was considered and addressed as a security threat to aviation and only those who attended would know whether this ominous subject was an issue under discussion at the event.  Be that as it may, an effective global and regional security culture ought to address this possible threat.

The subject of bio terrorism sits in ICAO under the umbrella of its Collaborative Arrangement for the Prevention and Management of Public Health Events in Civil Aviation  (CAPSCA) mainly as a public health issue. The main objective of CAPSCA is public health protection – the general public, air travellers and aviation personnel through collaboration with States and the security aspects of pre-emption and pre-emption must lie somewhere else in the Organization.

A bioterrorism attack is the deliberate release of viruses, bacteria, or other germs (agents) used to cause illness or death in people, animals, or plants. These agents are typically found in nature, but it is possible that they could be changed to increase their ability to cause disease, make them resistant to current medicines, or to increase their ability to be spread into the environment. Biological agents can be spread through the air, through water, or in food. Terrorists may use biological agents because they can be extremely difficult to detect and do not cause illness for several hours to several days. While some bioterrorism agents, such as the smallpox virus, can be spread from person to person some agents such as anthrax are incapable of doing so.

There are four diseases recognized as most likely to be associated with bioterrorism potential: anthrax; botulism; plague; and smallpox. Although these agents are considered to be the most likely to be used in bioterrorism they are not usually prioritized in any order of importance. There are other agents which offer potential to bioterrorism such as those causing tularemia, brucellosis, Q fever, viral hemorrhagic fevers, viral encephalitis, and a disease associated with staphylococcal enterotoxin B.

There are others which cause security experts concern as emergent threats to security through bio terrorism. These are Severe Acute Respiratory Syndrome (SARS), monkeypox and pandemic influenza. These are naturally occurring diseases, which are of concern because they are new and/or epidemic. Outbreaks of dangerous pathogens may occur naturally or as covert or overt events. An outbreak is suspected only upon recognition of unusual disease clusters or symptoms. For example, SARS was recognized as a naturally occurring event initially from Southeast Asia in February 2003.

The principles and practices of bio surveillance, a new interdisciplinary science, were defined and described in a handbook published in 2006.  Data which potentially could assist in early detection of a bioterrorism event include many categories of information. Health-related data such as those collected from hospital computer systems, clinical laboratories, electronic health record systems, medical examiner record-keeping systems, 911 call center computers, and veterinary medical record systems could be of help in the fight against bioterrorism. Researchers are also considering the utility of data generated by ranching and feedlot operations, food processors, drinking water systems, school attendance recording, and physiologic monitors, among others. Intuitively, one would expect systems which collect more than one type of data to be more useful than systems which collect only one type of information (such as single-purpose laboratory or 911 call-center based systems), and be less prone to false alarms. This indeed appears to be the case.

The leakage of dangerous pathogens  from laboratories presents an ominous analogy to the aviation sector in that the same could well occur in the carriage of such dangerous goods by air. Although past instances of escaping dangerous pathogens are small in number, nonetheless their occurrence and the threat posed to the wellbeing of humanity cannot be underestimated. In 2002 when Anthrax spores escaped from two military laboratories in the United States, the authorities agreed that the leakage was due to a security lapse.  In 2003 a string of such leakages occurred in Asia, this time of the SARS virus.

It is now known that the laboratory is not the only place where security lapses could occur. Modern exigencies require samples of deadly pathogens to be transported regularly over vast distances to reach researchers across the world. This calls for a delicate balance between recognizing the compelling need for scientists to exchange and collectively use different strains in order to identify naturally occurring diseases and mutations on the one hand and ensuring that the transport of these infectious substances  are carried out according to United Nations Model Regulations  on the other. These model regulations are the base upon which specific provisions for the carriage by air are formulated in the packing of samples of infectious pathogens for transportation by air. The shipment of infectious agents or diagnostic specimens by air must comply with local, national, and international regulations. International air transport regulations are contained in various documentation of ICAO and Dangerous Goods Regulations – an annual publication of the International Air Transport Association (IATA) published in January, and usually revised on a yearly basis.

Dangerous Goods Regulations are implicitly accompanied by the requirement that anyone requesting samples should provide the necessary evidence that they are registered with their government for the receipt of such substances and that they have the appropriate facilities, staff, and security measures in place to carry out work on the samples received.

Rapid response to a dangerous pathogen event requires prompt identification of its onset. Because of the rapid progression to illness and potential for dissemination of some of these agents, it may not be practical to await diagnostic laboratory confirmation. Instead, it is necessary to initiate a response based on the recognition of high-risk syndromes, i.e., typical combination of clinical features of the illness at presentation that might alert healthcare practitioners to the possibility of an outbreak. Examples of syndromes potentially resulting from infections with dangerous pathogens include: encephalitis/meningitis, hemorrhagic mediastinitis, severe pneumonia, papulopustular rash, hemorrhagic fever, descending paralysis and nausea/vomiting/diarrhoea.

An outbreak is usually identified consequent to a rapidly increasing disease incidence (e.g., within hours or days) in a normally healthy population, such as unexplained death with fever in a non-trauma patient, or a botulism-like syndrome, meningitis, or encephalitis in more than one patient.

The inherently uncontrollable nature of a dangerous pathogen makes bioterrorism unattractive as a warfare strategy. However, the potential power of genetic engineering cannot be marginalized or underestimated and the compelling need for continuing vigilance cannot be ignored.  ICAO must propagate this fact to States through its regional offices as well.

Dr. Abeyratne is former Senior Legal Officer at ICAO.  He currently teaches air law and policy at McGill University and is a Senior Associate at Aviation Strategies International.   Among his many publications is Aviation Security Law (Springer:2010).