Having failed to pacify farmers’ protests, despite use of excessive force, BJP government was forced to repeal the controversial farm laws. The repealing of laws seriously affected ‘invincibility’ of Modi thus increasing challenges for BJP.

by Tanvir Ur Rehman

BJP after killing more than 750 farmers and injuring thousands of them, failed to break their will and ultimately submitting to their demands. BJP’s submission to farmers has not been liked by Sang Pariwar. Therefore, they are using extra constitutional means to cause sacrilege of their sacred religious places to hurt the sentiment of Sikhs. BJP considers Sikhs as main proponent of their failure, hence Sikhs are facing the wrath of BJP which is likely to intensify until they are marginalized. BJP’s highhandedness would not restrict to Punjab but they will target Sikhs diaspora abroad. 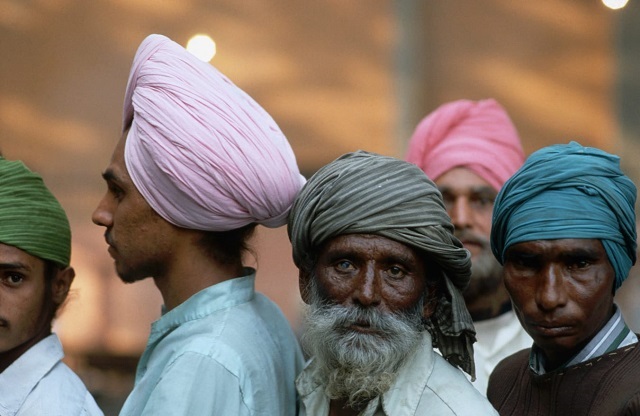 Bomb blast at Ludhiana by a sacked policeman, is RAW’s machination to defame the Sikhs movement. RAW also desires to create fear in the minds of Sikhs inland and abroad with a view to suppress their voices on Human rights and Khalistan issue. Indian government is intentionally creating chaos in Punjab to marginalize Sikhs with a view to create space for their Hindutva policies. Repealing of farm laws was an eye wash for electoral gains. Sikhs understand the intent of Modi govt.

Having failed to pacify farmers’ protests, despite use of excessive force, BJP government was forced to repeal the controversial farm laws. The repealing of laws seriously affected ‘invincibility’ of Modi thus increasing challenges for BJP. Now Hindutva backed BJP government is at odds with farmers / Sikh community and they are planning to dent the unity among them.

Modi government is feeling embarrassed due to bad performance in UP & Punjab and is also fearing humiliation in upcoming state elections. It is also under increased pressure due to Khalistan referendum as well as growing internal security concerns in Punjab. There are also apprehensions in Indian political as well as security circles about hijacking of farmers’ protests by separatist elements. Few days back Sanyukt Kisan Morcha’s (SKM) announcement to convene a national convention on 15 Jan 2022 to review government’s commitments indicates that SKM has leverages in its hand as elections in Punjab and UP are around the corner.  Announcement of SKM (Punjab unit) to float a new political outfit has further infuriated BJP.

Perturbed by demands of referendum, Indian establishment, using RAW and other tools is working on a deliberate plan to repeat the episode of operation Blue Star. In such circumstances, possibility of India using Army to oppress the Sikhs peaceful struggle cannot be ruled out. Sikhs need to be aware of Indian machinations and world community must take notice of Indian high-handedness.

Reputational hurt to Modi due to protracted farmers’ movement is non-digestible, hence Modi will take revenge using multi-pronged strategy to politically engineer elections, discredit Sikhs in information domain, use judicial lever for forging cases against prominent Sikhs and farmers’ movement leaders. On the pretext of Khalistan separatism, he might use security forces to break the will of those having dissenting views with the center. He will also utilize Godi Media for political advantage of BJP. He is also planning to use his charisma of personality to influence foreign governments against prominent NGOs working for the cause of Sikhs and minorities.

Saffaronized institutions have polarized the society and trust of common citizen has vanished away. People prefer to settle the scores through violence over engagement with courts. It has undermined the basic structure of Indian judicial system. Blast in Delhi court by a DRDO scientist and a constable in Ludhiana court complex point towards growing disappointment of people from the government institutions. India with corrupt judicial system will continue to face this challenge until Hindutva policies are in place.

Dismissal of Head Constable Gagandeep Singh and other Sikhs might be a deliberate effort to reduce the representation of Sikhs in Security Forces. Head Constable Gagandeep Singh is one example where he was so much frustrated with machinations against minorities that he resorted to violence through bomb blast. Continued oppression of Sikhs is increasing the concerns of 20% Sikhs soldiers within Indian Army. Any operation directed against Sikhs will lead towards split within Indian Army. Despite concerns of Army, BJP is likely to continue its flight on the path of extremism and ultra-Hindu Nationalist policies.

Hindutva mindset and extremist BJP policies directed against Sikhs have increased their frustration and is forcing Sikhs to take up arms/ resort to bomb blasts to attain their basic rights. Ludhiana blast is a signal for Hindus to end their oppressive activities directed against minorities. Sikhs can go to any level against the Hindutva driven policies.

At last but not least I would like to divert your attention towards the only solution which every government in India likes to adopt in response to all the problems and that is “Blaming Pakistan”. Without putting their own house in order they simply blame Pakistan for every bad happening and start drum beating. Without properly investigating the issue, they simply blame Pakistan and when asked to provide evidences, India always failed to do so. Same happened with the Khalistan Referendum and Ludhiana blast as well. India tried to put the onus on Pakistan but Sikhs in Punjab refused to eat the bait. The Jathedar Hawara Committee has termed the bomb blast at the court complex Ludhiana near the polls as a politically motivated incident to defame Sikhs at international level. Similarly, Navjot Singh Sidhu, Chairman Indian Congress Punjab and a prominent Sikh leader while talking to Media stated that “With the blast and blame game after that, it is a clear indication that a particular community is being targeted for polarization purposes. Instead of following democratic way, hooliganism is introduced to create fear, which is very dangerous for Punjab. This raises doubts about role of agencies being used as puppets. This is being done to destroy the socio-economic fabric of Punjab”.

The writer is a PhD scholar from Islamabad, Pakistan. Views are persional