Archbishop Tutu made his name for being authentic. He maintained: “Blacks don’t believe that they are introducing violence into the situation, they believe the situation is already violent.”

These are the words of Late Archbishop Emeritus, Desmond Tutu of Cape Town, South Africa, a fearless, formidable and forthright human who passed away at the age of 90 on 26 December 2021.

President Cyril Ramaphosa of South Africa expressed his “profound sadness”. Britain’s Boris Johnson said he was “deeply saddened”. Many other world leaders too will share their grief in the days to come. 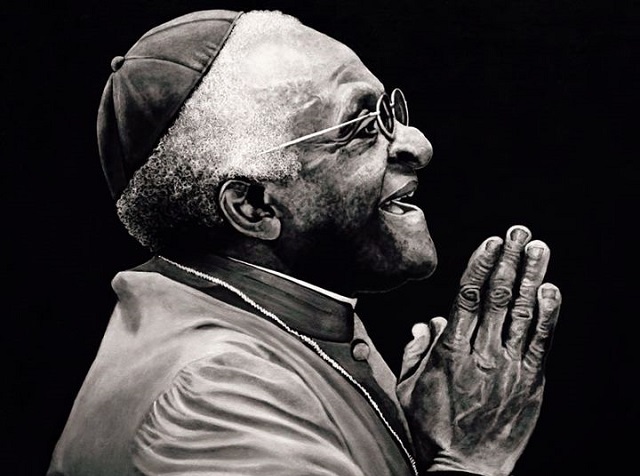 Politics was inherent in his religious teaching. He was a turbulent Priest, a Human Rights campaigner, a Spiritual leader, a Global Celebrity, a Climate Change emissary, and among others, a vitriolic speaker for Black people the world over.

I remember Archbishop Tutu as a man who was outspoken, a man of courage, great vision and extraordinary intellect. He used his religion as a platform to foster equality and freedom for all, not especially for Black people of his country, but for all Black races around the globe. While at the same time he tried hard to “heal the wounds of the world”. His passion for injustice was encompassing. He was fearless in stating that Apartheid was “nearly as corrosive to the spiritual, the physical and political development of the White population, it was supposed to protect”.

However, he was also tender, vulnerable as we recall, for all people who suffered injustice, not only Blacks, He stood against violence. As much as he was against White racism, he displayed equal disapproval against his own community and its leaders. In 2004, he accused Late President Thambo Mbeki of South Africa, of enriching a tiny elite. He was also dead against Past President Jacob Zuma about the state of affairs in his country. He is quoted as saying: “You and your Government don’t represent me. You represent your own interests. I am warning you out of love.”

He did not allow himself to hate his enemies. As Chairman of the Equalities and Justice Commission, he said it was necessary to open the wounds to clean and cleanse it, but he believed in the “principle of restoration, rather than retribution”, as he sought to bridge the gulf between Black and White.

He was able to apply his Elder Statesman stature, in later years to advocate Social Justice for all, talking on occasions about HIV/Aids, and the right of terminally ill to die with dignity.

A Star is born

No one individual can dislodge prejudice. No one can be a role model for long as in my opinion, history creates personalities at different epochs to serve as guideposts of decent life and morals of society.

As time goes on what was done by great and effervescent visionaries, call them Statesmen, Philosophers, Guru’s, is undone by the nature of Man as a human being. Things get to a state again, when life is intolerable, unbearable and suddenly the cloud disappears and a star is reborn, salvation is in sight.

Society accepts these visionaries, with trepidation, with fear of what they are letting themselves into. At first they are unwelcome, there is disquiet, unease and loud criticism. There is even fear for the lives of these visionaries. There appears a time when these visionaries and their views have to be listened to, if not tolerated and perhaps, protected. Then as they age, and a trickle of subdued light falls into the window of darkness, these luminaries are bestowed with honours, accolades, and praise for what they are and what they have contributed to mankind. Then comes the mourning of their loss, eulogies and elegies recited until the dawn of a new Era. Does this cycle continue? Who knows?

Archbishop Tutu is no exception, He made his name for being authentic. He maintained: “Blacks don’t believe that they are introducing violence into the situation, they believe the situation is already violent.”

However, he was tender and vulnerable for all who suffered injustice. His sermons were strident and most often with humour to convey his message, He said what was apparently injustice. “Black lives were cheap.” Nobody could deny it, including the Blacks, rather, no one dared to question him. He further said: “We had the land, and they had the Bible. Then they said to us: ‘let us pray,’ and we closed our eyes in prayer. When we opened them, they had our Land and we had the Bible”.

May a thousand flowers bloom in his heart? God rest his soul.