The central theme of governance of Mr. Modi, both as Chief Minister of Gujarat and Prime Minister of India, is his undiluted focus on poverty alleviation, industrial and economic development and  social progress.

With the birthday of Indian Prime Minister Narendra Modi on 17th September,2021, more than  Mr. Modi,  a large section of Indian population and admirers of Mr. Modi abroad will be celebrating his birthday with considerable satisfaction and with sense of pride. 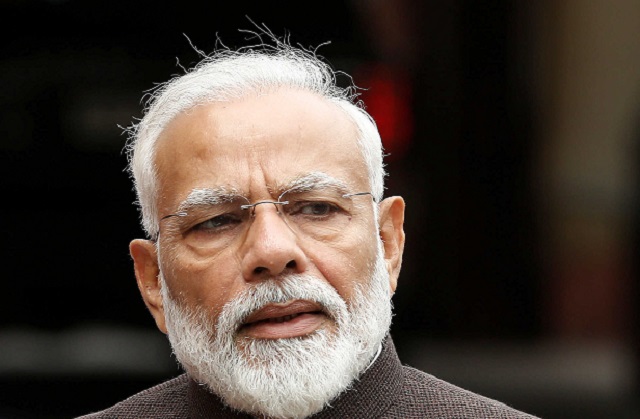 Having held public office in India for more than twenty years as Chief  Minister of Gujarat state for several years and now as Prime Minister of India for over seven years, it is remarkable the personal integrity and courage of conviction of Mr. Modi have not been questioned or doubted.  This is a record of sort in India, where in the post independent years after 1947, most of the top political leaders in the country have faced charges of corruption or nepotism or favouritism towards friends and families. No one can miss the fact that Mr. Modi has ensured that even his close family members do  not have any influence on his method and actions. Mr. Modi is known to love and respect his mother which is as it should be. Even his mother is not known to have asked any favours from him which speaks highly of this worthy mother of  worthy son.

Again, this is extremely significant that both as Chief Minister of Gujarat and Prime Minister of India, Mr. Modi has firmly ensured that his ministers and top bureaucrats would remain  corruption free . He has been trying his best to maintain the tone of administration at high level by himself putting forth long hours of work every day and without availing leave or going on holidays and remaining as a tough task master.

In the last twenty years or so, the critics of Mr. Modi have been extremely harsh towards him with one opposition leader going to the extent of calling Mr. Modi as “merchant of death”.  He has also been ridiculed by some opposition leaders for being a chaiwala (tea vendor) in young days, when his family was facing poverty conditions.  What is remarkable here is that Mr. Modi has not reacted to such observations with any sort of visible anger and he has largely ignored them with the  contempt that they deserve.

The central theme of governance of Mr. Modi, both as Chief Minister of Gujarat and Prime Minister of India, is his undiluted focus on poverty alleviation, industrial and economic development and  social progress.

Some of the  highly significant socio economic  schemes and measures that Mr. Modi has introduced as Prime Minister of India include opening zero bank account for poor people, free LPG connection to those belonging to lower income group, construction of toilets for poor households, free housing scheme for poor, promotion of yoga practices  and so many others. He has ensured that benefits of all such schemes directly reach the people , particularly poor families. Such schemes are now too many to be exhaustively covered in one article.

Mr. Modi’s foreign policy is very well balanced and he has refused to over react to the situations, inspite of provocations from neighbouring countries and   kept India’s interests firmly in view.  It  is   well known that both China and Pakistan are virtually considering India as adversaries and are   directly or indirectly targeting  Mr. Modi’s leadership.  There are many credible rumours that both these countries are trying to create internal troubles in India by subtle and nefarious steps with the objective of destabilising the Modi government. Mr. Modi is dealing with such grave issues  and is ensuring that the country would remain largely unaffected.

Mr. Modi has not concealed the fact that his mindset  is devoted to Hindu religion  and he is proud of India’s traditional practices and Hindu way of life. At the same time, he has been repeatedly emphasising that all religions in India are respected.  Taking advantage of  India’s democratic structure and practices and free speech , religious extremists have been creating controversies and religious conversions with overseas support are also happening  in India. Mr. Modi is treating these issues  as per the provisions of the law.

Mr. Modi’s clean India campaign is a recognition of the ground reality that Indian streets are not clean and environmental cleanliness has to be improved. His clean India scheme  is still work in progress  stage and is steadily forging ahead.

While recognising India’s urgent need to promote industrial and economic development and recognising the constraints in technology and investment capability in India, Mr. Modi has framed pragmatic and proactive policy measures to encourage overseas investments in India, which would inevitably lead to introduction of modern technologies and scientific practices and create global outlook and mindset among Indians.

To cut the wrong story short, any discerning observer can clearly see that Mr. Modi is tackling the complex problems of India with clarity in thoughts and actions and firmness in implementation.

Certainly, Prime Minister Mr. Modi’s governance is on right track. He has initiated several schemes of far reaching importance, which need considerable gestation time to reach the ultimate goal and objective. Obviously, this points to the fact that Mr. Modi’s stewardship of India should continue for several more years to come.

Mr. Modi is the tallest political leader in the country today and India is bound to stay tall with him.