It is well known that most of the Hindus  are  tolerant people and  are devotees  and have firm faith in destiny, peace and amity.

The recent grave incident in Bangladesh when Hindu temples were attacked by Islamic extremists , when several Hindus were killed , has caused huge concern amongst the Hindus living all over the world. Many Hindus are wondering as  to what mistake they have done to deserve this kind of violence against Hindus. 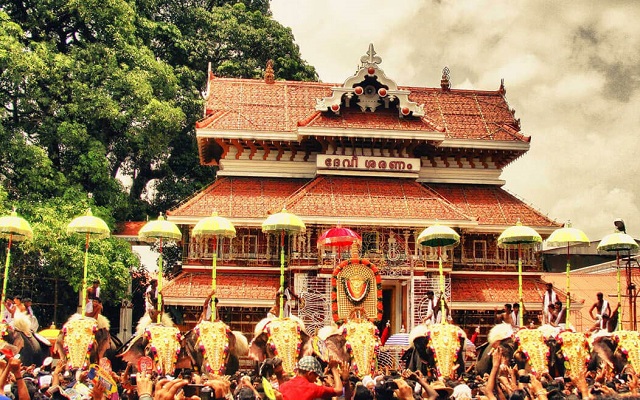 It is well known that most of the Hindus  are  tolerant people and  are devotees  and have firm faith in destiny, peace and amity.

Historically, India has been invaded several times by Islamic groups from other countries, when they attacked Hindu temples , took away the jewels and other valuable , massacred the protesting Hindus and forcibly converted large number of them to their religion.

In such circumstances, one would expect that in India, Hindu religion would be treated on par with that of other religions.  Unfortunately, this is not happening.

Before India attained independence, several Hindu temples were taken over by the British government. However, churches and mosques were not touched.  Hindus expected that after India attained  freedom and considering the fact that India declared itself as secular country, all religions would  be treated on par.  However, a law was enacted in 1951, when it was declared that Hindu temples could  be taken over by the government.  However, churches, mosques and places of worship of other religions would remain with the private religious groups.  Such anomaly conditions prevail till today.

In all the states in India , from time to time, even after India declared itself to be a secular country,  more Hindu temples with good income have been taken over by the governments.  There are thousands of temples in India today of large , medium and small size. The target  of the governments is  to take only large temples with good income. Today, several small temples with minimum income are unable to even conduct  day today religious  rituals as per the Hindu traditions. The priests in these small temples are struggling with inadequate income and the facilities are poorly maintained. The governments do not care about the condition of these  small temples.

In recent time, the government in two states in India namely Tamil Nadu and Kerala seem to be carrying out a calculated onslaught against the Hindu temples.

Today, both these states are ruled by political parties whose leaders have openly confirmed that they are atheists and do not believe in God and have no respect for religious practices.

In Kerala, the communists are leading the government and they are systematically trying to disturb the practices in Hindu shrines. They tried their level best to introduce new element of conflict in worship pattern in Sabarimala temple in Kerala.  In the case of Padmanabaswami temple in Thiruvananthapuram, historical treasures of the temple have been made into a subject of controversy with the matter before the judiciary now.  The Kerala government has recently taken over a Hindu temple in Kannanur without any  transparent justification.

In the case of Tamil Nadu, the political party in power during the last five months, after the party started governing the state, have been targeting  the Hindu temples in variety of ways.  It changed the recruitment policy of the priests in some temples , deliberately introducing an element of conflict  between different castes amongst Hindus. The Tamil Nadu government says that it is retrieving the encroached land belonging to Hindu temples and has been boasting itself of making considerable progress.  In the case of the retrieved land belonging to Kapaleeswarar temple in Chennai, the government proposes to build car parking place, marriage hall etc. So many other plans to use the land belonging to other temples are under the consideration of the government of Tamil Nadu.

Further, the Tamil Nadu government has decided to take away the gold and jewels in the temples, melt them and convert them into bars , deposit them in the banks to get interest for the government.  So many other “reforms “ seem to be under the consideration of the government targeting Hindu temples.

General public perception is that most politicians in India are not straightforward and incorruptible people.  Many of them have been accused and punished for acts of corruption and nepotism. When the temple lands and temple jewels are used by the government , which is run by the politicians,  for some purpose , there is bound to be corruption and siphoning away of funds.  From this point of view, the acts of the politicians are highly suspect in the view of the people.

Tamil Nadu government has not cared to elicit the opinion of the Hindus in taking such measures with regard to Hindu temples.

The ground reality is that the government is in charge of administering the temples and have no powers or authority to deal with the land of the temples or jewels and gold belonging to the temples in it’s own whimsical ways.

It appears that the views of the politicians in power in Kerala and Tamil Nadu about the mindset of Hindus are correct, since most of the Hindus are  simply reconciling  themselves to the decisions of the government against the Hindu temple practices and putting up with the insults to Hindu community.

It is true that offence is not an option   for Hindus ,as a strategy for dealing with developments. However, defence is certainly an accepted and noble way  for the Hindus in defending the cause of their religion.

The silence of Hindus in the case of onslaught against the Hindu temples by the governments of Tamil Nadu and Kerala is too conspicuous to be ignored anymore, and it appears to  be a case of deafening silence.