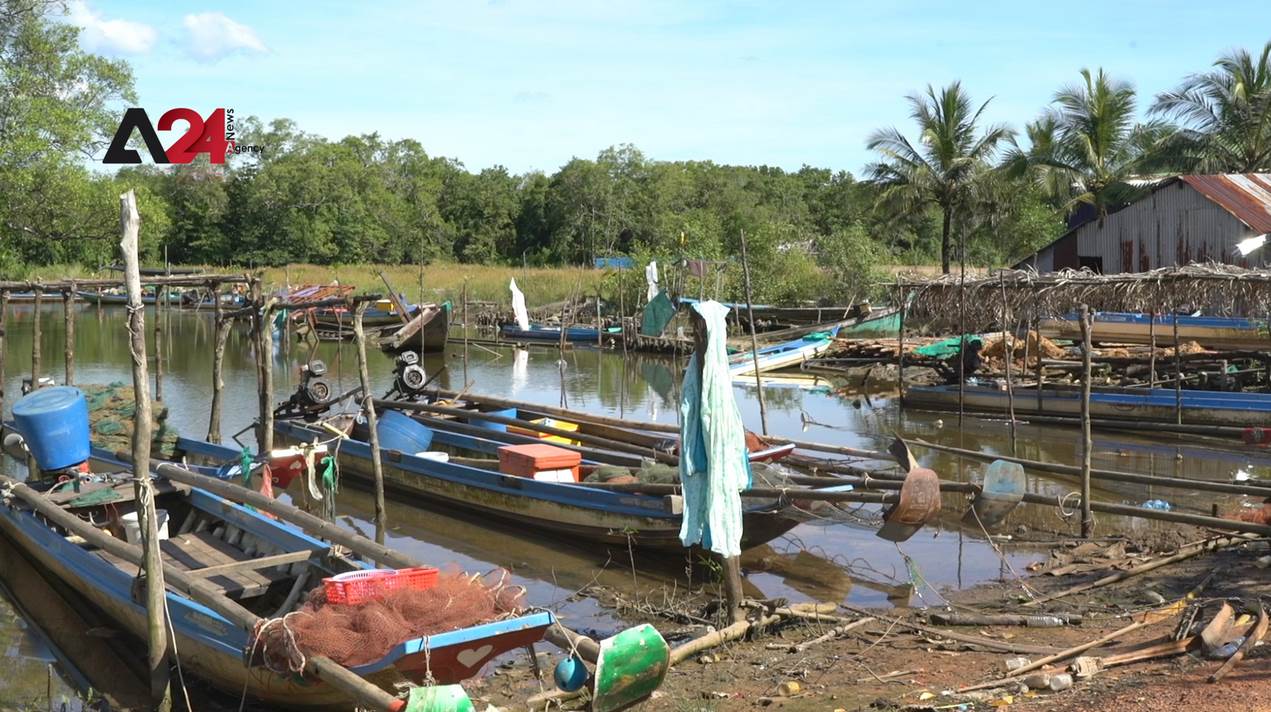 A group of rice farmers in the Prey Nob district, Cambodia, were compelled to sell their land owing to the frequent rise in sea levels, which harms their crops. They believe that the establishment of private companies (shrimp farms) near them, is a significant cause of sea-level rise as the salty water flows from the shrimp farm to their rice fields, damaging the crops, and now, only 40% to 50% of the villagers continue to grow rice while the rest sold their land to private companies. The Farmer, Moung Rin, said that he has been growing rice since 1984, and when seawater began to flow to his rice fields, he was forced to sell his land. Meanwhile, the deputy fishing community leader, Khun Run, stated that climate change has caused a continuous flow of seawater into the freshwater area every year thus destroying rice crops, in addition to the fact that the dams gates are quite old, and not durable, allowing seawater to intrude into the rice fields.