To achieve the Paris Agreement’s goal of limiting global temperature rise to 1.5 Centigrade,Carbon emissions MUST be halved by 2030.

The shortest answer to my question, is that small nations like Sri Lanka and perhaps, the Maldives, can do nothing to make a difference to climate change when bigger island nations, like Australia, keep on scavenging for coal from the bowels of the earth and exporting it to China. 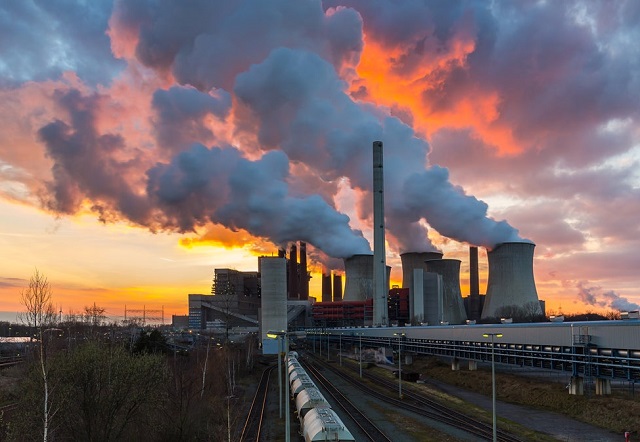 The big question in everybody’s mind is how to manage expectations at COP 26 Conference starting in Glasgow on 31 October 2021. The chances of world leaders agreeing on new commitments to tackle climate change at COP26 look incredibly slim. Even “good old or young” Boris Johnson has admitted it is “touch and go” to even try to get the agreement needed.

New reports from Sir David Attenborough reveal the level of harmful gases in the atmosphere has already reached a record high last year 2020, despite the lockdowns. Who said, a long promised $100 billion Climate Crisis Fund for poor nations is already three years late.

World leaders gathering in Glasgow will no doubt hope against hope to build on the commitments set out in the 2015 Paris Agreement. We are told the talks will bring in thousands of delegates including Heads of State, Climate Experts and of course diehard

But, in my opinion, and I hope I am wrong, the UK and even the rest of the world seem not yet ready to make the changes a “Green Agenda” can to achieve the goal of net zero carbon emissions be met by 2030, let alone 2050.

I would not be in to see this day, but as an “oldie” I want to say, “Can nuclear power help fill the gap left by fossil fuels?”

How can COP26 encourage consumers to make sustainable choices is quite naturally on everybody’s mind? Carbon concentration in our atmosphere is the main idea of the Conference. “Green, Green” will no doubt mean a tremendous sacrifice. Everybody is aware that the public is responsible for polluting the atmosphere. To make things possible it is the ordinary men and women who will have to put a price of Carbon for getting on to sustainable living? The public must come to know the price or cost of tidal, wind, solar power, and nuclear power among other renewables, to understand which is cost effective. Besides, we will need all of the resources, lower density, smart fuels and most important, a satisfactory solution to Nuclear waste. Thus it is more than just an economic question. We cannot have a Wind Farm here, a Wind Farm there, it must be a programmed frame of action, not just action but concerted action by all the nations of the world. Further, Nuclear plus Wind alone will not solve the problem. The sheer complexity of Climate Change, of “fracking in US,” “of coal production in China and Australia,” of “Nuclear Phobia in Japan”, “Geological dispersion” plus all the geographical variations of the use of fossil fuels around the world, all combined is massive to contemplate, more to be tackled.

What does it take just to achieve the Paris Agreement?

Carbon dioxide and other greenhouse gases such as “Methane” we are informed, cause heat to become trapped in the Earth’s atmosphere leading to a global warming effect. 191 countries signed up to the Paris Agreement in 2015 to agree steeper emission cuts, known as “nationally determined contributions”. 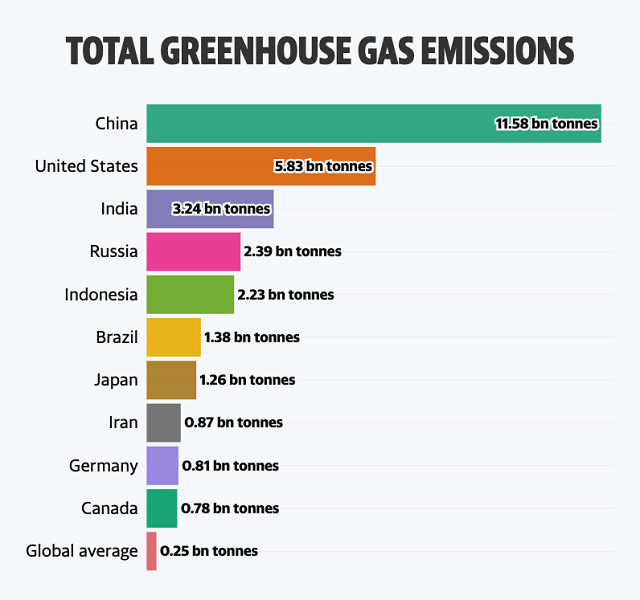 To achieve the Paris Agreement’s goal of limiting global temperature rise to 1.5 Centigrade,Carbon emissions MUST be halved by 2030. This level of rise is important as if it gets more, then there will be more heat waves, extreme weather, even severe drought, bush fires and long burning sudden fires among others, leading to severe economic losses, forced migration, extreme poverty and of course, loss of human life. If US economy GDP grew at only 2 percent in Q.2 ending September 2021,as a wave of COVID 19 cases, supply chain bottlenecks, surging inflation and ebbing federal lifelines downshifted the pace of the nation’s economic recovery, just imagine the sharp slowdown if there severe drought caused by Climate Change.

As our President, Gotabaya Rajapaksa of Sri Lanka, stated by video conference at the “High Level Thematic Debate on Delivering Climate Action for People, Planet and Prosperity” at the UN, New York on 27 October 2021, “developed nations must fulfil their commitments to help the planet heal and developing countries need meaningful multilateral and bilateral support to implement climate change mitigation and adaptation”.

As our President will also be attending COP26 and that “bussing” or trainloads of Tamils in UK are already descending in Scotland and planning a massive “satyagraha” outside the Conference Hall in Glasgow, on the 31 October 2021 until the conference ends.

What they or the world does not know, is that the North and the East of Sri Lanka, may become a desert like the Sahara or the Gobi Desert, and that there will no longer be humans, let alone Tamils, able to populate this part of the island, not in 2050, but as early as 2030, and/or the island of Sri Lanka may like Lemuria, many eons ago, become submerged along with the Maldives, where British love their honeymoon.

The short sightedness of the human nature

Of course, most of the world leaders or the Tamil youth parading outside COP 26 Glasgow, will be no more, by the time of nil carbon atmosphere contemplated by 2050, humanity will be left with either having to be extinct like in the Age of the Dinosaurs’ or may have to find settlement in the outer planets of our Earth.

Let our leaders and those other campaigners honestly tell the world now, what price they can pay for this “existential threat” to our atmosphere, addressing environmental change and not hide behind the wider issues of affordability, cost of living crisis, skills and experience shortage, psychology of offloading problem to someone else, or even the nuclear safety option and the exact steps they will take to reduce global warming.

What are the good intentions on Climate Change and how can we reach our goals?

Does it really matter to do the right thing for Climate Change for the wrong reasons?

Does it matter which way we come to achieving Climate Change? Are we talking a language which the public does not understand or resonate? What is stopping people being more aware of Climate Change?

In my opinion, there is no clear motivation where Governments want to go with Climate Change? The idea of saving the world is too ambitious. We need to quantify how the ordinary public can be motivated to take measured steps to reach the goal of Climate Change. We need behavioural change, a change in attitude, help people to get to that place, a change of mind set in the public – in short, public perception of Climate Change. How every step on the way will benefit each member of society?

I refer here, to energy efficiency, cost savings, a cost benefit analysis of Tamils and Sinhalese working together, to save the whole island, rather than only caring to help one community. Yes, we are all in one island, one law. But let us live in the here and now, not about 2050 and take every small step towards our goal.