The World heavily depends on sea-borne trade for its continued existence and allows all countries to participate in the global marketplace in the high seas. 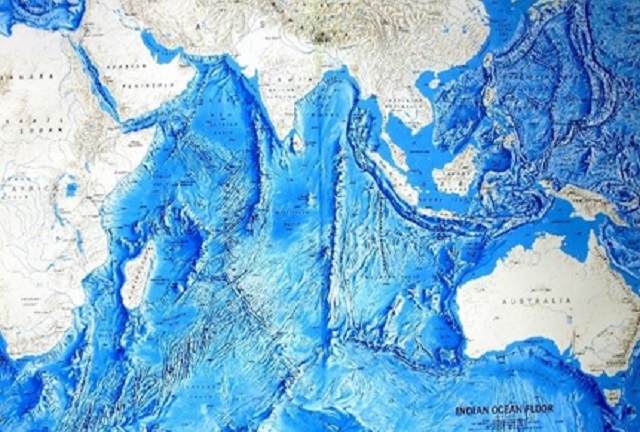 Undoubtedly the economic and political affairs of South Asia have been dominated by the sea.

The Indian Ocean covers 20% of the earth and it is ranked the largest water body in the World. IOR comprises 38 littoral states, 24 Ocean territories and 17 landlocked countries. 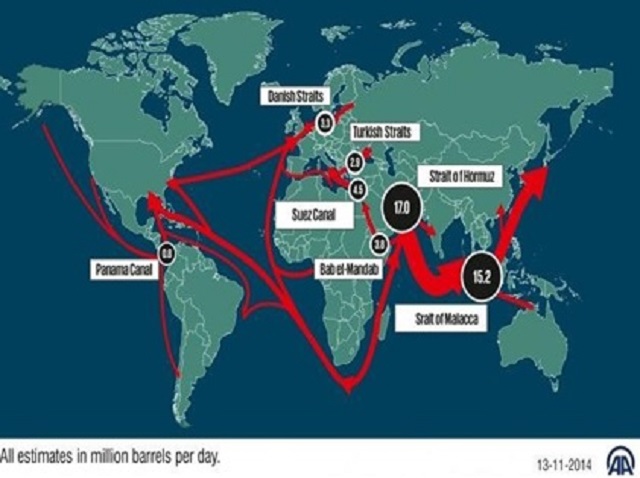 I recollect here what Dr Ash Cater, US Secretary of Defence said in 2015 at Shangri-La -La dialogue after visiting Singapore strait in a P-8 surveillance aircraft with Singapore Defence Minister Ng. What he said was “what I saw were fully laden oil tankers, one after another moving towards the East. and similarly, empty oil tankers moving to other directions.

That day I realized how much China, Japan and South Korea depend on Arabian Gulf oil and it was an eye opener to me. Please remember 15.2 million barrels of oil transported daily in this sea route.

The IOR Littorals are concerned about the vulnerability in the region due to various non- traditional maritime security threats such as piracy, maritime terrorism, climate change, IUU Fishing , illegal immigration and smuggling for arms and drugs.

As described by Robert D Kaplan in his book “Monsoon” , in World maps that are being used in America, the Western Hemisphere is located in the Centre while the Indian Ocean has almost disappeared. 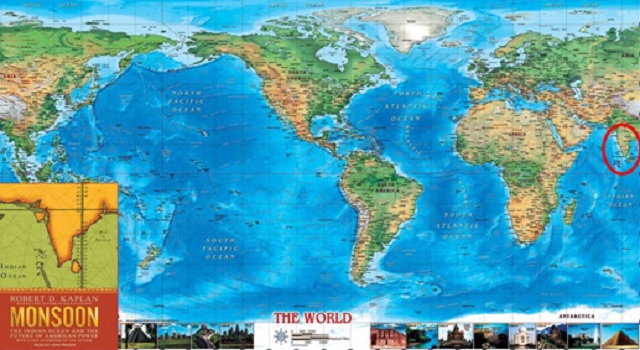 Monsoon: the IO and the future of American Power

This was very much relevant in the 20th century, but not in the 21st century as the focus has been fundamentally changed. Kaplan has identified a few countries as “Monsoon Asia”, which includes India, Pakistan, China, Indonesia, Myanmar, Oman, Bangaladesh and Tanzania.

He explained how important these countries are to American power and firmly believe that this area will be winning or losing grounds of democracy, energy independence and religious freedom.

There are currently two main sources of insecurity in the Indian Ocean. The first is the instability of some of the littoral and hinterland states. To a certain degree both sea-based terrorism and maritime piracy threatens the security of International shipping.

Moreover, sea-based terrorism can also be aimed against land target.

Out of non- traditional maritime security threats, I am going to focus on drug trafficking.

Drug traffickers have extensively used the sea route to take advantage of the incapability of most Navies to place 100% surveillance. Unless intelligence is very accurate and timely, apprehension of the drugs will be a tough task.

Sri Lankan fishing fleet consists of 30,470 motorized boats. Out of this, around 4000 boats are being operated in deep sea fishing and have capability to stay more than one month out at sea. 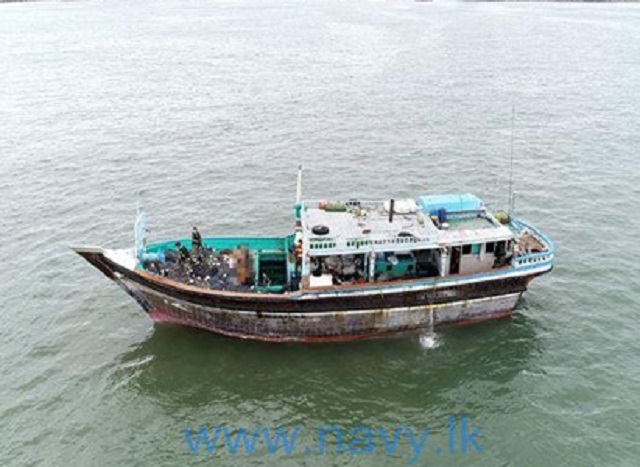 Most of the apprehensions by SLN were Ocean going – wooden hull dhows loaded with drugs at Makran coast , which were smuggled from Heroin factories in Afghanistan.

These dhows sail Southerly from Makran coast , pass South of Maldives territorial waters , reach equator and remain drifting in high seas. The smugglers are smart enough to always stay in International waters and if any warship approaches them, they will just dump their heroin packages to sea.

On Northern route, Combined Task Force CTF 150 in anti-piracy operations Headquarters in Baharain confirmed more than 22,000 tons of illegal narcotics, much of it destined to fund terrorism has been seized in the Northern Indian Ocean, but narcotics destroyed by throwing overboard and dhows were allowed to return to home ports.

The heroin trade born in poppy fields of Afganistán is a major source of revenue for extreme groups. With the Taliban becoming rulers of Afganistán, we cannot expect anything good in drug smuggling. In Sri Lanka, as per estimates by the Dangerous Drugs prevention Authority in Sri Lanka , strong heroin addicts consumed 4- 8 milligrams of heroin per day.

Sri Lanka has approx. 40,000 heroin addicts. Due to the close family system, if a child is addicted to heroin, he or she will be reported to authorities for possible rehabilitation. So, these 40,000 figures are fairly accurate.

So, we know Sri Lanka’s yearly consumption of heroin. That is approx. 116.8 kilograms. (8mg x 40,000 x 365). As per thumb rule, law enforcement agencies catch only 10% passing by drugs and contrabands between borders.

You see this figure is far more than Sri Lankan consumption. Where are these drugs’ final destination? Surprisingly, we have not caught any sizable number of drugs leaving our shores to third countries.

We have to work hard and work together to find answers for this question.

In the meantime, we have to be one step forward when working with drug smugglers. They have money, power and the latest technology. Therefore, nations working together and sharing their knowledge, expertise and training are paramount important. The United Nations Office of Drugs and Crime (NUODC) and Sri Lanka Navy jointly conduct periodic training programs on VBSS, evidence collecting and identification of new types of synthetic drugs. Specially smaller Island nations in the Indian Ocean who have only a Coast Guard required to improve their VBSS Capabilities.

SLN ship – in – box training facility also developed to give real feeling of climbing to a ship out at sea to these foreign trainees.

When we talk about enhancing existing maritime competencies, the relationship between Indian Navy and SLN and also Indian Coast Guard and SLCG are unique. All officers do their Sub Lieutenant courses, specialization courses, staff courses and ultimately NDC do at Indian Naval Institutions. This relationship kept our Navy highly professional. If we have done well in eradicating terrorists in Sri Lanka , it is due to sound knowledge we received in India.

The action by ICG and Indian Navy with support of Sri Lanka Navy and. International salvage company was able to douse the fire and tow the ship to safety avoiding a major oil spill.

Now the Exercise Dosthi is carried out based on a road map to enhance cooperation. Further work is carried out on table top exercises, including legal and policy issues related to piracy.

Even though the agreement, first signed in 2014, went into cold storage for six years due to various reasons but happy to note, this Maritime Security Dialogue was revived with meetings with top security leadership of three countries in Sri Lanka in August this year. Now the intention is to invite both Mauritius and Seychelles to join India supporting Coastal Surveillance Radar System to Maldives, Mauritius and Seychelles are welcome signals. Similarly, India will support Sri Lanka’s existing Automatic Identification System (AIS).

It is happy to see India-has signed for sharing white shipping information with 26 countries.

These facilities in sharing information has helped all three countries (India, Maldives and Sri Lanka) to overcome security challenges out at sea including act of terrorism, piracy, drugs, weapons and human trafficking, IUU fishing and Maritime pollution.

It is therefore very important for India to work with other smaller nations in the Indian Ocean to improve and enhance them. Maritime Competencies for collective capacity building. 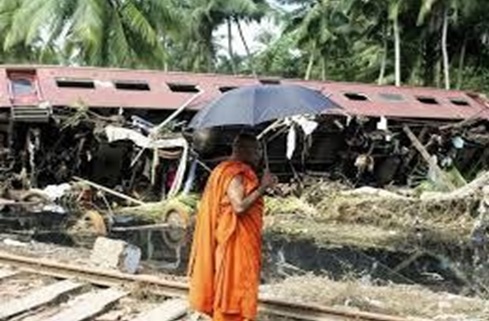 I am failing in my duty if I do not recollect this August gathering, “Operation Rainbow”, the Indian Navy and Coast Guard action to provide immediate Humanitarian Assistance to those affected by Tsunami waves hit our shores on Boxing Day, 26th December 2004.

Lasting over more than two and half months, this remains the largest relief operation undertaken by India outside the country.

The architect and executor of this Operation, then Indian Navy Chief of Naval Staff Admiral Arun Prakash PVSM, AVSM, VrC, VSMis in this hall. I salute you Sir for saving thousands of innocent lives in my country.

It reminds me of what late Foreign Minister Luxman Kadiragamar told of Indian support during that critical hour. “Friend in need – friend in deed”

I wish Goa Maritime Concave all the best.