According to the press statement issued by the CCC, The Chamber welcomes the focus on digitization, development of the hub concept, infrastructure development in investment promotion zones/SME development zones, removal of registration fees for Start-ups, green economy and targeted relief for vulnerable sections of the public impacted by the pandemic. While welcoming the several steps announced to improve the financial management of public sector institutions, the Chamber is concerned that these may be negated by the proposals to increase the retirement age to 65 years and the cadre by 50,000 new recruits. The recognition of the need to reform state owned enterprises and optimise the use of underutilized state assets is noteworthy and the Chamber looks forward to more opportunities being created in the near future for private sector participation in this process. 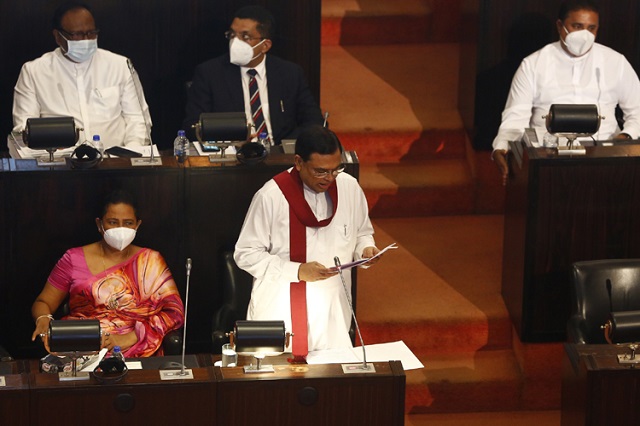 The Chamber in its Pre-Budget proposals highlighted the importance of the Government maintaining the current tax laws and rates while maintaining macro stability and focusing on developing key areas of the economy. We are pleased to note the alignment of policies with our budget submissions and past recommendations related to Tax administration, Trade Facilitation (in particular, implementation of the National Single Window), improving the Ease of doing business by specific export facilitation, improving backward linkages in the apparel sector, reskilling of workforce, acceleration of e-government and improving of land usage.

The private sector understands the need to identify new revenue measures to bridge the budget deficit given the impact of the pandemic on the economy. However, the imposition of the one-off Surcharge tax would dampen investor confidence given the retrospective implications of such taxes. The proposed Social Security Contribution will also have an adverse impact on low margin businesses, including those subject to price controls and financial intermediaries while also having a cascading impact. As such, we recommend to consider sourcing this revenue through established measures such as VAT or the previously abolished Nation Building Tax. The proposed multiple taxes could place a heavy burden on the Banking sector, which is supporting the post-pandemic recovery of most sectors, potentially weakening the financial system in the country.

There are clarifications needed on some of the new tax measures such as the implementation of the Social Security Contribution, Surcharge Tax and penalty on vehicles meeting with accidents. While there are laudable proposals such as expenditure allocations for irrigation, development of organic fertilizer, simplification of trade taxes to name a few, these lack adequate details at this stage to assess the desired impact.    Therefore, the CCC would recommend that policymakers consult with relevant stakeholders who would be willing to contribute to the development of specific strategies to achieve the desired outcomes.

While the budget recognized the need for fiscal consolidation and the rebuilding of Sri Lanka’s foreign exchange reserves, it fell short on addressing the key macroeconomic challenges of managing the shortage of foreign exchange in the market and refinancing of debt in the short to medium term. The budget would have been an ideal opportunity to reassure investors, provide clarity and build confidence while further complimenting some of the measures outlined in the Central Bank’s Six-month Roadmap. Similarly, the Government could have used the opportunity to signal its commitment to phase out the currently prevailing import restrictions that are not sustainable in the long term.

Recent actions by the Government to move away from price controls on several essential products is greatly appreciated by the Chamber as it has helped to overcome shortages and improve availability. The Budget could have also signaled the policy shift towards establishing a market driven pricing formula for commodities like fuel and gas as well as other essential commodities which were previously under price control. This would assist the Government in raising revenue while managing the foreign exchange situation.

The Ceylon Chamber in its capacity as the premier representative of the private sector, looks forward to an ongoing engagement with the Government, and for the opportunity to play a meaningful role alongside the private sector at large, with respect to the implementation of the budget proposals.