Social inequality is also perpetuated in education where entrance to China’s elite universities and thus well-paid jobs in the government apparatus or private enterprise is determined by college entrance results.

While absolute poverty, narrowly defined, may have been abolished, some 600 million Chinese are struggling to get by on a daily basis on a monthly income of less than Rmb1,000 or about $US155, while the country is now home to more dollar billionaires than the United States. 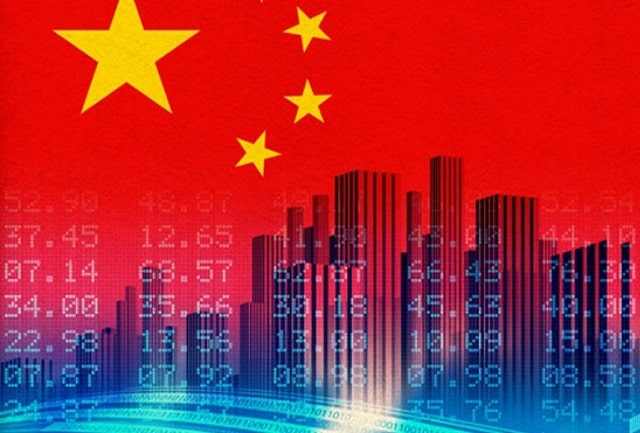 China has drawn the line for absolute poverty at $2.30 a day adjusted for inflation and claims to have lifted the income of 100 million rural residents above that level since Xi came to office in 2012. The World Bank, however, sets a higher poverty line of $5.50 a day for upper-middle-income countries like China. On this basis, a quarter of China’s population is in poverty.

The focus on rural poverty highlights the gulf between urban and rural areas where some 40 percent of China’s population reside. Figures published in the Australian Financial Review in September show that by 1997, urban household incomes were on average 83 percent higher than those of rural households. This rose to 167 percent in 2009, declining to 132 percent in 2019—still more than double the rural average.

China’s official Gini coefficient has risen sharply since Deng’s “opening up” in 1978 from about 0.31 to 0.4 in 1997 and a high of 0.49 in 2008 before falling slightly to 0.47 in 2020. Any figure over 0.4 is regarded by the United Nations as indicating large inequality, while China’s leaders have themselves declared that level is potentially destabilising.

In terms of wealth rather than income, the wealthiest 1 percent of individuals owned nearly 31 percent of China’s wealth in 2020, up from around 21 percent in 2000. In the US for instance, the share of wealth of the top 1 percent reached 35 percent in 2020. According to the Hurun Global Rich list, the number of dollar billionaires in China hit 1,058 last year, as compared to 696 in the US.

An article earlier this year by Branko Milanovic, a London School of Economic professor, explained that a person on the median urban income in China is in the 70th global percentile—in other words, richer than 70 percent of the world’s population, whereas a person with the median rural income is in the 52nd global percentile.

The rural-urban divide is also manifested in the cities and major manufacturing centre where nearly 300 million internal migrant workers from rural China constitute a large proportion of the working class. Not only are they generally on lower wages and conditions and suffer discrimination but the overwhelming majority do not have an urban hukou, an official residency document that provide full access to local public services such as schools and hospitals. It is a system designed to provide cheap, easily exploitable labour to industry and services in the huge manufacturing hubs in the eastern coastal areas of China.

Social inequality is also perpetuated in education where entrance to China’s elite universities and thus well-paid jobs in the government apparatus or private enterprise is determined by college entrance results. According to the article, “Average families in some top-tier cities have spent one-quarter of their take-home pay on tutoring… About 22 percent of students enrolled in China’s prestigious Tsinghua University in 1990 were from rural China, but by 2016, that percentage was 10.2 percent.” Urbanisation may account for some, but certainly not all of this huge change.

Milanovic led a study into the changing social composition of what he termed China’s “elite” – the top 5 percent of the population—over the period 1988 to 2013.

Whereas in 1988 three quarters of the elite were government-employed, 25 years later half were either capitalists or professionals. Moreover, that social divide was perpetuated within the CCP. When the study examined “rich members” of the CCP, “about half belonged to the private-sector-oriented classes.”