In the study, Gaussian boson sampling, a classical simulation algorithm, was used to provide a highly efficient way of demonstrating quantum computational speedup in solving some well-defined tasks. 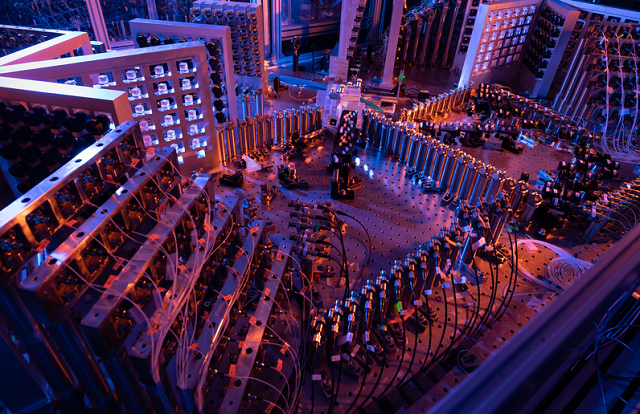 With 113 detected photons, “Jiuzhang 2.0” can implement large-scale GBS septillion times faster than the world’s fastest existing supercomputer and 10 billion times faster than its earlier version, “Jiuzhang.” In a nutshell, it would take the fastest supercomputer about 30 trillion years to solve a problem that “Jiuzhang 2.0” can solve in just one millisecond.

Inspired by the concept of light amplification by stimulated emission of radiation, the team developed a stimulated squeezed light source with high brightness and simultaneously near-unity purity and efficiency for scalable GBS.

In December 2020, the researchers established the quantum computer prototype “Jiuzhang” through which up to 76 photons were detected, achieving quantum computational advantage. Its quantum computing system can implement large-scale GBS 100 trillion times faster than the world’s fastest existing supercomputer.

“Compared with Jiuzhang, we have greatly improved the performance and collection efficiency of the quantum light source, increased the number of detected photons, and demonstrated the phase-programmability of the GBS quantum computer,” said Lu Chaoyang, member of the research team and a professor at the University of Science and Technology of China.

The super-computing capacity of “Jiuzhang 2.0” has application potential in areas like graph theory, machine learning and quantum chemistry, according to the team.