The late I.A. Rehman is esteemed on both sides of the border.

In one of his great speeches to the House of Commons in support of the American colonies’ demand for independence from the British Crown, Edmund Burke had this to say of the law: 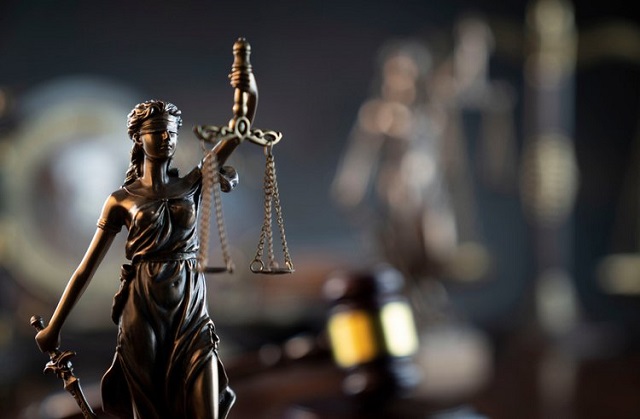 “It is a formidable adversary to government. If the spirit be not tamed and broken by these happy methods, it is stubborn and litigious. This study renders men acute, inquisitive, dexterous, prompt in attack, ready in defence, full of resources. In other countries, the people, more simple, and of a less mercurial cast, judge of an ill principle in government only by an actual grievance; here they anticipate the evil, and judge of the pressure of the grievance by the badness of the principle. They augur misgovernment at a distance; and snuff the approach of tyranny in every tainted breeze.”

But there are two caveats to high praise. One is that lawyers are not alone in possessing these gifts. Insightful writers, journalists and activists also possess them. Besides, the legal mind has its limits. Dean Acheson, himself an able lawyer, and the US secretary of state under president Harry Truman, often quoted another Burke aphorism which lawyers prefer to forget – “The law sharpens the mind by narrowing it.”

Both these reminders by Burke are singularly apt when describing the outlook desirable in a human rights activist. The subcontinent’s foremost activist in the cause of civil liberties was not a lawyer but a journalist by vocation and a highly competent crusader held in respect on both sides of the border — the late I.A. Rehman, who was director of the Human Rights Commission of Pakistan bas­ed in Lahore. Its publications are unbiased.

This writer may be forgiven for lapsing into a personal reference as he had known Rehman Sahib for nearly half a century. He was skilled in bridging the generation divide. He was a good friend of my late uncle Malik Noorani, founder of the Pakistan Publishing House, leftists both. Malik Chacha was a friend with whom I would spend hours talking politics and history.

Sadly, India lacks any comparable organisation. Soon after the emergency Jayaprakash Narayan set up the People’s Union for Civil Liberties (PUCL). Before long it was affected by the Indian vice which has harmed its political life — ‘splitticism’. Born was the Peoples Union for Democratic Rights (PUDR).

A lawyer V.M. Tarkunde contributed his bit. A follower of M.N. Roy, he needed a platform and a new senior. He sold him the idea that civil liberties are not all. We need more than that; namely an organisation that concerns itself with matters like electoral reforms. Thus was born another organisation also with Jayaprakash Narayan’s blessings, the Citizens for Democracy (CFD).

For all their contribution none of the three — the PUCL, the PUDR or the CFD — is remotely comparable to the HRCP of Pakistan. The CFD inevitably acquired a political hue. So did to a much lesser extent, the PUCL and the PUDR.

Indira Gandhi had inflicted a deep cleavage on India’s political system. The challenge before any civil liberties movement was studiously to acquire a non-partisan, reputation and aura. No attempt was made to meet this challenge.

To justify its existence, a civil liberties organisation or movement must possess and be seen transparently to possess these qualities; namely, commitment and dedication, integrity and impartiality, the required intellectual equipment, endurance and stability; accessibility and exposures to the public.

Centuries ago, the Greek statesman Solon, was asked how a people could preserve their liberties. He replied, “Those who are uninjured by an arbitrary act must be taught to feel as much indignation at it as those who are injured.”

This is a principle which any proposed organisation to safeguard civil liberties and democratic rights would do well always to remember. An impartial and independent body dedicated to the very laudable objectives proclaimed by its sponsors is a vital necessity.

The balance will ever remain a difficult one to strike.

Amnesty International’s symbol is a lighted candle encircled by barbed wire. We may be sure that the barbed wire will remain with us. For men will ever fear and men will ever hate. But it is some consolation that within the barbed enclosure a candle should burn shedding light on the rights of man and the wrongs of states. May its flame ever burn bright.

Decades ago, a dedicated S.G. Vaze brought out an erudite Civil Liberties Bulletin with the princely annual subscription of Rs3. Legal learning is highly important. We have a lot to learn from legal developments elsewhere; especially in the UK and in the US which has the powerful American Union for Civil Liberties.

Geoffrey Robertson, QC, is a lawyer of international repute for his courageous participation in human rights cases abroad. Sadly, in this entire vast subcontinent none has produced a work of quality comparable to his work on civil liberties Freedom, the Individual and the Laws.