The Glasgow Climate Summit in its attempt to save Planet Earth from extinction, it appears, is not seeing the elephant in the room: Population growth that is defying attempts to control it.

It is indeed an optimistic endeavour to get almost 20,000 delegates from 200 countries with 150 heads of state in attendance agree to a plan of action to change their way of living to stop climate change even if it be for the greater good of humanity. 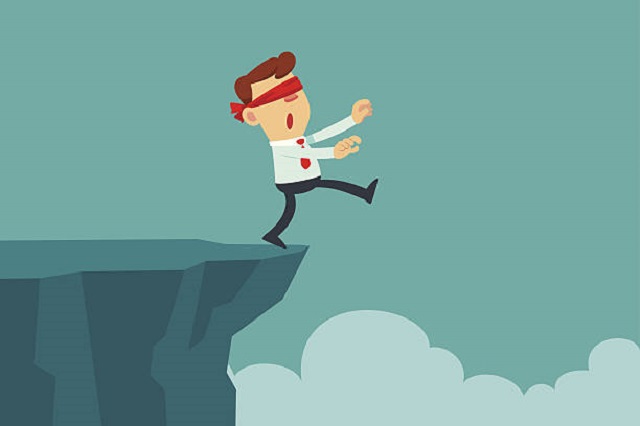 Yet, the UN conference on Climate Change (COP26) is ploughing ahead and in the second week of its deliberations appears to be achieving at least to some extent of what was considered to be impossible.

On Monday, the United States and China announced that they had reached an agreement to come together to accelerate measures in the current decade to meet challenges of the ensuing crisis.

Reports said that the Chinese delegate, Xie Zhenhua, said that both countries needed to work together ‘because the challenges of climate change were existential and severe’. American delegate John Kerry said the US President Joe Biden and his Chinese counterpart had a couple of weeks ago agreed on cooperation between the two countries because there was no other way to tackle the crisis. China had agreed to zero emissions by 2060 and the US by 2050. They had set the goal to reach100 percent pollution free electricity by 2030.

The Glasgow talks had zeroed in on the main causes of pollution and global warming — emission of carbon dioxide from burning of fossil fuels and methane by cows in meadows to the atmosphere; deforestation especially tropical forests which absorb the carbon dioxide from the air and convert it to vegetation; impact of waste products of industrialisation on the environment such as plastic non-biodegradable material and noxious gases and many other pollutants.

However, it does appear that the main source of global warming that is threatening to bring life on Planet Earth to a point of near extinction has been side-stepped or ignored in the rhetoric of scientists, political activists and political leaders at the Glasgow Summit: Population growth.

The Glasgow Climate Summit in its attempt to save Planet Earth from extinction, it appears, is not seeing the elephant in the room: Population growth that is defying attempts to control it.

The demographic statistics of population growth are well known and accepted by UN agencies and world powers. More than 200,000 babies are added to the global population each day and the world population would reach near 10 billion by 2050 by which time the natural resources of earth needed to sustain this number such as air, water, food and mineral resources would be polluted or exhausted at the current rates of consumption.

Scientists have established that it took 200,000 years for the world human population to reach the one billion mark and only 200 to reach the 7 billion mark at which we are today. Eighty million people are being added on each year and we are hurtling towards the 10 billion mark by 2050.

Can Planet Earth survive even if the Climate Change Conference proposals are adopted? A report from Glasgow last week said: Climate Action Tracker (CAT) has said that the promises by countries attending the UN Summit would still allow the Earth to heat up far beyond the UN target by 2100. Even with all new Glasgow pledges for 2030, we will emit roughly twice as much in 2030 as required for 1.5 degree C. limit.

This 90-year-old scientist addressed the opening session of the Glasgow Conference but spoke only on the issues such as carbon dioxide emissions and deforestation but not on population control.

It does appear that the conference organisers considered the subject of ‘population’ as the proverbial cat among the pigeons. It may have resulted in leaders of countries with large Christian and Muslim populations — comprising a greater part of the world population — clashing with some scientists and non-believers, perhaps converting the conference hall into a debating chamber.

This may be considered as good diplomacy but can this ostrich-like attitude of burying the head in the sand ignoring a basic problem help to resolve it?

This writer is no pundit on climatology and environmental protection but is merely an observer of Planet Earth and will leave the question to the wiser of the Homo sapiens.

As an observer of Planet Earth, we also note that nature too has a way of protecting itself and controlling excessive growth of population. Homo sapiens (Wise Man), history tells us, periodically set upon each other and kill vast numbers that keep populations in check. World War II, it is estimated resulted in the deaths of 75 million people, including 20 million military personnel.

After the end of that war, the most ‘advanced civilisations’ began a Cold War, resulting in stockpiles of nuclear armaments that would have blown up Planet Earth sky high.

Fortunately the Mutually Assured Destruction (MAD) doctrine avoided that catastrophe. But the Nuclear stockpiles not only remain but keep increasing despite the end of the Cold War.

Nature too kills — Spanish Flu which came in 1918 after World War 1 accounted for 50 million people. Malaria, tuberculosis, and many contagious diseases so far have defied man’s struggle to protect regular killing of all kinds of humans. The COVID-19 virus has so far accounted for more than 5 million deaths and through mutations is defying and surviving efforts made by powerful nations.

As humanity’s urge to merge and produce more babies hurtles towards doomsday, will Nature hit back and save Planet Earth? Can Homo sapiens beat Nature and save themselves? Let’s hope Glasgow and other conferences that will follow it succeed.