Economists tend to be short-sighted, or stated more accurately, they are deliberately shortsighted. Endless economic growth on a finite planet is a logical impossibility. Economists avoid confronting this impossibility by refusing to look more than a decade or two into the future.

Measurements of the carbon dioxide content of the earth’s atmosphere as a function of time have been made ever since 1958 at the Mauna Loa Observatory in Hawaii. The resulting graph is called the “Keeling Curve”, in honor of Charles David Keeling, who started the monitoring and continued it until his death in 2005. 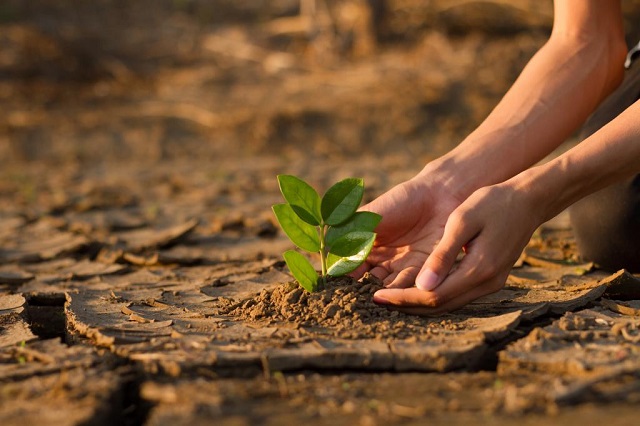 Despite promises made at the 2015 Paris Conference,  despite  global concern about the threat of catastrophic climate change, despite massive worldwide protests organized by Greta Thunberg and her Fridays For The Future movement, despite the reduced emissions resulting from the COVID-19 lockdown, the Keeling Curve continues to rise steadily, and the carbon dioxide content of the earth’s atmosphere continues to rise steadily. The rate at which the curve is rising is even increasing. We must conclude that despite all promises of action, we are not doing enough.

One important reason why it is so hard to mobilize the political will needed for effective action is a contrast between two time-scales. Immediate action is essential in order to avoid feedback loops and tipping points which would make human efforts to avoid catastrophic climate change useless. On the other hand, the most serious effects of climate change lie in the distant future. We see what is near to us. We tend to confine our attention to problems that are close at hand.

Decisions based on economics

Economists tend to be short-sighted, or stated more accurately, they are deliberately shortsighted. Endless economic growth on a finite planet is a logical impossibility. Economists avoid confronting this impossibility by refusing to look more than a decade or two into the future. But with the threat of climate catastrophe, it is precisely the long-term future that must concern us. Therefore we cannot trust economists. or those influenced by them, to make correct decisions regarding the climate emergency.

Two recent events have helped to make us realize the urgency of the climate crisis. The first is the leaking of a 4,000-page report by the International Panel on Climate Change (IPCC). The report was not due to be released until February, 2022, but a copy was leaked to Agence France-Presse. The report calls for a total transformation of our way of life if we wish to avoid catastrophe.

The report states that “We need transformational change operating on processes and behavior at all levels: indovidual, communities, business, institutions and governments. We must redefine our way of life and consumption.”

The second recent event that helped to wake us up to the seriousness of the climate emergency was a record-breaking wave of extreme heat in the western part of the United States and in south-west Canada. Unprecedented temperatures were recorded, roughly a billion tidal animals died, and many human heat-related deaths also occurred.

Extremely severe recent  floods in western Europe and in China are also thought to be linked to climate change.

Suppose that our collective efforts to avoid catastrophic climate change fail. What then? Will human society as we know it disappear? Will the human race become extinct?

Let me give you my own opinions on these questions. I think that, if catastrophic climate change is not avoided, very many species of plants and animals will become extinct. In fact, this mass extinction has already started. We are already losing species at roughly 1,000 times the natural background rate.

Will humans become extinct? Of course, we know from the geological record that every species eventually becomes extinct, but if we look only a few thousand years into the future, I do not think that humans face extinction.

What I believe will happen (if catastrophic climate change is not avoided) is the following: Most of the earth’s surface will become uninhabitable, starting with tropical regions and regions that are destined to be underwater due to sea level rise. This will lead to a massive refugee crisis, which, like the extinction of animals and plants, has already started.

Although most of the earth’s surface will be uninhabitable, there will still be a few regions where human life is possible, for example the Arctic and Antarctic regions, and high mountain ranges. However, these regions will be small in comparison to our present habitable world, and the global population of humans will be correspondingly reduced.

Perhaps this worst-case scenario can  motivate us to act with far-sighted vision and resolution, while there is still a small window of opportunity.