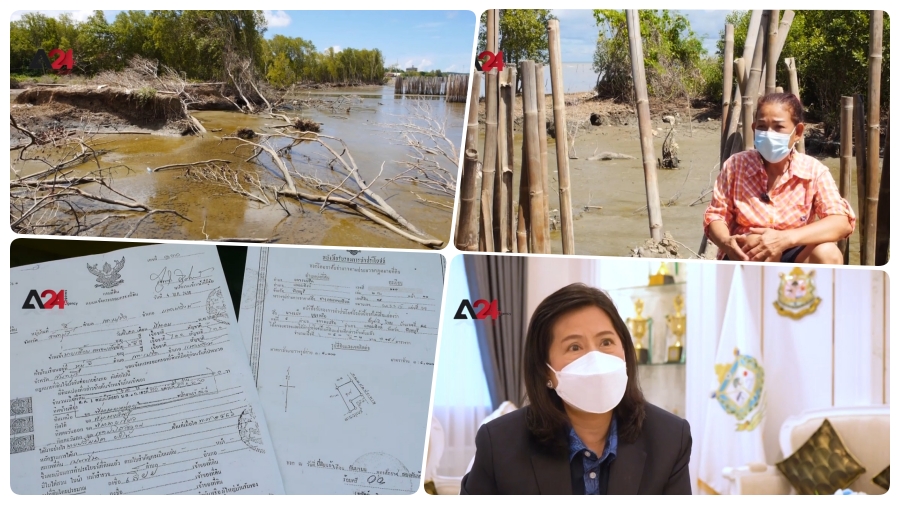 Most of the Thai coastlines, which extend for more than 3150 km, have been facing erosion due to different reasons. Chantaburi coastlines are one of those with the severe coast erosion problem as some of its coastlines have eroded as deep as 1 kilometer into the land within 10 years.

Although specialists and coastal residents believe that natural disasters such as large waves and monsoons were the main cause of erosion, however Dr. Pornsri Suthanaruk, Deputy Director-General of the Department of Marine and Coastal Resources, pointed out that the most concerning reason are the way people use the land and make changes to its surfaces; such as building shrimp ponds or marine life which can lead to weakness to the land’s stability. He added that the Marine and Coastal Resources Department is running a project to build bamboo fences to reduce erosion in mangrove forests.