The Resolution inter alia calls on the governments of ICAO Member States to agree on a long-term goal equivalent to the ambition of the industry and ensure that: the industry’s action is supported by a coherent and coordinated policy framework which drives innovation and initiative.

“We must face up to an inescapable reality: the challenges of sustainability simply overwhelm the adequacy of our responses. With some honorable exceptions, our responses are too few, too little, and too late.” — Kofi A. Annan

The Conference of the Parties (COP 26) meeting of the United Nations Framework Convention on Climate Change  – also called The 2021 United Nations Climate Change Conference – in Glasgow, Scotland, United Kingdom, held from 31 October to 13 November 2021 did not evoke much hope as a way forward on addressing climate change, prompting two commentators – Claudia Horn and Isadora Cardoso – to say “ The COP26 summit in Glasgow this month ended with a set of vague and inadequate pledges that won’t tackle the climate crisis. Real hope lies not with corporate-sponsored elite gatherings but with the popular movements linking climate action to social justice”. 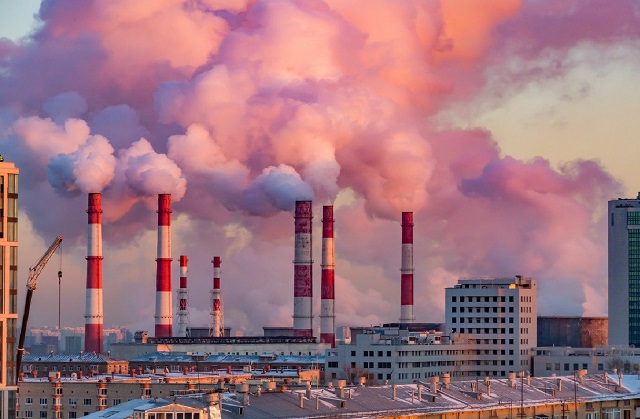 One of the failures observed by these commentators was, despite the moral obligation that attached to the rich countries to make some reparation for their sustained pollution of the global environment and their historical responsibility for industrialization and climate change, they repeated their failure to honor their earlier pledge of the annual finance goal of $100 billion for climate action in the Global South, opening expectations that the private financial sector would step in to bridge the gap.

Be that as it may, COP-26 seems to have evoked some enthusiasm among the aviation community in that 23 States on 10 November 2021 – which happened to be Transport Day as dedicated by COP26 – convened the inaugural meeting of what they called the “International Aviation Climate Ambition Coalition (IACAC).  At this meeting a Declaration was issued whereby the States Parties agreed to work together, “both through ICAO and other complementary cooperative initiatives, to advance ambitious actions to reduce aviation CO2 emissions at a rate consistent with efforts to limit the global average temperature increase to 1.5C.”

The Declaration also had numerous other “commitments: to support the adoption of an “ambitious” long-term aspirational goal consistent with 1.5C packaged in a commitment towards net zero CO2 emissions by 2050. Furthermore, they agreed to render support to the International Civil Aviation Organization’s CORSIA (Carbon Offsetting and Reduction Scheme for International Aviation) in the form of strengthened participation in the scheme,  particularly by implementing CORSIA regulations and procedures in their domestic jurisdictions along with the conduct of periodic reviews and the pursuit of every effort to effectively preclude double counting of CORSIA eligible units.

GreenAir Online – A digital newsletter – in its edition of 30 November 2021 states: “The coalition countries also agreed to promote the development and deployment “through international and national measures” of new low and zero carbon aircraft technologies, as well as sustainable aviation fuels that reduce lifecycle emissions, contribute to UN SDGs and avoid competition with food production for land use and water supply. Other commitments covered submitting up-to-date state action plans to ICAO and promoting capacity building support for CORSIA implementation and other ICAO climate measures”.

One of the most notable initiatives came from the International Air Transport Association (IATA) – the global association of airlines – which at its 77th Annual General Meeting held in Boston approved a resolution committing the global airline industry to achieving net zero carbon emissions by 2050, with the underlying assurance that industry action will comport with the objective of the  1.5C climate goal set under the Paris Agreement of 2015. It is envisioned by IATA that the air transport industry will carry 10 billion people in 2050, an two-fold increase from carriage in 2019 at pre-pandemic levels.  According to the IATA estimate, this volume of traffic will generate CO2 levels of 1.8 gigatons that would need to be abated – about twice the amount emitted by the sector in pre-pandemic 2019..  GreenAir Online quotes IATA Director General Willie Walsh as having said “a very significant” $2 trillion investment by the industry will be required out to 2050, needing an aviation-wide collective effort backed by supportive government policy”. Through its resolution, IATA demanded that “all industry stakeholders, including governments, must each individually take responsibility to address the environmental impact of their policies, products and activitiesand called  on ICAO to provide strong unwavering leadership that aligns governments to address aviation emissions through a global approach with coordinated policies, rather than a patchwork of regional, national, or local policies and procedures.

The Resolution inter alia calls on the governments of ICAO Member States to agree on a long-term goal equivalent to the ambition of the industry and ensure that: the industry’s action is supported by a coherent and coordinated policy framework which drives innovation and initiative.  It cautions against relying on cost-ineffective instruments with little or no environmental benefits such as ticket and carbon taxes . It also encourages all IATA member airlines to continue to improve the efficiency of their operations to achieve sustained in-sector emissions reductions and to lead the urgent transition to sustainable aviation fuel, while demanding that all industry stakeholders commit to addressing the environmental impact of their policies, products, and activities with concrete actions and clear timelines, specifically including: fuel-producing companies providing large scale, cost-competitive sustainable aviation fuels to the market; governments and air navigation service providers eliminating inefficiencies in air traffic management and airspace infrastructure; aircraft and engine manufacturers producing radically more efficient airframe and propulsion technologies; and airport operators providing the needed infrastructure to supply SAF, at cost, and in a cost-effective manner. 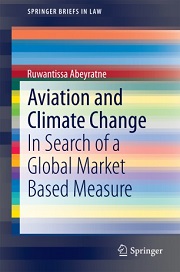 Although what the IATA Director General said makes sound theoretical sense there are two snags to both the commitment of the States at the IACAC meeting and IATA’s far-seeing Resolution.  The first is the discord resonated by the “polluter pays” mindset whereby the developing countries accuse the developed countries for having created the problem of emissions with their sustained industrialization and now expecting common responsibilities. Arguably, this is what prompted the rejection of the resolution by the Chinese airline members of IATA, who said their government had a different national target and an attempt to insert a reference in the resolution to UN climate principles was therefore unacceptable. Resolutions are nothing but the result of political compromises which do not bind States. The second reason is the ambivalence and ambiguity that accompanies the language used in the “pacts”, “commitments” and “declarations” that fly off the conference tables into final text, prompting the celebrated climate activist Greta Thunberg to call it “blah…blah…blah”.

A ”pact” at international law means nothing but an instrument under international law by which contracting parties assume legal obligations to conclude or negotiate future agreements.  A “declaration” brings to bear considerable textual ambiguity in deciphering the nature of such a document.  As Eleanor Roosevelt, President of the Drafting Committee and Chairperson of the First UN Human Rights Commission   said about the Universal Declaration of Human Rights: “In giving our approval to the declaration today, it is of primary importance that we keep clearly in mind the basic character of the document. It is not a treaty; it is not an international agreement. It is not and does not purport to be a statement of law or of legal obligation. It is a declaration of basic principles …”

All this peompts one to wonder whether the principles espoused by the Climate Justice Movement which Horn and Cardoso identify : “The climate justice concept understands climate change as a social, economic, and ecological phenomenon that affects communities and ecosystems unequally due to existing social inequalities such as income, gender, race, age, sexuality, or mental and physical disabilities. The concept recognizes the historical responsibilities of Northern countries and extractive multinational companies as the biggest drivers of climate change, which should thus pay up the most for climate action globally. For climate agreements and policies to end inequalities rather than reinforce them, they need to incorporate a vision of climate justice.

This did not happen at COP26”. Whether it happens at discussions at ICAO’s CORSIA or IATA or IACAC warrants consideration.

Dr Abeyratne is the author of Aviation and the Carbon Trade; (Nova): and Aviation and Climate Change: In Search of a Global Market Based Measure (Springer).