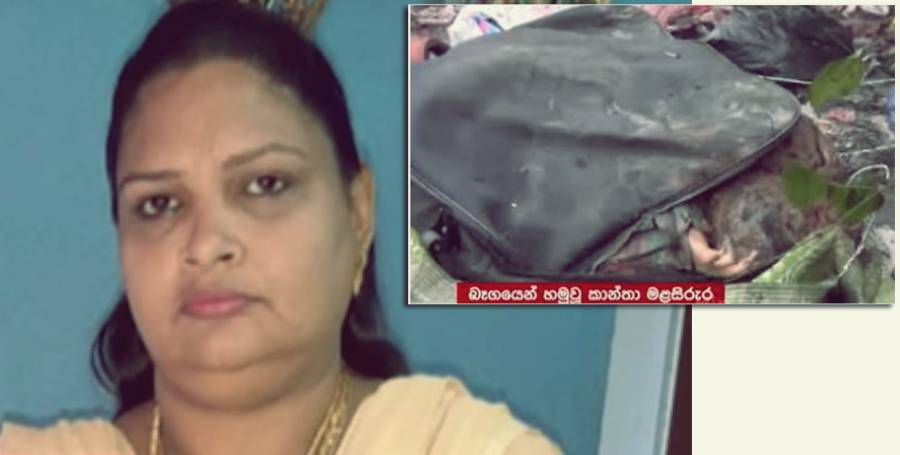 According to the investigations carried out on a woman’s body found in a rubbish heap in the Sapugaskanda Mabima area, the police have been able to arrest the killers within a short period of two days.
The victim was identified as Mohammed Safi Fatima Mumtaz, a 44 – year – old mother of two. She lived in an apartment in Maligawatta and was in the rice business doing extra work, lending her husband’s money to others.
The woman, who died at around 3pm on October 28, had left in a three-wheeler with another woman, Rosanna, and a man she identified as her brother, who had gone to a gold pawn shop and told them that she was returning some money from a man who was paying interest.
But she did not show up until that night, so when Rosanna, who had gone with her, called the woman’s husband, she said that Fatima had come with her but did not know about her when she got out of the three-wheeler. She said Fatima got out of the three-wheeler in the Bloemendal-Ors Lane area.

At the time, the husband suspected that Fatima had gone to a club near Ors Lane because she went to casinos and collected interest. He went there the next day but did not receive any information that Fatima had arrived that day. Some had vaguely described whether she had come or gone.
As a result, Rosanna’s husband called her and went to the Bloemendal Place police station with her, and on the 29th complained that she was missing.
However, for three or four days, the missing were not reported, and Fatima’s husband and children were searching for her whereabouts.
Meanwhile, after learning about the body found in a pile of rubbish in the Sapugaskanda Mabima area, Fatima’s husband went to the Ragama Hospital morgue to examine the body and identified it as his wife.
Police investigations followed, and when she left the house on the 28th, a suspicion arose about a woman named Rosanna who had gone with her.
Rosanna went to the police station with Fatima’s husband to complain, went missing after the body was found. She was living with her husband, whom she identified as her brother, at Mattakkuliya Summitpura.

Meanwhile, the police studied Rosena’s whereabouts with special interest as more suspicious facts were hidden in the escape itself and were able to uncover her whereabouts today based on her phone data.

The Kelaniya Divisional Crime Investigation Unit officers raided her hideout this afternoon and arrested her and her husband. It is learned that they have confessed to the police that they committed the murder.

Preliminary investigations have revealed that Rosanna, 36, and her husband were murdered in an attempt to rob the woman of her cash and gold jewellery. The husband had earlier stated that the woman was wearing hundreds of thousands of gold at the time of her disappearance and that there was a large amount of money in the handbag. They have admitted that after the murder, the body was put in a bag and put in a small lorry and left at the Sapugaskanda Oil Refinery landfill.
Police have also seized the lorry suspected to have been used by the suspects to transport the body.
The arrested persons are in police custody and will be produced before the court and further questioned.

Flight MH 17 and The Little Dutch Girl – A Personal Reflection