The curiosity of Americans is insatiable and understandable, particularly because Cuba has been at the center of world and American news ever since Castro’s Revolution triumphed.

From the very moment that I set foot in the United States, on July 18, 1961, and particularly after I moved north, to the Chicago area, I was assailed with questions about myself, my origins, my background, the circumstances surrounding my exit from Cuba and arrival in the United States, my political alliances, the composition of my family, my religion, and countless other details of my life. Americans are a curious people, and they have no qualms about asking questions that in other cultures and countries are considered indiscreet, in bad taste, or taboo. Without embarrassment, they ask about your job, your profession, and even your money. Who are you and where do you come from? From where does your family originate? Are you Cuban or Spanish? How come you look white coming from Cuba? Do you have any black ancestors? How did you get out of Cuba? Was it easy? Were you a counter-revolutionary? Did you have to leave or did you just feel you wanted to leave? Did you come alone or with your family? What did your father do in Cuba? How did Cuba change when Castro took over the government? What do you think of the Revolution? Was Castro a Communist from the very beginning? Was it the fault of the United States that he went over to the Soviet side? What was it like to live in Cuba before the Revolution? And after the Revolution? What do you think about the U.S. embargo? Was your family rich? Are you Catholic? Are Cubans generally Catholic? Are there Protestants in Cuba? Where did you live in Cuba? Did your father have a profession? Did you live in Havana? Were other members of your family able to leave Cuba? Did you take any money out when you came to the US? How many siblings do you have? Did you attend public schools? Do you or your family believe in voodoo? 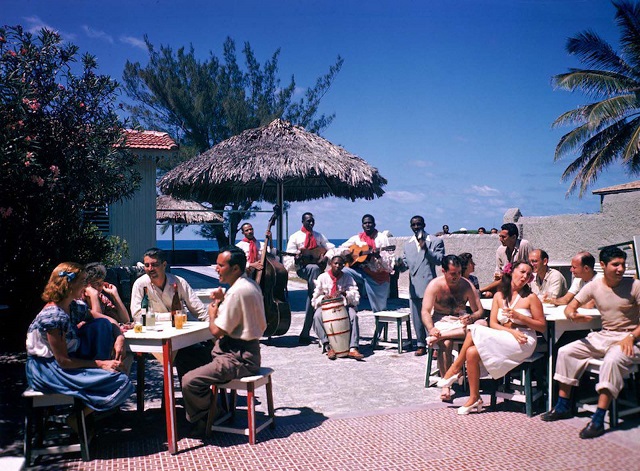 This is a small sample of the questions I have been asked by Americans throughout the years of my life in the US. Indeed, there seems to be no end to the inquiries as long as I am willing to answer and elaborate. The curiosity of Americans is insatiable and understandable, particularly because Cuba has been at the center of world and American news ever since Castro’s Revolution triumphed. Also, many Americans had visited Cuba before the Revolution and many have visited Miami and seen how the presence of Cubans has changed that city since then. They are particularly curious about how the political changes in the island have affected ordinary people. They want to learn about Cuba and its people, who they are, their concerns and idiosyncrasies. More significantly perhaps these questions led me to explore questions that I had never considered.

Over the years I have tried to answer these questions, but I have frequently been dissatisfied with my answers, although I have always answered truthfully, albeit not always fully. Reality is always more complex than one can express in words at any given moment. And parts of my experiences seemed too personal to be revealed in casual conversation, making me uncomfortable from time to time. Yet, in time I have come to appreciate the curiosity of what came to be my fellow Americans. There is an openness in them, and a climate of freedom in the country, that is not just engaging, but also refreshing. Americans are a free people, free in a way no other great nation has ever been. Freedom defines us more than anything else. And we are curious both because we consider ourselves part of humanity-at-large, and, we are comfortable asking and answering questions about some of our most intimate experiences. We fit well in our skins and we are not afraid to talk about our lives and tell about who we are, our present, and our past.

There is never an end to what any of us can say about ourselves, our experiences, and our circumstances. The reservoir of lived history we individually carry with us is inexhaustible because, even though the events in our lives are limited in number, the perspectives from which they can be viewed have no boundaries. For many years I repeated myself here and there, but after a while I realized that, at some point, perhaps I should tell as much as I remembered and considered important. That is, give all those who want them, the answers to their questions, to casual acquaintances, colleagues, friends, and family who show some interest in Cuba, Cubans, and Latinos in the U.S. But how to do it? How can one tell a complicated story that involves so many others besides oneself, and tell it in a way that would be interesting and fruitful both to me and its audience? 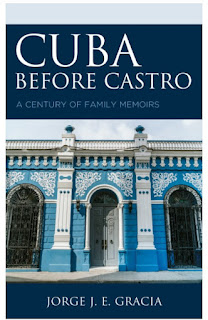 After some thought, I came to the conclusion that one good way of doing it would be by focusing on a family, for everyone has families, everybody understands what families are about, and everyone experiences the vicissitudes that they endure, their struggles, feuds, tragedies, and successes. What better way to get to know other persons, their recent histories and culture, than to do it in the context of the families of which they are a part? The family is the primary social institution; it is where everything converges and is centered; and it is what ties together a society, an ethnos, a race, and a nation. The family is the key to a people and its history. Families have close members and extended ones. There are poor and rich members in most families. Many families count with adventurers, rogues, as well as paragons of virtue. Some of their members are handsome and some ugly. Some live long lives and some die early. Some are highly educated and some not so much. Some are smart and some stupid.

Ultimately what all of us want to know about others is something about ourselves, to know about our lives through their lives, for in them we see ourselves reflected and it is through people that everything makes some sense to us. We are not greatly interested in storms and floods unless they are related to people. We care about events, even about cataclysmic ones, only when they become calamities measured by human suffering. Humans are provincial and clannish. Yes, we are curious about science and history, but mostly because they tell us much about ourselves. Learned accounts, insulated from the human element, have a limited appeal. People are interested in people and the human dimensions of events. This interest can only be satisfied in a human context, and what context can be more appropriate and closer to us than the basic social unit, namely, the family?

The subject matter of this book, then, is a group of people related to each other as mothers, children, fathers, siblings, cousins, uncles, aunts, nephews, nieces, friends, acquaintances, and even those related through service, for they all comprise the human context in which I live and about which I know best. It is about them and the odds they encountered, their sufferings and pleasures, their idiosyncrasies and their humanity. Indirectly, then, it is about life and death, health and disease, love and hate, destiny and freedom, faith and doubt, rebellion and submission, betrayal and loyalty, honor and shame, choice and destiny.

Will this satisfy readers? It all depends on what they are searching for. But let me say that it has satisfied me in the sense that composing this narrative has allowed me to better understand myself and those who have lived close to me during an important period not only of my life, but of the lives of Cubans and even to some extent Americans. It has made me understand Cuban culture and society: the country in which I was born, my roots going back a while, and my history. And through contrasts and similarities, it has made me understand better my adopted countries, Canada and the United States. But this is not all, for insofar as this is a story of humans, I have been able to understand humans better, our similarities and differences, and many of our idiosyncrasies.

Human beings are products of ancestors, genes, the past, and circumstances. In particular, we are historical creatures, where memory plays a fundamental role in the formation of our identities. An acquaintance with our history helps us begin to see why we look the way we do and why we think and act in ways that distinguish us from others. Our past, the one that we have lived and the one that preceded us, reveals itself in our present and future. And our contemporary times provide challenges that explain our choices and actions. Understanding how it all hangs together is a journey of discovery that perhaps all of us should make at some point in our lives, for each of us is unique. We occupy places of our own, and in that sense we are special. But we are not alone, like separate islands in an ocean. We are part of humanity, integral constituents of a continent, to paraphrase the poet John Donne. Through the accounts presented here, accounts of various persons and their stories, peculiarities, virtues, and follies, I hope readers will indirectly learn about themselves and each other.

Click Here to have your copy of this book.

Jorge J. E. Gracia is a distinguished professor of philosophy and comparative literature at the University at Buffalo, State University of New York.