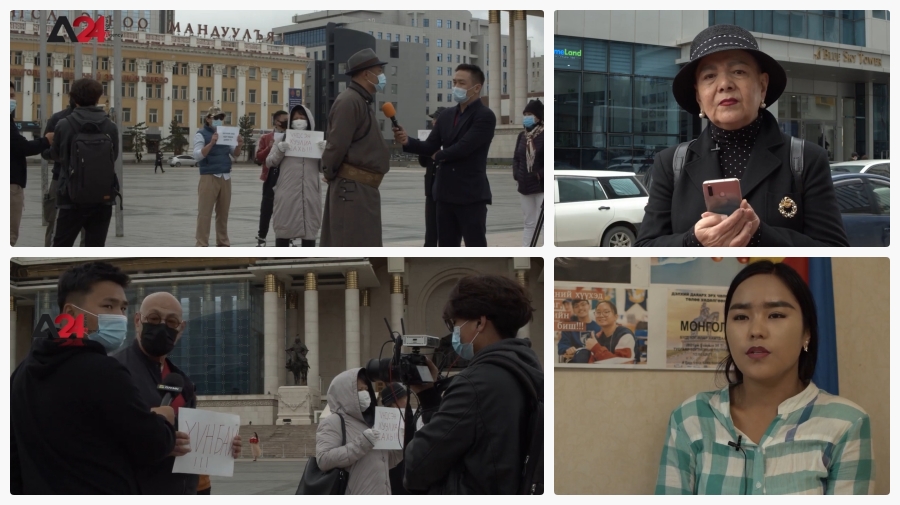 Activists and representatives of anti-Chinese vaccine movements in the Mongolian capital, Ulaanbaatar, confirmed that Chinese vaccines that are used in more than 56 countries around the world, a large part of which are borrowed to China and have strong relations with it, suffer from the outbreak of the Corona virus and the high death rate due to the virus, despite the vaccination of a large proportion of its people, which raised questions about the effectiveness of the Chinese vaccine, noting that the death rate was low in Mongolia before the start of vaccination, but it rose significantly after the start of the vaccination campaign, and it is now struggling to control the pandemic as more than 500 people have died of corona in the past two months, and many women have had miscarriages as a result of the Chinese vaccine.

J.Zanaa – Representative of the “Our children are not the property of the government” movement said:
“According to my calculations, Chinese vaccines are used in 56 countries around the world. Mostly less developed countries, countries that owe a debt to China, and countries willing to erase their debts are taking Chinese Vaccines. The prevalence of coronavirus is very high in countries where Chinese vaccines have been given. This can be seen on the websites that show global vaccination and covid case statistics. Usually, vaccines are officially registered after at least 10 years of testing and development. However, now we are using vaccines that have been tested in the only second phase. Therefore, it is not possible to consider all coronavirus vaccines as real vaccines”
Goo-Od – Anti-Chinese Vaccine movement Coordinator said:
“More than 90 countries are using vaccines from China, but the New York Times reports that outbreaks in some of those countries after the majority of the population have been vaccinated call into question the effectiveness of the vaccines. In Mongolia, 80-90% of the vaccines are given to its people were Chinese Vaccines. In Mongolia, almost zero deaths had been reported until the vaccination campaign began, then the death toll has risen sharply. In the last two months, more than 500 people have died from Covid-19. Many people had miscarriages and mutilated as a result of the Chinese vaccine.”
Source-A24 News