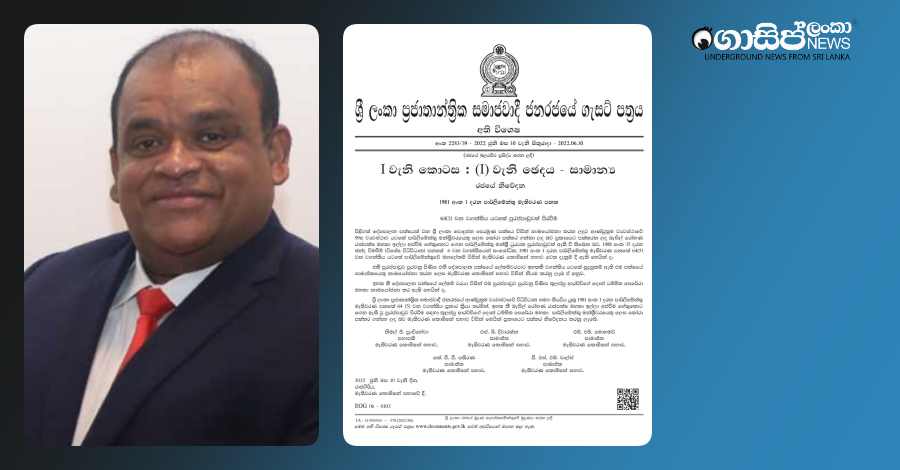 Dhammika Perera has been elected to the Sri Lanka People’s Front’s National List as a Member of Parliament.
The appropriate gazette announcement has also been published, according to the application submitted to the Election Commission, and it is reported that the Commission has accepted the documents issued by him after removing the legal impediments to his performance of business activities.

It is also said that Kulappu Arachchige Don Dhammika Perera has been appointed to replace the vacancy in accordance with Section 64 (5) of the Parliamentary Elections Act No. 1 of 1981.