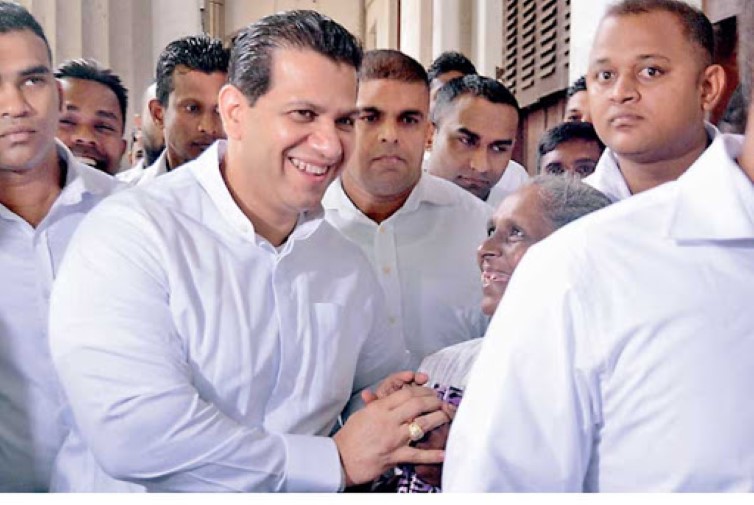 Former parliamentarian Duminda Silva who was sentenced to death for the murder of Bharatha Lakshman, has been pardoned by the President on the occasion of Poson Poya Day.

Five people, including former parliamentarian Duminda Silva, were sentenced to death on September 8, 2016, for the shooting death of four people, including former parliamentarian Bharatha Lakshman Premachandra. Although he did not commit the murder directly, his sentence was upheld by the court because the gang had committed mass murder and that the motive behind the murder was the hatred between him and the victim,
as evidenced by the evidence.

Duminda Silva had appealed to the Court of Appeal to reconsider the decision, but it was taken up in court, and the previous verdict was upheld. He was later sentenced to death and sentenced to life in prison. Although President Gotabhaya Rajapaksa was assassinated on executive powers, he has been released and is among the prisoners released today on Poson Poya day.

Today, 16 LTTE suspects were released along with Duminda. ‘Whether Duminda will be released or not’ was a popular topic in the last election forums. Duminda Silva, who was pardoned today, will be released after a rapid antigen test, prison sources said.