In all muslim countries including   the countries in middle east  region , women suffer due to  several acts of suppression  in different form, and such conditions obviously imply that Islamic extremists do not recognize women as  equal children of God as the men are. 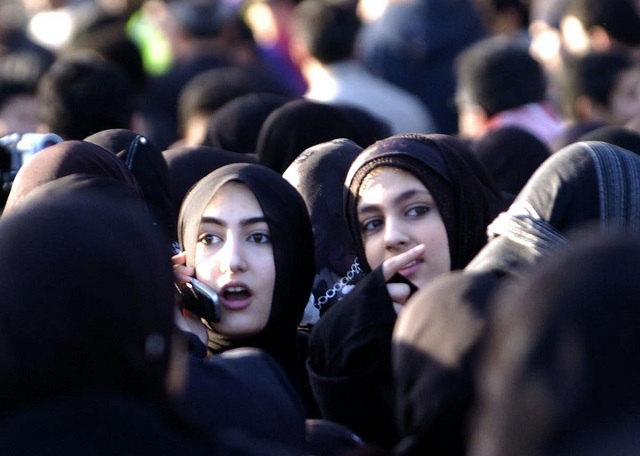 In all muslim countries including   the countries in middle east  region , women suffer due to  several acts of suppression  in different form, and such conditions obviously imply that Islamic extremists do not recognize women as  equal children of God as the men are.

In western countries , muslim women enjoy  reasonable level of freedom and of late even in these countries too , women  are living constantly fearing the eagle eye of Islamic extremists.

It appears that Islamic extremists think that  muslim women must necessarily be kept under strict supervision of muslim men and they mistakenly believe that  this is the decree of Prophet Mohammed , which is not so.

There are several women liberation movement all over the world in different countries but such movement are conspicuous by absence in Islamic countries.

Even in India, which is a secular democracy with all religions given equal importance and respect, muslim women largely still remain suppressed by muslim men. In the last few years , suppression of muslim women has become even more intense in India.  This is amply revealed by the fact that  many  muslim women do not dare to move out of their residence and visit public places without covering their face almost fully with eyes alone being exempted.  This is particularly so , in the case of women belonging to lower income group who are millions in number.

The muslim women dare not speak about their problems due to lack of freedom, as they all the time live in fear. Even in the mosques, muslim women are treated differently.

In view of such control on muslim women, several muslim women do not get the opportunity to go for higher studies and take up jobs in many cases. Further, many muslim men marry several women ,which is the height of lack of civilization  and oppression of women.

Of course, some muslim women dare to defy the control of the men but they are few and far between.  There are some muslim men,  particularly educated ones, who treat the muslim women in a more civilised way and do not restrict their freedom. But ,even such muslim men ,with reformist ideas   rarely  protest against the treatment meted out to   large population of muslim  women, fearing Islamic extremists.

Progress of civilization and concept of human rights demand that muslim women should be empowered and   they should enjoy freedom in their thoughts and actions and get themselves liberated from the control of the Islamic extremists. This is not happening and this is very unfortunate.

Large number of Islamic extremists have already entered several countries in Europe and in Asia particularly in India .  In such conditions, ethnic violence has become the order of the day in several European countries and in India and even in muslim countries like Pakistan and Bangladesh.

It is sad that the Human Rights Commission under the United Nations Organisation has not taken note of the suppression of muslim women  by Islamic extremists .