Since the farm laws have been withdrawn, it is only of academic interest now to discuss about the merits and demerits.

The decision of the Indian Prime Minister Narendra Modi to repeal the much debated farm laws  has surprised both the  pledged admirers and sworn critics of Mr. Modi.

Mr. Modi’s decision is  being  interpreted in one way or the other by journals , newspapers  and visual media. The merits and demerits of

Mr. Modi’s decision will be discussed for long time and perhaps, may even become a part of curriculum for students  of management ,administration , law, politics and economics. 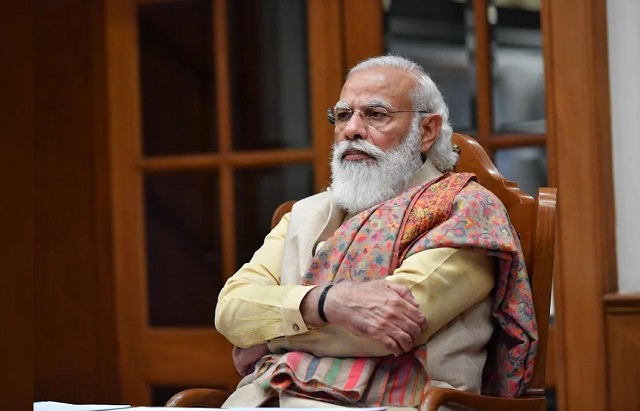 In any case, the ground reality is that while section of farmers in Punjab  and Haryana states carried out sustained protests against the farm laws, it is conspicuous that there has been  no protest amongst the farmers in other states including those states where Mr. Modi’s party is not in power. In the circumstances, one has to conclude that the farm laws introduced by Mr. Modi has the support of majority of those belonging to farming community in India.

Since the farm laws have been withdrawn, it is only of academic interest now to discuss about the merits and demerits. However, when the farm laws are repealed by Mr. Modi, many voices are being heard about the merits of the laws, particularly with regard to it’s objective to ensure that middle men would not exploit the farmers and the farming community would be enabled to get maximum price realisation for their produce by directly marketing their products.   Many experts , who were not vocal to support Mr. Modi’s farm laws for the last several months  when the agitation was on , now say that  introduction of progressive reform measures have suffered a setback and politics has won  at the cost of economics.

It is very obvious that the   protracted agitation in Punjab and Haryana state for over a year have been sustained by the middle men in agricultural sector who have been cornering  the lion’s share of agricultural income for over several decades and they have funded the agitation. As a matter of fact, the highways where the agitators squatted were full of several  expensive facilities for the agitators such as washing machines  etc. etc.   Further, it is also widely suspected that some separatist groups from abroad have infiltrated amongst the protestors and this has caused violent incidents .   Further, it is also known that several poor farmers were persuaded to join the agitation by providing them freebies and other benefits and in some cases even using coercive tactics.  No one could think , even in his wildest imagination , that thousands of farmers would leave the agricultural farms for several months and sit on the highways to protest. Obviously, some of the agitators may not have been farmers at all.

Though these details about the agitation are known to the government, Modi government made several  attempts to talk to the agitators  and persuade the leaders of the agitation to give up the protest. Obviously , Mr. Modi wanted to avoid any violence  which could happen by police enforcing measures to drive away the agitators from highways. Gradually, by constant propaganda by section of media and some opposition political parties  (who sometimes  do not distinguish between national interest and their narrow political interest), the movement gradually gained  an image as if it was an  agitation by those belonging to Sikh religion.

With Pakistan and China all the time wanting to fish in troubled waters in India, the security concerns has weighed highest in the views of the government.  Modi government has now attempted to douse the fire by withdrawing the farm laws.

The fact that the intentions of the agitators are not about the concern of the farming community but for other ulterior reasons are clearly revealed now  by the decision of the agitators to continue the protest   on some other flimsy grounds ,even after Modi government has withdrawn the farm laws.

During the nation wide telecast, Mr. Modi  said that the intentions of the government  for enacting the farm laws are honest and progressive  and would have helped the economy of the small level farmers in a very big way. Mr. Modi showed high quality of statesmanship , when he confessed  that his government was not able to persuade the agitators to give up their protests for whatever reasons , even as  large section of farming community in India have  not protested.

This act of Mr. Modi is a new high in the standards of statesmanship amongst the leaders of the governments  all over the world.  Mr. Modi has the moral strength, courage of conviction and high level of confidence about  the judgement capability of large number of country men . As Mr. Modi’s intentions are  honest and are dedicated to the cause of the country,  the criticism of Mr. Modi’s critics that  he has  “climbed down”, will not be accepted by discerning and thinking Indians.

India has a very noisy democracy and freedom of expression and personal freedom is prevalent to such a high  level ,that some people even describe Indian democracy as “chaotic democracy”.

The ground reality in India today is that a few thousand   determined protestors and who are even  ready to indulge in violence can stop any project.

The media is now very powerful in India and the matter of concern is that the dividing line between journalists and politicians have become thin. In such conditions, objective   and high quality   debate on national issues sometimes become difficult.