The solution forwarded to all these problems seems to be two pillows — Basil Rajapaksa and Shasheendra Rajapaksa.

Sri Lankan rulers think that they have found a permanent cure for headaches, having rejected the ancient wisdom: You can’t cure headaches by changing pillows. 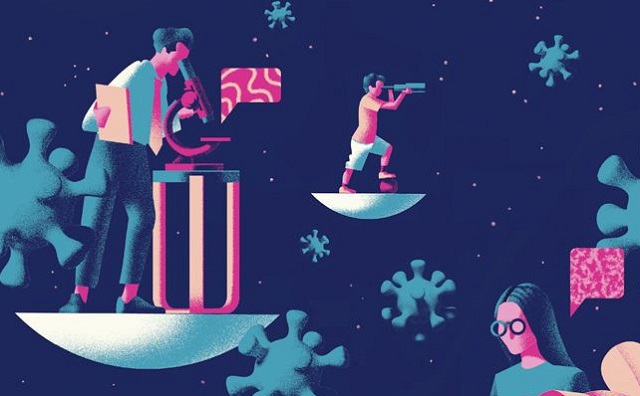 Paradise Island is not only beset with the global pandemic crisis that all countries are attempting to ward off but has many more crises — a billion-dollar debt crisis, an accusation of violation of human rights by the UNHRC, the cost-of-living issue, the fertiliser crisis and demonstrators on the streets every day bellowing many grievances.

The solution forwarded to all these problems seems to be two pillows — Basil Rajapaksa and Shasheendra Rajapaksa.

The choice of two Rajapaksas should not come as a surprise, because the solution of the Rajapaksa administrations to big governance problems has been another Rajapaksa.

Whatever happened to Gotabaya, the ‘miracle man’, who was declared co-winner of ‘the War’ and swept the presidential poll with 6.925 million votes and Mahinda Rajapaksa the political ‘godfather’ of the Rajapaksas? All we know is that they have placed their bets on ‘podi malli’ Basil, who fled to the City of Angels on being defeated by the Yahapalanaya led by Ranil. He came back after his party hounds lost his scent and they say that he was the architect of the Pohottuwa on which platform the Rajapaksas rode back to power.

There appears to be some disagreement about Basil being nominated the ‘architect’ of the ‘Pohottuwa’ or even the ‘carpenter’ who put the constituent political fragments together.

With the return of Basil from the City of Angels and being projected as the founding father of the Pohottuwa and now its saviour, the roles of Comrades Vasu and Weerawansa in drawing thousands of despondent Rajapaksa supporters in defeat to rallies with their stentorian rejuvenating rhetoric seem to be thrown into the garbage dumps of history.

Thousands who had jam packed the inaugural rally at the Nugegoda Market precincts and thereafter other massive rallies, roared and cheered the two comrades as they lambasted the Yahapalanaya.

Aging Mahinda could only growl ‘Dang Kohomada’ (how is it now), attributing the suffering of the people to follies of Ranil and Sirisena.  The two fire-eating comrades with their fire and thunder infused fresh hope and revolutionary spirit as they went on from rally to rally and finally to the packed Galle Face Green rally. Whether Basil was seen or heard at these events that saw the reincarnation of the SLFP as the Pothottuwa we can’t recall.

True, revolutionary fire and thunder from political platforms make very little sense to the sane and sober.  Vasu and Weerawansa are no different. But that is what political rallies are all about.

People attend political rallies not to hear religious sermons, metaphysics of politics or bakthi-gee but to hear their political rivals ripped open and exposed, allegations made against them — true or false — blasted over and to be assured that soon it will be kaput for their rivals. Vasu and Weerawansa are experienced exponents of this art, particularly Vasu with his experience of 44 years as a rightist baiter.

Now, speculation abounds of Basil’s strategy of rescuing Lanka. His advantage is that he is also a fully-fledged American and presumably not tainted with anti-Americanism or anti-Western postures. He can address State Department officials saying things such as: My fellow Americans. Our countries are both democracies, there is no real animosity between us — only some hangovers from the past. As you know I have taken the Oath of Allegiance to the US of A and you know what that means. How can I or many other American Lankans be anti-American….?

If the yanks fail us, we still have our ‘friend for all seasons’ — China. If we fall short of cash, we can always ask Xi Jinping for Yuan and they have been giving it to us in millions and billions during war and peace but naturally on interest which has been piling up over the years to billions of dollars. The Chinese, our friends, are generous and they don’t recall loans. They invest willingly and now they have two harbours at least, the Port City which will not be a Chinese City but perhaps a China town.

The Chinese are also not the ‘Konde Bandapu Cheenu’ — the Chinese with a knot of hair tied behind them — who came here as refugees when China was in turmoil in the thirties and forties.  They will give loans on interest (as all lenders do) and want it paid back in cash or as harbours or cities recovered from the ocean.

And what of the second pillow, nephew Shasheendra? His experience is that of being Basnayaka Nilame of the Kataragama Devale — custodian of the temple of the most powerful god of Lanka. A miracle, it appears is the need of the hour.