The Golden Eagle is the national bird of Afghanistan where 39.7 million Golden Eagles are seemingly ready and eager for flight.

They fly from the land that bore them ~ W.H. Stillwell

Pulitzer Prize winner Isabel Wilkerson starts her brilliant epic story of America’s great migration  of the suppressed colored in the South of the United States with an extract of a poem: “Must we remain in the South, or go elsewhere? Where we can go, to feel the security that other people feel? Is it best to go in great numbers or only in several families? These and many other things are discussed over and over” ( A Colored Woman in Alabama-1902). 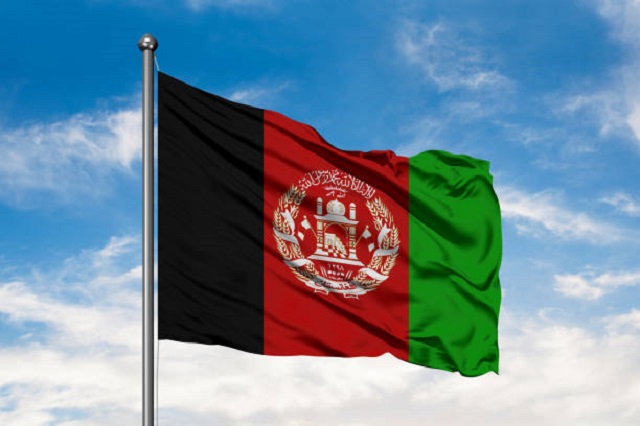 For the deeply fearful people of Afghanistan there seems to be no time to discuss things over and over. They are like the proverbial blind man in a dark room, looking for a black cat, which is not there. They crowd the evacuated embassies of  Western countries that gave them so much hope for two decades, in the hope of getting imaginary visas, just to get out of the country, to anywhere. Whether or not Emily Dickinson’s words “ “Hope” is the thing with feathers that perches in the soul -and sings the tune without the words -and never stops – at all” mattered to the “desperate mothers who have been throwing babies over razor wire at a compound at Kabul airport as they begged British paratroopers to take them to safety” as reported in The Sun, is moot.  Some of the mothers had been so desperate as told by  The Independent who reported  the words of a soldier: “They shouted, ‘save my baby’ and threw the babies at us. Some of the babies fell on the barbed wire. It was awful what happened. By the end of the night there wasn’t one man among us who was not crying.”

The Washington Post has reported that, while Kabul International Airport is under the control of the armed forces of the United States (and its allies), “thousands of U.S. troops have been flown into Kabul to protect evacuation efforts. Washington has moved some 5,000 people out so far, with an additional 2,000 Afghans relocated to the United States as special immigrants. About 11,000 people in Afghanistan have identified themselves as Americans, while more than 80,000 Afghans may need to be evacuated”.  This is indeed a heartrending situation.  The poem above applies to Afghans as much as any of us in the comfort of our secure homes – they should be able to go, to feel security that other people feel.

The United Nations has asked the countries sharing borders with Afghanistan to keep their borders open for refugees, to no avail.  The International Monetary Fund has stopped aid to the country.  Neither of these entities, or anyone for that matter, did anything to ensure safety of the Afghan people which was illusory for 20 years.  CNN’s Fareed Zakaria revealed in his weekly programme GPS : “the deal made by the US government with the Taliban made it appear to the public as if American troops were maintaining peace in Afghanistan when it was not the case … the US was masking the reality that the Taliban were gaining ground in Afghanistan for years”.

When it comes to feckless rhetoric there’s none to beat us in the West: we who must be seen by the hapless and terrified Afghans as mendacious scumbags. CNN reported on 8 January 2002: “ British Prime Minister Tony Blair has promised Afghans that the world will not abandon their country again, saying the international community had learned the high price that is paid for neglect”. In Bagram, North of Kabul, Prime Minister Blair is reported to have said: “Afghanistan has been a failed state for too long and the whole world has paid the price — in the export of terror, the export of drugs and finally in the explosion in death and destruction on the streets of the U.S”.

James Bovard, writing for Strategic Culture Foundation on May 21, 2021 says: “In his 2002 State of the Union address, Bush boasted, “The mothers and daughters of Afghanistan were captives in their own homes.… Today women are free.” But a United Nations report the following year on rural Afghanistan concluded that “the situation of women has not changed to any great extent since the removal of the Taliban.” New York Times columnist Nicholas Kristof, who visited Afghanistan in early 2004, reported that “many Afghan women are still captives in their homes…”

Amidst all this, it is somewhat heartening that The World News reported on 16 August 2021 that US Ambassador to UN, Linda Thomas-Greenfield had said: “the United States  promises to be generous in resettling Afghans in our own country, and I’m heartened by pledges we’ve seen from other nations to do the same. We urge Afghanistan’s neighbours and others to give refuge – temporary or permanent to Afghans attempting to flee”.

The Gorge W. Bush Presidential Centre has issued the following statement by President Bush: “ Laura and I have been watching the tragic events unfolding in Afghanistan with deep sadness. Our hearts are heavy for both the Afghan people who have suffered so much and for the Americans and NATO allies who have sacrificed so much.

The Afghans now at the greatest risk are the same ones who have been on the forefront of progress inside their nation. President Biden has promised to evacuate these Afghans, along with American citizens and our allies. The United States government has the legal authority to cut the red tape for refugees during urgent humanitarian crises. And we have the responsibility and the resources to secure safe passage for them now, without bureaucratic delay. Our most stalwart allies, along with private NGOs, are ready to help”.

It is time to put our money where our mouth is.  Richard Haas, Chief of the Council on Foreign Relations talks of “sovereign responsibility”, which means that sovereignty should not stop at borders but extend to helping countries and their people who might suffer as a result of arbitrary and capricious decisions of leaders taken under the shroud of national sovereignty. It is a sovereign obligation that rests with States to help the nation of Afghanistan.

The Golden Eagle is the national bird of Afghanistan, and it is appropriate to quote from Flight of the Golden Eagle: Tales of the Empty-Handed Masters: “Imagine that the golden eagles look down from the sky at the world below and see the bird cages and feel the sorrow of the confined birds. Feeling great compassion, the eagles descend to earth to show the caged birds how they can be free, but few want to learn. Most prefer to go on pretending that their cage is the whole world. But some do listen to the great eagles and realize that the door is open. They too are afraid at first and remain within the safety of their cages. Their wings are weak; they can barely remember how to fly. But some try, and try again, and their wings grow broad and strong. The eagles lead them out of their cages to soar in the expanse of sky. Then the newly free birds look down at the earth below and see all the little cages and feel the sorrow of the remain­ing prisoners. And they, in turn, return to help their caged friends below”.

In Afghanistan, the 39.7 million Golden Eagles are seemingly ready and eager for flight.