The Vietnam saga being one of ideological competition had seen the North Vietnamese government ally with the Soviet Union and the People’s Republic of China (PRC).

As pictures of Chinook helicopters hovering above the US embassy in Kabul, reminiscent of similar scenes from Saigon 45 years ago, have gone viral on social media platforms, the tendency to draw parallels between Vietnam and Afghanistan seems irresistible. There are of course some evident similarities—long wars, unfulfilled missions, abandoning the locals, to name a few. But there have also been differences spanning across geography, culture, history, and more important, the nature of the enemy itself—in Afghanistan, the US did not face a conventional army. Yet, in this analysis, let us focus on a key area that puts Afghanistan as a case completely different from Vietnam. That is, “intelligence”.

The failures of US intelligence in Vietnam are multifaceted, including poor strategic intelligence in identifying the communist insurgency, scarce manpower deployment, heavy dependence on technological intelligence platforms at the cost of HUMINT, and finally, coordination problems between several agencies—mainly the DoD and the CIA. In analysing the Afghan experience, observers are likely to raise some of these factors once again, especially the HUMINT angle. In fact, Tamim Asey, former Deputy Minister of Defence, Afghanistan, has said that the US and its allies have deployed cutting-edge ISR capabilities, “what is missing, however, is good HUMINT”. 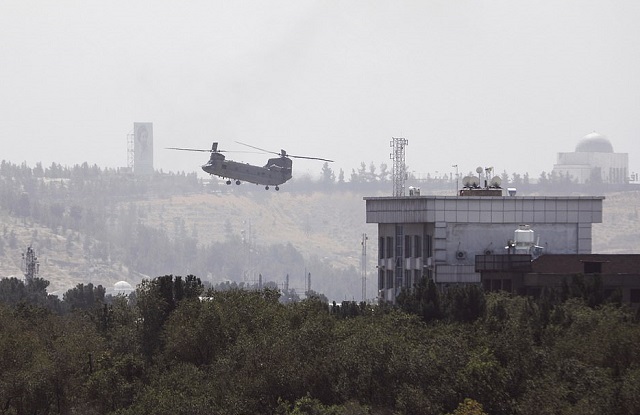 The truth, in this regard, may not be as bleak as Asey asserts. Following the Vietnam debacle, and influenced by the experiences of Operation Eagle Claw (1979), Beirut bombings (1983), and Gulf War (1990), the US had made considerable improvements in its HUMINT capabilities. In fact, after the launch of Operation Enduring Freedom (2001) and the invasion of Iraq (2003), HUMINT focus on these two theatres raised concerns among some observers that the War on Terror had been diverting assets away from traditional adversaries such as China and North Korea. Besides, the presence of contractors offering linguistic capabilities as interpreters and interrogators, in addition to local allies, provided the US a formidable HUMINT network in Afghanistan. In point of fact, CIA director Bill Burns expressed his biggest concern with the US withdrawal to be the loss of intelligence network, which could potentially diminish the agency’s “ability to collect and act on threats”.

Thus, infrastructurally and operationally, US intelligence had improved manifold since Vietnam, that organisational factors serve little analytical purpose in examining US failures in Afghanistan. An argument can still be made that Iraq served as a diversion, which absorbed a chunk of intelligence capabilities that could have otherwise focused on Afghanistan. However, a thorough analysis of this perspective will need more scholarly effort and evidence in support of such an argument. In such an instance, another effective way of observing American failures is by examining the strengths and successes of the enemy intelligence and counterintelligence. Both insurgent groups Viet Cong and the Taliban shared similar intelligence mechanisms that relied on local support and terrain advantage. But, beyond this, both parties enjoyed support from foreign countries, who became their key intelligence partners. It is here that Afghanistan emerges distinct from Vietnam; one that makes the former a much bigger embarrassment to Washington.

The Vietnam saga being one of ideological competition had seen the North Vietnamese government ally with the Soviet Union and the People’s Republic of China (PRC). Vietnamese intelligence officers were trained by the PRC during the 1950s. Later as the conflict intensified, the Soviet KGB and the GRU became active intelligence partners of the Viet Minh, while the PRC provided occasional tip-offs on American air raids. A project titled “Vostok” witnessed Soviet assistance in radio counter-espionage, radio intelligence and communications security. Given the US’ technocratic operations, the Vietnamese radio counter-espionage operations were quite successful in thwarting US-South Vietnamese efforts in building an intelligence network. Radio intelligence further offered valuable details about planned US airstrikes, whilst the GRU’s ELINT support enabled the Vietnamese to detect, identify and exploit US electronic jamming signals. As is evident, foreign support to Vietnam came mostly in the domain of operational intelligence. At the strategic level, the Vietnamese refused to be guided by the interests of any other country. Even the KGB and the PRC intelligence were considered prime targets of the Vietnamese counterintelligence.

In contrast, the Afghan experience presents complexity and shows greater strategic supervision from foreign agencies. First of all, the Taliban’s international partner—Pakistan—was not recognised by the US as an ideological foe, but a frontline ally. Secondly, the Pakistani intelligence—Inter-Services Intelligence (ISI)—unlike the KGB and PRC, was not limited to provision of operational and tactical support to Taliban. With direct stakes in the Afghan conflict, driven largely by its quest for strategic depth (a concept propounded by former ISI chief Mirza Aslam Beg), the ISI devised a “strategic deception” plan against the US to better guide its clients in Afghanistan. The present rout of US from Afghanistan is evidence of its monumental success.

At least three key aspects come to mind where Washington fell victim to Pakistani deception, leading to the current crisis in Afghanistan. The first was to convince the Americans of “rogue elements” within the ISI. The numerous American intelligence agencies operating in Af-Pak were aware of the ISI’s double games but were conflicted in declaring the ISI an enemy due to their differing assessments of the ISI-jihadist nexus. For some, the ISI had a few capable and professional officers while support for jihadism was mostly carried out by lower rank officials or retired personnel. Even when evidence of ISI’s links with the Haqqanis or the Taliban emerged, they were dismissed as evidence of the ISI’s incompetence and not proof of the agency’s control over the jihadists. It appears that none of the American agencies managed to place the indicators and inputs within the framework of Pakistan’s quest for strategic depth in Afghanistan, which would have presented a different reality.

The second major deception aspect employed by the ISI was to declare Pakistan as a “victim of terrorism”. The fuel for this hogwash was given by a carefully calibrated leak by the ISI in 2010 of an assessment that claimed a “two-thirds likelihood of a major threat to the [Pakistani] state coming from militants rather than from India or elsewhere”. The tone and tenor of this assessment that regarded India—considered Pakistan’s mortal enemy—as a second grade threat was readily accepted by international observers as evidence of a changing Pakistan. While vast sections in the US accepted this assessment, the ISI used this to convince people at home of a joint Indian, American and French conspiracy against Pakistan via Afghanistan. The fact that terrorism in Pakistan was a self-created problem was conveniently ignored by the international community; as was the continuing sponsorship to groups aimed at India.

The same year, the third deception ploy—one of a “reformed ISI”—was laid following the arrest of Taliban leader Mullah Abdul Ghani Baradar in Pakistan. After the arrest of Baradar and other Taliban leaders, the Economist interpreted the event as “reflecting a change in policy” in Islamabad. Bruce Riedel, former CIA analyst, termed the event a “sea change in Pakistani behaviour”. Indian intelligence analysts, such as the late B. Raman, had questioned the veracity of such claims considering the struggle that was brewing between the ISI and Taliban’s senior leadership. But Washington was far from identifying the ISI’s scheme. As Steve Coll notes, the US intelligence community was unable to discern whether the ISI’s arrests were to demonstrate cooperation with the US or to punish “rogue” clients.

Therefore, today as we witness the plight of Afghans at the hands of the Taliban, it is confirmation that the US has been the victim of history’s greatest strategic deception programme. Trillions of dollars have been spent to finally offer Afghanistan to Pakistan on a silver platter. Mullah Baradar, whose arrest gave rise to claims of a reformed ISI, is now recognised by the US as a legitimate negotiator, even as reports suggest his being handled by the ISI. In fact, while in Doha for negotiations, Baradar had requested that the Qatari authorities allow ISI officials to be invited for political meetings. Thus, the defeat of the US or the victory of Pakistan owes to the ISI’s correct reading of US’ long-term intentions. As former ISI chief Hamid Gul had declared in 2014, “when history is written, it will be stated that the ISI defeated the Soviet Union in Afghanistan. Then there will be another sentence; the ISI with the help of America defeated America”. Gul’s prophetic declaration is nothing but proof that an elaborate deception plan was laid by the ISI.

In final words, if future historians were to compare Vietnam and Afghanistan, they would do well to recognise that for American spies, Afghanistan is not Vietnam. Vietnam was a case of misunderstanding the enemy whereas Afghanistan was the “wrong enemy”.

Dheeraj P.C. holds a PhD in Intelligence Studies from the University of Leicester, UK.