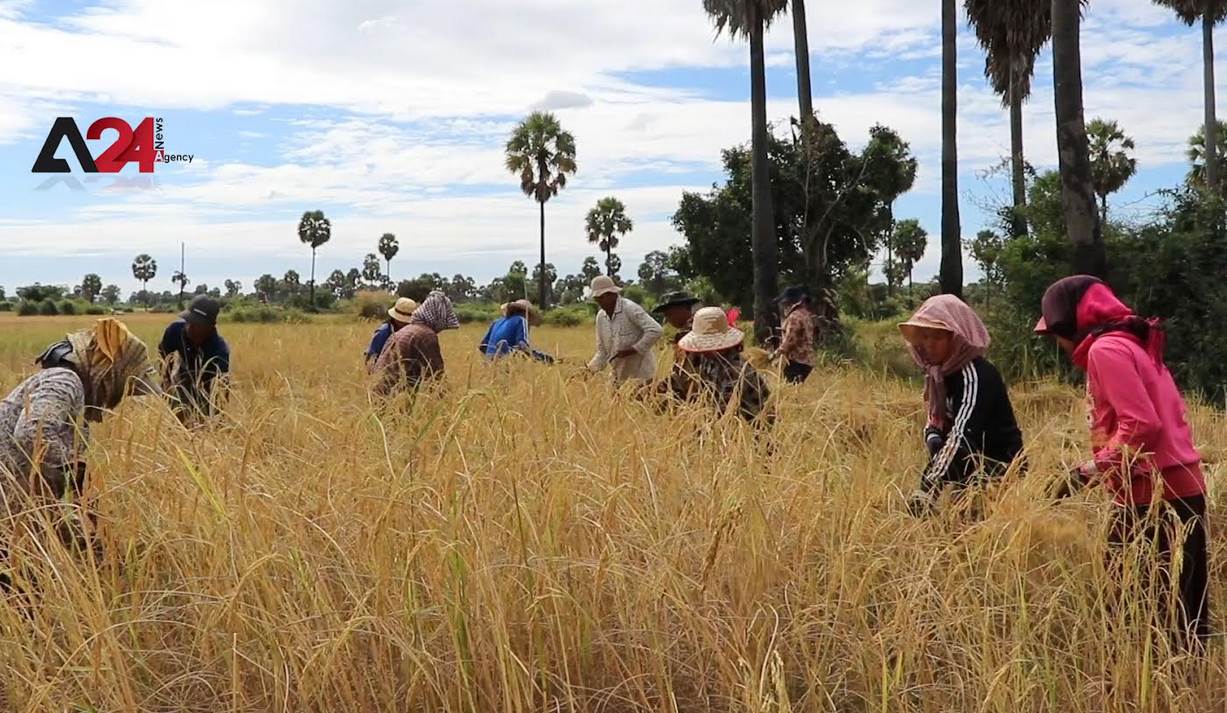 Cambodian Farmers are frustrated due to the poor rice harvest this year, in addition to incurring great losses after their rice fields were dried up due to lack of water during the harvest month.

According to farmers, the losses are more than what was expected during the past two years, while others hope that the next year will carry a better season than this year, “the fields depend mainly on rainfall, and when the crop began to grow this year, there was no rain, which led to the burning of the plants, which caused great financial losses”, farmer, Priam Thorne, says. Rice cultivation in Cambodia occupies the first place in the list of national production, with an estimated annual production of nearly 9 million tons.
Source-A24 News