Speaking on the occasion of the golden jubilee of the great victory, the President of India said, As a young man, I was inspired by the moral courage of Bangabandhu. 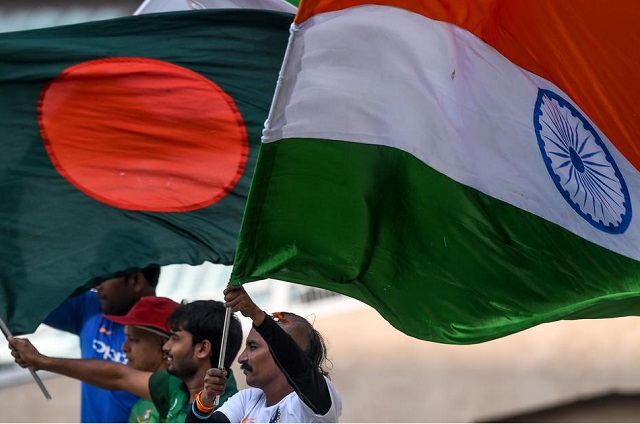 During the visit, he took part in a parade at the National Parade Ground on the morning of 16 December and addressed the ‘Great Hero of Great Victory’ at the South Plaza of the Jatiya Sangsad Bhaban. Bangladesh has a unique place in India’s ‘Neighbor First’ policy, said the country’s President.

Bangladesh is not only a close neighbour of India but also a long-time tested, genuine friend and companion. India’s spontaneous support and cooperation in the great war of independence and liberation of 1971 are always remembered. Not only economic cooperation between the two countries, but also border security, technology exchange, space research, cyber security, connectivity, shipping, river dredging, and other areas of cooperation are expanding. Efforts are being made to facilitate trade by road. Bangladesh-India relations to advance the relationship that Bangabandhu laid the foundation of a strong partnership between the two countries; Both countries are interested. The bond between Bangladesh and India is directly related to blood. Because, in the glorious armed liberation war of 1971, the neighbouring country India helped and cooperated with Bangladesh in every possible way. The loss of the life of about 17,000 Indian soldiers in the liberation war of Bangladesh is a historic sacrifice that is rare in the history of the world. India recognized Bangladesh as an independent sovereign state on December 6, 1971, within hours of Bhutan’s recognition.

On December 15, Prime Minister Sheikh Hasina paid a courtesy call on the President of India. During the meeting, the two leaders discussed various issues including strengthening friendly relations and bilateral cooperation between the two countries, enhancing connectivity, especially reopening of routes closed after the 1965 Pak-India war, and working together on bilateral and international issues.

Speaking on the occasion of the golden jubilee of the great victory, the President of India said, “As a young man, I was inspired by the moral courage of Bangabandhu. Like millions of people, I too was electrified by his thunderous voice and the realization that carried the aspirations of 70 million people of Bangladesh at that time. Like millions of Indians of my generation, we rejoiced in Bangladesh’s victory over an oppressive regime and were deeply inspired by the faith and courage of the people of Bangladesh. The Foreign Minister of Bangladesh described the visit of the President and Prime Minister of the neighbouring country to Bangladesh in the same year as a rare event in history. The people of Bangladesh will remember the sincere and inspiring speech of the wise President of India.

In his speech, he mentioned that India has always given top priority to friendship with Bangladesh and said, “We are committed to assisting in realizing the full potential of our friendship.” “In recent times, we have seen a wide range of activities in a number of areas, including trade expansion, economic cooperation, people-to-people contacts, student exchanges, and cooperation,” he said. All of this is a guarantee of a lasting and deep friendship based on our mutual respect, sovereign equality, and our long-term interests.

The President of India said that our businesses should be encouraged to implement the vision of a deeply integrated supply chain of manufacturing and transport connectivity, which would enable our sub-region to be one of the largest manufacturing hubs in the world and the world’s largest market for goods and services.

The issue of regional cooperation is gaining importance in the development of the world today. Actually, there is ample opportunity for neighboring countries to work together for development in the socio-economic, political, and cultural context of South Asia. Regional and bilateral cooperation in various sectors including poverty alleviation, environmental protection, counter-terrorism, agriculture, science, health, and public service may prevail.

Today, Bangladesh looks to other countries to sell its products; However, in order to expand the market for commodities in South Asia, there is no need to be dependent on others for expanding regional trade, India itself may be a huge source of the potential market as the President of India has clearly stated in his speech. Because India has a market of a lot of consumers. Bangladesh should reap these regional benefits.

India is not just its closest neighbour; It is also a country that fully supports Bangladesh’s war of independence. From this point of view, the issue of Bangladesh-India relations is very important, there is no doubt about it.

Hopefully, apart from connectivity, implementation of hydropower projects through sub-regional cooperation, and eradication of militancy and terrorism, various issues are gaining equal importance to Bangladesh and India. Moreover, Bangladesh and India share the same attitude in playing a role in maintaining regional peace, security, and stability.

On the other hand, keeping in mind India’s contribution in the war of liberation, Bangladesh has always attached importance to maintaining good relations with India. Land and sea disputes between the two countries have already been settled peacefully. Bangladesh has taken appropriate steps to meet India’s expectations on transit and transshipment issues. In this context, we are hopeful that the much-awaited Teesta River water sharing issue will be resolved soon.

During his visit to Bangladesh, Indian President Ramnath Kobind’s speech expressed hope that the economic potential of the two countries and the hope of opening the door of friendship, harmony, and brotherhood would come true. Let the door of possibility be opened through the Visit of the President of India.