The sad truth is that everyone of the decision of Tamil Nadu government appear to be taken on the basis of political considerations rather than  improving the  economic status of the state and relieving the state from severe financial crisis.

After ten years of governance by AIADMK party, DMK party was voted to power in the state assembly elections  in Tamil Nadu seven months back with absolute majority.

Majority of people voted for DMK and it’s allies mainly due to the promise   during the  pre election campaign that corruption would be rooted out in Tamil Nadu and some freebies  would be extended to the people in addition to the several existing freebies. 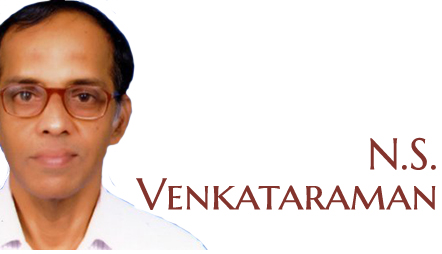 Unfortunately, during the last seven months of DMK rule, the focus has been on politics rather than economics , with no perceptible reduction in corruption and promised freebies not being fully honoured due to severe financial crisis in the state. Obviously, many promises have been made  during the pre election campaign without considering the financial condition of the state and probably thinking that the election should be won somehow .

Today, Tamil Nadu is passing through a period of severe financial crisis , with the total outstanding liabilities of Tamil Nadu government expected to  increase to about Rs.6.59 lakh crore  in 2020-21, where  state development loans (SDL)  account for Rs.4.65 lakh crore. The remaining components of the liabilities include obligations from UDAY bonds, loans from financial institutions and others.  As per the Reserve Bank of India data, Tamil Nadu government raised as loan  Rs.62425 crore in 2020-21  and Rs.39,000 crore in 2021-22  ( till  September,2021)  through market borrowings.

The grim fact is that in the last three to four years, borrowings have been made even for spending like salaries, pension and interest payments. Tamil Nadu is expected to spend 20.5% of it’s revenue receipts on interest payments in 2021-22, that would leave little money for implementing development projects. More than 60% of the Tamil Nadu government’s revenue are reported to be spent for paying salaries and wages to government employees.

It is difficult to visualize a  financial crisis of  Tamil Nadu  government more severe than this.

Obviously, what the Tamil Nadu government has to do is to increase it’s tax collection, which is not happening due to high level of corruption and inefficiency in the government machinery at various levels. Further, it is necessary to get rid of the loss incurring public sector / government owned undertakings such as  TANGEDCO ( Tamil Nadu Generation and Distribution Corporation Limited), State Transport Corporation etc. since these institutions have been incurring severe loss for several years now and with no feasibility of operating profitably in the near future.  Further, unproductive assets of the Tamil Nadu government have to be sold to reduce the debt.  Unfortunately, during the last seven months of DMK governance, nothing has been done towards such essential steps.

On the other hand, the financial crisis in some state undertakings are becoming more grim due to populist actions of the government. For example, inspite of heavy loss incurred by state transport corporation, the travel has been made free for women in the bus, which means that the income of the state transport corporation has been reduced to nearly half of the previous level.

In the case of the TANGEDCO, there are several allegations that power is being purchased at very exhorbitant cost by TANGEDCO, with suspicions  being raised about the motive of decision with regard to  purchase of   power. The fact is the bank loans of TANGEDCO have been placed under negative watch  category. Further, there are reported to be around Rs.3,300 crore of uncollected amount for electricity distributed to several municipalities and state government owned organisations. This is shocking. No worthwhile efforts to improve the efficiency of TANGEDCO appears to have been taken so far.

There is urgent need to reduce the unproductive expenditures  which are now being incurred such as setting up public park in Coimbatore, big library in Madurai, memorial building for political leader, construction of Tamil Nadu House in Delhi etc. All these are certainly expenses which can be postponed until the financial conditions would improve.

After coming to power, the DMK government has been

announcing various committees to suggest economic reform measures and promote industrial growth,  including one committee by internationally known economists. Many people wonder as to what is the need for so many committees on so many issues when solutions for the problems are very well known and only strong , efficient and proactive measures are required to be implemented.

While the financial crisis of Tamil Nadu government continue unabated and perhaps, largely unattended , the matter of concern is that there appears to be more politics than economics in Tamil Nadu governance at present.

The DMK government started on a wrong foot by  unilaterally terming the central government as  union government  (Ondriya arasu in Tamil), which serves no purpose other than  providing vicarious satisfaction to some political groups in Tamil Nadu.

Further, the DMK government has been taking steps to collect  the gold , silver and diamond  in the possession of temples and melt the gold and silver and  use it to augment the financial resources of the state. This step has also been challenged in the court and the court has issued order against the melting of the gold  and silver belonging to temples ,until the court would give it’s final decision.  At the same time, Chief Minister has been announcing some special stipend etc. for some  priests in Hindu temples and these moves are  suspected as measures to cover it’s unnecessary steps to” reform” the  Hindu temples.

This move to interfere in Hindu temple administration is being criticized, since several leaders of DMK government have declared themselves to be atheists and non believers in God.

There are lot of other instances of  politics in administration such as demand for repeal of NEET  (  entrance examination) for admission to medical college , insistence that only Tamil prayer  song should be  sung in educational institutions, government functions, public sector undertakings  and everybody should stand during the prayer. So many other instances of politically motivated orders in the name of promoting Tamil culture have been initiated , which  appears to be non issues , particularly as far as focused governance on development  is concerned.

While the focus should be on economic and industrial development and improving the financial conditions of the state, the discussions in Tamil Nadu political forums now take place only on counter productive political issues.

In public forums and media, there is little discussions about the economic development strategies   and financial crisis confronting the state.. While the government frequently announces that several MOUs have been signed for setting up industrial projects that have  long  gestation period ,  nothing much has been said about saving the existing industrial units from slipping into losses.

For example, the fireworks industry in Sivakasi region is facing grim issues today due to variety of reasons and government has done nothing   about saving the Sivakasi units.

The sad truth is that everyone of the decision of Tamil Nadu government appear to be taken on the basis of political considerations rather than  improving the  economic status of the state and relieving the state from severe financial crisis.  For example , Sterlite Copper unit in Tuticorin continues to remain closed and Chennai Salem Highways project virtually remain stagnant due to political consideration of the state government. Neutrino project is an extremely important project that would boost research status of Tamil Nadu in the world arena. Nobody in DMK government is talking about this project,  for whatever reasons.