People wonder as to what would be the advice of economic experts,  more than the remedial measures that are already known to people.

The last eight months have been  hilarious time in Tamil Nadu ,after the DMK party won the assembly election and  started governing the state.

There have been heavy focus by the Tamil Nadu government during the last eight months on issues,  which appear to be really non issues  from  the point of view of the welfare and progress of the state.  Such focus on non issues has resulted in huge debate in the print and visual media when politicians and the so called activists have a field day   to reveal their   “ analytical   and debating ability”.

The Tamil Nadu government appointed a finance minister who started his innings ,claiming about his “extraordinary”  qualification in the field of finance management  and  experience in working in several multinational companies and banks abroad.  Such claim really caused surprise and amusement amongst people , since there are many highly qualified experts  in Tamil Nadu with considerable  expertise in the field of finance . 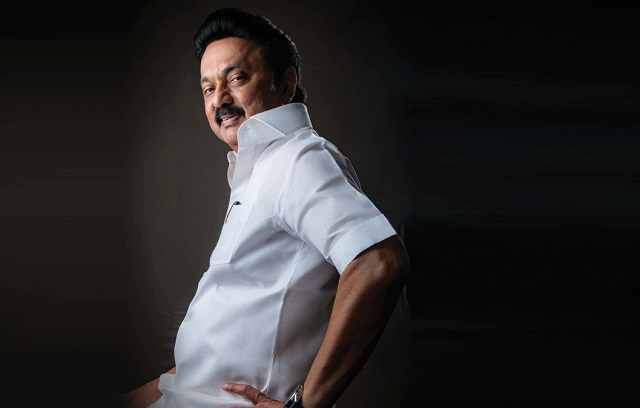 Finance minister further secured considerable media space by not attending the GST council meeting organized by Central government  and   offering some amusing reasons such as direct flight connection  not being available and having  to attend some private function.

Further, the finance minister shocked all the people in the state by stating that there is  debt burden of more than Rs. 2 lakhs on every citizen in Tamil Nadu, confusing  people as to how the debt of the state  can be interpreted as the debt on individual citizen.

The real serious issue in Tamil Nadu today is the severe financial crisis with the total debt burden  of  the state exceeding  around Rs. 7 lakh crore.  So far, no tangible proposals have been announced by the finance minister or the chief minister  to solve this debt burden problem in a time bound manner.

The Tamil Nadu chief minister constituted a council of well known economic experts including the former economic advisors of Government of India and a Nobel laureate. So far, it is not known as to whether this council  has met even once and deliberated on the economic issues confronting the state and offered any tangible solutions for the economic mess that the state is facing.  It is also not known as to what is the remuneration paid to these economic experts for their advisory services.

What amused  many people in Tamil Nadu is that   while the reasons for financial crisis are well known which include corruption amongst the politicians and official machinery leading  to low collection of tax revenues, heavy financial loss in state owned undertakings ,wasteful  expenditure , extensive freebie schemes, some of which are really not necessary.

The solution for these problems are also well known, which call for greater commitment by the government to financial discipline and greater efficiency in administration and management of  state undertakings.

People wonder as to what would be the advice of economic experts,  more than the remedial measures that are already known to people.

The problems for the present DMK government started from the day one , since during the pre election campaign , it has made many un implementable promises such as monthly grant of Rs. 1000/-  to every woman in the state, closure of tasmac shops, gold loan waiver scheme etc.

As the people are now questioning as to why such promises are not being implemented , government made some hasty moves like waiving the  bus fare for women travelling in government buses.  The state transport corporations are already running on heavy loss and waiving of  the bus fare for women is further driving the transport corporations deep  into  red.

Even as the state is having severe financial crisis, the Tamil Nadu government is throwing money on projects which would not give any economic return, such as construction of memorial for former chief minister of the state, construction of huge memorial library in Madurai, setting Pennicuick statue in London etc.

People are surprised at the priorities  of the government  and  think that such projects should have been delayed until the financial conditions of the state would improve but the ruling party appears to have other ideas.

Why focus on non-issues? :

While state is confronted with serious financial crisis and widespread corruption in the state, the government seem to be running out of ideas.

Obviously, the government has decided to keep the public “in good humour” by taking up non issues and diverting people’s attention from the grim issues faced by the state.

Now, the biggest issue provoked by the government and discussed extensively in the state is the NEET examination and   the so called Social Justice Equality and Brotherhood Movement   and rejection of the Republic Day tableau   sent by Tamil Nadu government for Republic Day Parade at Delhi.

The NEET issue has already been well settled in the state and detailed statistics indicate that students have enthusiastically participated in the NEET exam and students belonging to poor families including those studying in government schools and in rural areas have been benefited. Deliberately, Tamil Nadu government is blowing the issue out of proportion and creating climate of confrontation  with the state Governor , who returned the NEET Bill passed by the Assembly due to several valid reasons.

Large section of population in Tamil Nadu are convinced that the discussion on NEET issue is a wastage of time and energy, but the government is highlighting the matter, probably thinking  that  more serious issues  which the government cannot solve  will not catch the attention of the people.

The so called Social Justice Equality and Brotherhood Movement  , on which the chief minister has written to many opposition political leaders in the country, probably  indicate his efforts to get a national image,  so that people will  not judge him by the performance  of his government during the last eight months  in Tamil Nadu.

This subject has been under discussion for several decades in India from the days of Mahatma Gandhi and even earlier. Many significant and meaningful reforms have been initiated in India and impressive achievements in ensuring social justice are clearly seen over the years. Such reform measures will continue in any case.

As a matter of fact, it appears that DMK government has made anti Modi and anti central government as it’s core political philosophy and seems to be all the time looking for opportunities to blame Mr. Modi and the central government. Even when Mr. Modi quoted Thiruvalluvar’s poem in one of his speeches, this was criticized by the Tamil Nadu  chief minister for whatever reasons.

Why Tamil language being used for political purpose?

In the name of protecting Tamil language, the Tamil Nadu chief minister has created an impression  that he is the sworn enemy of Hindi language and in the process, he is doing enormous damage for the youth of Tamil Nadu by denying them Hindi teaching in government schools. As a result, youth in Tamil Nadu are finding it difficult to take up jobs in other states where knowledge of spoken Hindi is important.

Apart from the above,. Tamil Nadu government is focusing on “reforming” Hindu religion by making changes in the appointment of priests in temples The temple property such as gold and land  are sought to be used for other purposes. The leaders in the government are known to be atheists and non believers and their excessive attention with regard to Hindu temples  has been resented by large section of Hindus . It is not known why the state government is focusing on this non priority issue as far as governance is concerned.

Has governance become a joke? :

During the last eight months, the Tamil Nadu government has constituted several committees to advise on various issues , announced several awards on which one loses the count.  No one seems to be knowing as to what these several committees have done and what they have achieved so far. .`

People  wonder why Tamil Nadu government is focusing on non issues and conveniently ignoring grim issues  such as financial mess .

While debt burden is at an unacceptably at high level, Tamil Nadu government has announced that it would borrow another Rs. 25800 crore in January – March of the F Y 2021-22. Has the repaying capability of the state been taken into account while further increasing the debt burden. Have any meaningful steps  been taken to reduce expenses and increase revenue ?

The overall scenario in Tamil Nadu today is the state of governance where there is no real focus on genuine and serious issues  with adequate strategies and forward planning and  only vague announcements on projects being made.

In such circumstances, many people think that governance in Tamil Nadu has lost the sense of direction and has virtually become a joke.