Nearly all my earliest memories came from Burma, where we stayed for a little over three years. Some of what I remember was clearly real, such as the beautiful palace in Mandalay, with a charming moat around it, the striking views from the banks of the Irrawaddy River and the presence of shapely pagodas wherever we went.

Following excerpts adapted from the Author’s latest book, Home in the World, published by Penguin Publishers

One of the earliest memories from my childhood is being awakened by the loud hoot of a ship. I was nearly three years old. The sound made me sit up with some anxiety, but my parents reassured me that all was well and that we were sailing from Calcutta to Rangoon through the Bay of Bengal. My father, who taught Chemistry at Dhaka University in what is now Bangladesh, was about to begin three years’ teaching in Mandalay as a visiting professor. When the hoot woke me, our ship had just completed the hundred-mile journey from Calcutta to the sea on the Ganges (in those days Calcutta was still serving as a port for quite big ships). My father explained to me that we were now going to be on the open sea until we arrived in Rangoon in a couple of days. I did not, of course, know what a sea journey would be like, nor anything about the different ways that people travelled from one place to another. But I did experience a sense of adventure, and an exciting feeling that something serious was happening to me which had never happened before. The deep blue waters of the Bay of Bengal looked as if they had been conjured from Aladdin’s lamp. 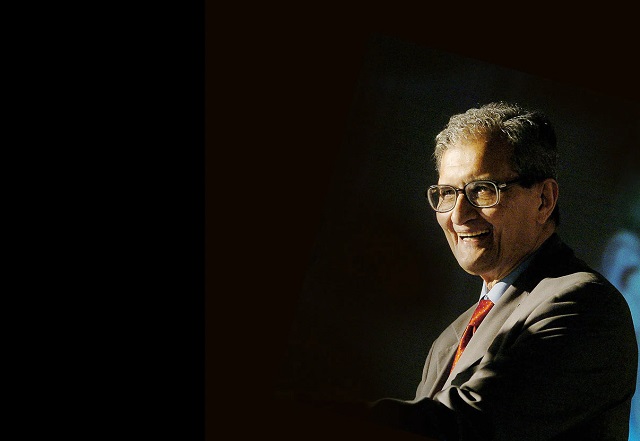 Nearly all my earliest memories came from Burma, where we stayed for a little over three years. Some of what I remember was clearly real, such as the beautiful palace in Mandalay, with a charming moat around it, the striking views from the banks of the Irrawaddy River and the presence of shapely pagodas wherever we went. But my memories of the elegance of Mandalay may not match the accounts some others give of a very dusty city, and the striking beauty of our typical Burmese house was, I expect, exaggerated by my love for it. The fact is, I could not have been happier.

I travelled from my earliest days. After my childhood in Burma, I went back to Dhaka, but then moved again fairly soon to live and study in Santiniketan, where Rabindranath Tagore, the visionary poet, had established his experimental school. He was a great influence on me and my family. The title of this memoir is inspired by his book The Home and the World, and reflects his influence.

After ten engaging years at Tagore’s school in Santiniketan, I went to Calcutta to begin my college education. I had some excellent teachers and great classmates there, and the work of the college was well supplemented by a coffee house next door in which wonderfully engaging discussions and debates often occurred. From there I went to Cambridge, England, which started with another captivating boat journey, this time from Bombay to London. Both Cambridge and my college, Trinity, drew me into their splendid old history.

Then came a year spent teaching at MIT in Cambridge, Massachusetts, and at Stanford in California. I made brief attempts to put down roots in various places before returning to India (via Lahore and Karachi in Pakistan) to teach at Delhi University, offering courses in economics, philosophy, game theory, mathematical logic, and – a relatively new subject – social choice theory. The recollection of the first three decades of my life ends with happy days as a dedicated young teacher, with the anticipation of a new – and a more mature – stage of my life.

As I found my feet in Delhi, I had time to think a little about my earlier years, filled with a wide range of experiences. I decided that there were two quite different ways of thinking about the civilizations of the world. One approach takes the ‘fragmentary’ perspective and sees a variety of features as manifestations of quite distinct civilizations. This approach, with the additional feature of hostility between the fragments, has come much into vogue recently, threatening a lasting ‘clash of civilizations’. 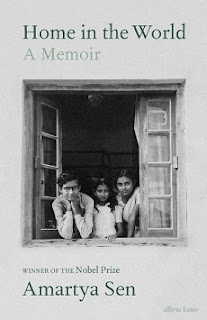 The other approach is ‘inclusive’, and concentrates on looking for different manifestations of ultimately one civilization – perhaps we should call it a world civilization – which generates different flowers through an interrelated life of roots and branches. This book is not, of course, an investigation of the nature of civilization, but, as the reader will see, its sympathies are with an inclusive rather than a fragmentary understanding of what the world offers.

From the Crusades in the Middle Ages to the Nazi invasions in the last century, from communal clashes to battles between religious politics, there have been tussles between varying convictions, and yet there have also been forces for unity working against the clashes. We can see, if we look, how understanding can spread from one group to another and from one country to the next. As we move around we cannot escape clues to broader and more integrative stories. Our ability to learn from each other must not be underestimated.

Being in reflective human company can be an enormously constructive experience. At the end of the tenth century and the beginning of the eleventh, the Iranian mathematician Al-Biruni, who spent many years in India, remarked in his book Tarikh al-Hind that learning about each other contributes both to knowledge and to peace. He presents a wonderful account of mathematics, astronomy, sociology, philosophy and medicine in India a thousand years ago, and also shows how human knowledge expands through friendship. Al-Biruni’s fondness for Indians contributed to his interest and expertise in Indian mathematics and science. This fondness did not, however, prevent him from teasing them a little. Indian mathematics is very good, Al-Biruni says, but the most unusual gift Indian intellectuals have is something quite different: it is their ability to talk eloquently on subjects about which they know absolutely nothing.

Would I be proud of that gift if I had it? I don’t know, but perhaps I should begin by talking about things I do know. This memoir is a small attempt to do just that, or at least to talk about things I have experienced, whether or not I actually know them.

About the Author: Amartya Sen is Professor of Economics and Professor of Philosophy at Harvard. He was Master of Trinity College, Cambridge, from 1998 to 2004, and won the Nobel Prize for Economics in 1998. His many celebrated books including Development as Freedom (1999), The Argumentative Indian (2005), Identity and Violence: The Illusion of Destiny (2007), and The Idea of Justice (2010), have been translated into more than 40 languages. In 2012 he received the National Humanities Medal from President Obama and in 2020 he was awarded the Peace Prize of the German Book Trade by President Steinmeier.