The contents of the Build Back Better bill are extremely popular. But the relentless conservative propaganda against the bill requires a concerted effort to reshape the narrative.

The unfolding drama over a legislative battle within the Democratic Party to pass a massive bill encompassing desperately needed social services has revealed the power of narrative in our political landscape. It is not enough to put forward policy proposals that actually help people, paid for by those who can afford to pay (the wealthiest), and then try to pass those proposals into law. Relentless propaganda from conservative think tanks and their partner media outlets against the idea of government funding people’s needs has been so successful that it requires equally powerful counternarratives by progressives. 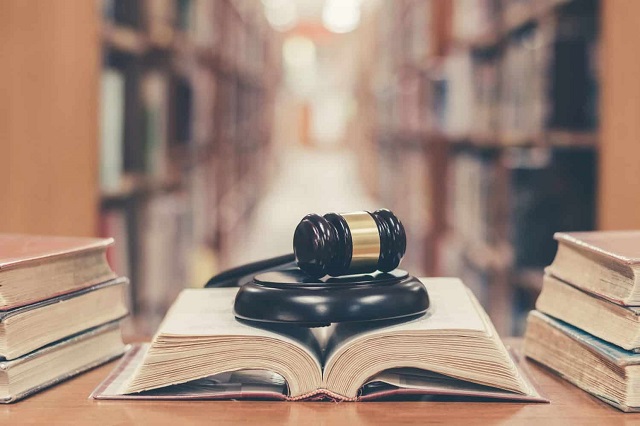 Now, several progressive lawmakers are working on such counternarratives. Senator Bernie Sanders’ office recently released a statement pointing out that many Americans know about the cost of the Build Back Better bill—an omnibus piece of legislation that embodies much of President Joe Biden’s agenda—but know little about what the bill actually includes and how it would benefit a majority of Americans.

Sanders was likely referring to an October 10 CBS News/YouGov survey revealing that nearly 60 percent of those polled knew that bill was priced at $3.5 trillion but only a paltry 10 percent knew the contents of the bill in great detail. The poll also revealed that those who knew the bill’s contents were more likely to support it, and found strong majority support for specific aspects of the bill.

Sanders specifically called out journalists, saying that a top reason for the prevailing ignorance of the bill’s contents is that “the mainstream media has done an exceptionally poor job in covering what actually is in the legislation.” He said his hope was that “mainstream media will fulfill their responsibilities.”

Unfortunately, media pundits continued to make Sanders’ point by doubling down on the costs of the Build Back Better bill. Los Angeles Times columnist Jonah Goldberg responded to Sanders’ statement by resorting to a familiar trope with an op-ed whose headline said that “no one really wants to pay for it.” Goldberg wrote, “Americans in general don’t want to pay much of anything for the stuff progressives constantly say America is demanding.”

Another columnist in the Hill, Alfredo Ortiz, made a similar claim, going as far as saying, “the more that Americans learn about this historic tax and spending plan, the more they seem to oppose it.” Ortiz is the president and CEO of the Job Creators Network, a conservative pro-business advocacy group.

However, when asked, Americans know exactly who they would like to see paying for the bill—the rich. A Vox and Data for Progress poll concluded that 71 percent of those polled want to raise taxes on the nation’s richest 2 percent in order to pay for the bill—an inconvenient fact for the bill’s naysayers.

One columnist in a mainstream corporate outlet did respond responsibly to Sanders’ demand for better media coverage. Helaine Olen of the Washington Post wrote that “We (the public, journalists and some lawmakers) have focused more on the cost of the package than its contents—even though our society is all but starved of supports that other first-world nations take for granted.”

Olen went on to detail how the bill makes permanent the expanded child tax credit that Democrats pushed through earlier this year. She explained in layperson terms how child care assistance would help families and how the government could negotiate down drug prices and fund home health care for the nation’s elderly, if the bill were to pass.

In an interview, Olen admits that the criticism Sanders leveled at the mainstream media is, “certainly valid on its face.” Although she and others were covering the Build Back Better bill on a daily basis, Americans turning on their television news would “probably hear the horse-race debate” of intraparty battles among Democrats, and “very rarely will you hang around to hear what’s actually in the bill.”

She too maintains that “what’s in the bill is actually quite popular, and a lot of people would actually like it quite a bit.”

Like Sanders in the Senate, House Progressive Caucus chair Pramila Jayapal (D-WA) and her colleagues Representatives Ilhan Omar (D-MN) and Katie Porter (D-CA) have also been engaged in narrative work, publishing an op-ed at CNN explaining why they’re going to bat over the bill and actually laying out elements of the bill.

Jayapal, in particular, has been whipping up support for the bill, arguably working harder than President Biden himself in order to promote and enact his agenda.

But Biden, rather than using his presidential bully pulpit to whip his colleagues into line (as Republican leaders like Mitch McConnell and Donald Trump so effectively showed is possible), has already started to cave on the popular bill. He has begun shopping around a much-diminished version of the bill, now priced at a mere $2 trillion, acting as more of a mediator than a leader.

Obscenely, this is a similar amount by which the nation’s richest billionaires have seen their wealth increase during the COVID-19 pandemic.

Olen explains that, “for the past several decades, we’ve been used to this conversation where progressives are considered to be out in the wilderness and people are appealing to some mythical centrist voters.” In trying to get opposing sides of his party members to meet in the middle on the Build Back Better bill, Biden is buying into this myth.

Olen says, “We’ve always had this dynamic where it seems that the progressives need to give and the centrists are ‘the reasonable people.’” But, she adds, this is a myth. In reality, “the centrist voter would really like to see pharmaceutical price negotiations and child care support.”

Among lawmakers, “the progressives are the reasonable group, and it’s the centrists that are out of touch with the mainstream of the Democratic Party,” says Olen. She sees so-called centrists like Senators Joe Manchin (D-WV) and Kyrsten Sinema (D-AZ) as, “out of touch with a huge chunk of the American public, and [they] are the ones really saying, ‘my way or the highway.’”

It is a point that Sanders made in calling out Manchin by name in a recent op-ed in saying that the West Virginian was among those senators who “remain in opposition” to the Build Back Better bill. Manchin shot back on Twitter denouncing Sanders as, “a self-declared independent socialist.”

For almost every claim that conservatives like Manchin—and he really ought to be called a conservative, not a centrist—make, there is a strong counterpoint that can and should be raised in defense of government spending on ordinary Americans. For example, while Manchin cited rising inflation as a reason against government spending, think tanks like the Roosevelt Institute, and numerous Nobel Prize-winning economists say that the Build Back Better bill would ease inflation.

Those seeking to squeeze Americans while boosting corporate profits and the wealth of the richest few have for years poured resources into shaping a false narrative that people don’t want tax revenues to be used to pay for things that people need. It’s time to expose and upend such a regressive theory.