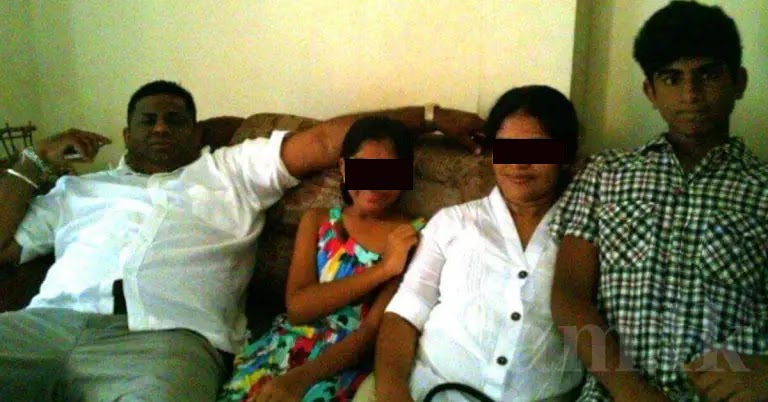 State Minister’s son Avenida Randila Jehan Fernando and six others are currently in remand custody following a mob attack on a group of medical students, including the Ragama Medical Faculty men’s hostel. The attack was carried out by deploying vehicles and employees of the Coconut Development Authority in charge of the Minister of State, and the President has instructed to remove the Chairman for providing vehicles for non-official activities. According to the latest research, the following is the list: On the 1st of this month, an internal conflict had arisen between the students of this faculty, and it had been resolved. But that After the clash,

Yohan Kanishka Paranavithana, a third-year student and a resident of Negombo, had come to the dormitory with a group of outsiders and assaulted a fourth-year student. It is said that the origin of this conflict is not new harassment. On the day of the incident, a fourth-year student was reportedly warning third-year students. The student who planned the attack was not at the scene and was not a dormitory student. He came with a group to perform the student’s violence at the instigation of those who listened to his advice. He has selected friends, including the minister’s son of his Royal School. According to hostel sources,

the hostel gate is not customarily locked. It is said that about 15 people came in two vehicles at once at night.

They had baseball bats and daggers in their hands. The assailants had assaulted Niroshan Nayana Tharanga and tried to drag him into the vehicle. At the same time, other students have joined the scene and a conflict situation has arisen. Meanwhile, a group of persons had informed the police about the clash and when the police arrived, the group had fled. One of them could not go as the group had been trapped. He was arrested and handed over to the police. Five people, including four medical students, were injured in the attack. Three of the four injured were admitted to the Ragama Teaching Hospital, while one student and the other were admitted to the Negombo General Hospital. Shanaka Madushan, a resident of Galkulam, Anuradhapura, Niroshan Nayana Tharanga Bandara of Kuliyapitiya and Vidusha Netsara Mudalige of Kegalle were receiving treatment at the Ragama Hospital. It was stated that the vehicle bearing the number KI-2376 in possession of the students belonged to the Coconut Development Authority.

32-year-old D.C. K. Samaratunga The facts were also revealed in the driver’s wallet. Two police teams, including the Ragama Police arrested the driver of Arundika Fernando’s staff and six others in connection with the attack on the second night. Accordingly, the third person who caused the crash was arrested Yohan Kanishka Senarath, 23, a student of Welimada, Vipula Laksiri, 47, a resident of Meneriwatta, Mohamed Maven Mohamed, 23, a resident of Wellawatte, Purna Kodithuwakku, 22, a resident of Kandana, Lakshan Sandakelum, 32, a resident of Galle and Bandaragama, a 23-year-old resident of Bandaragama. It was revealed that the group of outsiders that Kanishka, who is not a resident student, had brought to the dormitory included several members of Minister Arundika’s Ministry of State.

Avenida Randila, 23, the son of Minister of State Kanishka, a third-year student, and Jehan Fernando,

two classmates who studied in the same class at Royal College, Colombo. According to police investigations, the son of State Minister Arundika was not a student of the Ragama Medical Faculty but was involved in the attack. Accordingly, Minister of State Arundika His son Avenida Jehan Fernando was arrested on the second night with a lawyer and handed over to the Ragama Police. The police seized the BMW luxury car he was travelling in while it was in the Kalubowila area. The vehicle belonged to a resident of Kalubowila and had been leased out to a traffic supplier, which revealed that. The parents of the third-year student Kanishka, who started the conflict, are also doctors. His mother was a doctor at the Negombo Hospital. D. C. Paranavithana told the media, “That day my son went to a party. At that time, he was assaulted. The son was a freshman who had been active against torture since the first year. The son was also beaten in the first year.

I urge the universities to take immediate action to eliminate this form of torture. “The Government Medical Students’ Parents’ Association has stated that although the doctor had tried to portray the incident as a new incident of suffering, it was not the recent incident that caused the students’ clash. Minister of State Arundika Fernando announced last Thursday that he would resign from his ministry post until a proper investigation is carried out into the medical students’ clash involving his son. The suspects were produced before Wattala Chief Magistrate Heshan de Mel and remanded till the 7th of this month.-