China is a country that has long placed high value on learning, steeped in the Confucian belief that education develops individual moral character and contributes to social good.

In China, the educational pressure on children is intense, and it begins when they are very young. A mother living in Shanghai describes the demands of her six-year-old child’s education, saying, “In kindergarten, children already need to spend the whole weekend learning pinyin.” Pinyin is the system of romanization of the characters based on their tones and pronunciations of Standard Chinese. “Then there’s mathematics, which includes addition and subtraction up to 20, and English,” she adds. Without this preparation, there is little hope that a student will be able to “catch up” to other students and the next grade’s curriculum, she says. 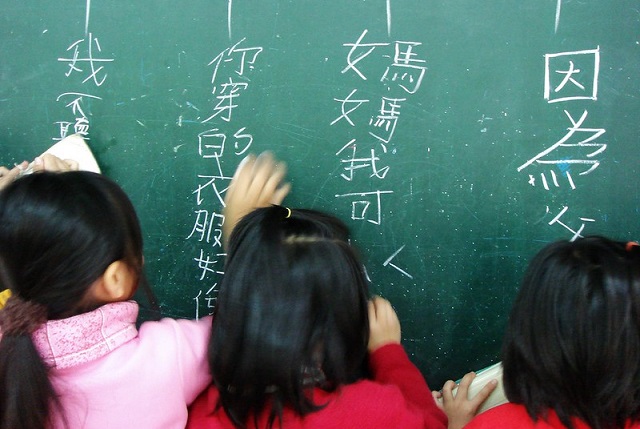 “Catch[ing] up” with the school curriculum, however, may not be enough. To “get ahead,” as the mother puts it, these children also attend weekly after-school classes in piano, computer programming, Mathematical Olympiad, and chess—both Chinese and international varieties.

Waking up at 6:40 a.m. and going to bed at 10:30 p.m. six days a week has become common practice among Chinese children today, with 67 percent of primary and middle school students not meeting the national sleep requirements—which are “nine hours per night for primary school students and eight [hours] for middle school students”—according to responses to a Chinese Ministry of Education questionnaire that was filled out by teachers, parents and students in June 2021.

China is a country that has long placed high value on learning, steeped in the Confucian belief that education develops individual moral character and contributes to social good. This prioritization of education, especially since the establishment of the People’s Republic of China, has also contributed to the country’s rapid development. With roots in the imperial-era civil exams, China’s education system is highly competitive, meritocratic, and exam-based. The annual university entrance exam, gaokao—considered one of the world’s most difficult tests—represents the culmination of the generational hope of 11 million families of students for them to reach the country’s top-tier universities. Few, however, get in. Families therefore opt for extracurricular after-school tutoring services to try to “get ahead.”

The Boom of the After-School Tutoring Industry

What began as home-based supplementary tutoring in China grew into a commercial industry pumped with international capital by the 1990s. In this period of liberalization, New Oriental became the first Chinese educational institution to get listed on the New York Stock Exchange in 2006. By 2019, the after-school private tutoring industry grew to a $120 billion industry, according to market researcher Qianzhan. Meanwhile, the “nationwide student enrollments in K-12” are projected to grow from 325.3 million in 2019 to 659.5 million by 2024, according to the South China Morning Post. No longer a supplementary resource for students in need, the private tutoring sector in China has become highly capitalized and profit-driven over the years. Education had become, in the words of the Ministry of Education, “hijacked by capital.” That is, until the July 24 announcement by the Chinese government to regulate the after-school tutoring, which shook the industry.

With what is called the “double reduction” policy, the government is now aiming to simultaneously reduce the financial pressure on parents and the burden on students. The guidelines regulate extracurricular education, prevent startup platforms from being listed on stock exchanges and from receiving foreign funding, and require existing platforms to register as nonprofit entities. Firms cannot profit from teaching core curriculum material and cannot teach during holidays or on weekends. The focus on profits is an important one. In 2018, President Xi Jinping had criticized private education companies, emphasizing that—as a “sector of the conscience”—education “should not turn into a profit-driven industry.”

China’s private tutoring industry, which has been making profits off the anxieties of parents, has come under greater scrutiny for its malpractices recently. In June, 15 tutoring institutions were fined approximately $5.73 million after spikes in consumer complaints. An inspection by government authorities revealed several illegal practices, including fabricated teacher qualifications, training results and user evaluations. According to the Ministry of Education, the de facto “two-track system” expanded “educational unfairness” in China, with free and compulsory education on one side and private tutoring schools charging high fees on the other side.

“The most important issue for common prosperity is first to achieve educational fairness,” said Yao Yang, dean of the National School of Development at Peking University. Yao pointed to the country’s high wealth concentration—according to a survey by the People’s Bank of China, the central bank of the country, in 2019, “the lowest 20 percent” of urban households in China “accounted for only 2.3 percent of net assets of all sample households,” while the “highest 20 percent of households accounted for 64.5 percent” of the net assets. As a symptom of social inequality, Yao sees the elevating of education—rather than income distribution alone—as a key mechanism to expanding the middle class and building common prosperity.

While the term dates back to the eras of Chinese leaders Mao Zedong and Deng Xiaoping, “common prosperity” refers to both a vision and a cycle of reforms initiated by the government that aim to reconcile economic efficiency with the strengthening of welfare mechanisms. It is also part of the effort to combat the “three mountains” of high education, housing and health care costs faced by Chinese people today. The goal is to address the growing inequality between the countryside and the city, social classes and regions through development and income distribution, tax and social welfare reforms, and philanthropy—encouraging the country’s rich to give back to society. Since the announcement of these reforms by the government, major Chinese companies and wealthy individuals have offered donations, including tech giant Alibaba’s pledge of $15.5 billion by 2025 “to help narrow the country’s wealth gap”—this comes after the firm was fined $2.8 billion for monopolistic practices.

Meanwhile, the private tutoring overhaul rocked the stock markets, as 24 companies listed on Chinese and U.S. stock exchanges now face an uncertain future and “may need to delist or divest their academic assets.” Zhang Bangxin, the billionaire chairman of TAL Education Group, saw his personal wealth drop almost 90 percent to $1.4 billion between April and July, according to Forbes. Yu Minhong, the founder of New Oriental, who saw his personal wealth fall by 70 percent, recently announced that he will redirect his company toward selling agricultural products after the crackdown on private tutoring by the government. Closing nearly 1,500 branches of New Oriental schools, the teachers of these schools will now “participate” in selling these agricultural products via livestreams and will help “support rural revitalization.”

According to Gu Mingyuan, senior professor at Beijing Normal University, regulating private tutoring is not just a “one-off” measure, but it is necessary to “strengthen the supply of public education.” On the heels of the double reduction policy, several moves to strengthen the public education system have been made. On August 31, the Ministry of Education issued a notice criticizing the high frequency and difficulty of exams and emphasis placed on test results, which “harms the body and minds of students.” The amount of testing and homework has since been reduced in primary and middle schools, while measures have been taken to prevent test scores from being published and ranked. After-school services in public schools are being extended to support working parents, non-curriculum training sectors such as in the arts and sports are expanding, and new commitments to increase teachers’ salaries in public schools have been made. Beijing is implementing a pilot program to rotate the top teachers and principals across the city’s public schools. This will also help to cool down real estate speculation driven by elite schools. Meanwhile, the government is expected to announce price regulations for private tutoring.

The double reduction policy can be seen as the government’s affirmation that the minds and health of students and families come before the pockets of investors and billionaires. Some results are starting to show—a survey of more than 57 million parents found that 97.5 percent of them were satisfied with the double reduction policy. As stated in the official announcement, children are, after all, the “builders and successors of socialism,” and the construction of socialism is a multigenerational project.

Tings Chak is a researcher and coordinator of the art department of Tricontinental: Institute for Social Research. She is also an editor of Dongsheng, an international collective of researchers interested in Chinese politics and society.