New revelations by a whistleblower prove that the world’s largest social media platform understands clearly its negative impact on society, but that profits are a greater lure than preserving democracy.

Facebook’s former employee Frances Haugen, in an interview on “60 Minutes,” explained to host Scott Pelley that the social media giant has conducted internal experiments that demonstrate just how quickly and efficiently its users are driven down rabbit holes of white supremacist beliefs. 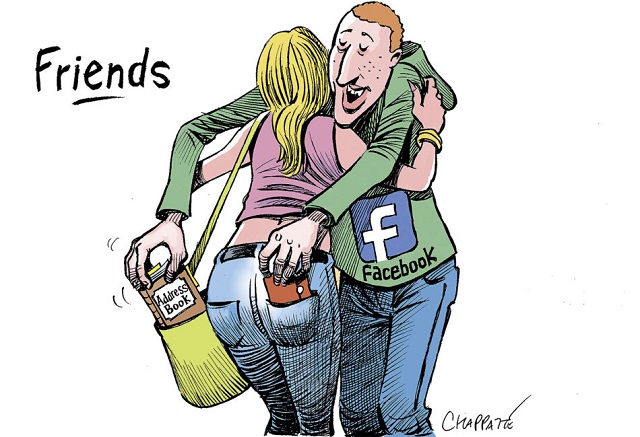 The 37-year-old data scientist who resigned from Facebook earlier this year and became a whistleblower explained how the company knows its algorithms lead users down extremist paths. Facebook, according to Haugen, created new test accounts that followed former President Donald Trump, his wife Melania Trump, Fox News and a local news outlet. After simply clicking on the first suggested links that Facebook’s algorithm offered up, those accounts were then automatically shown white supremacist content. “Within a week you see QAnon; in two weeks you see things about ‘white genocide,’” said Haugen.

Haugen’s testimony and the documents she shared confirm what critics have known for a long time. “We’ve already known that hate speech, bigotry, lies about COVID, about the pandemic, about the election, about a number of other issues, are prolific across Facebook’s platforms,” said Jessica González, co-CEO of Free Press, in an interview. However, “what we didn’t know is the extent of what Facebook knew,” she added.

Three and a half years ago, in the midst of the Trump presidency, I wrote about giving up on an older white man related to me via marriage and who, generally speaking, has been a loving and kind parent and grandparent to his nonwhite relatives. This man’s hate-filled and lie-filled Facebook reposts alienated me so deeply that I cut off ties with him. In light of Haugen’s testimony, the trajectory of hate that he followed makes far more sense to me now than it did in 2018. Active on Facebook, he constantly reposted memes and fake news posts that he likely didn’t seek out but that he was exposed to.

I imagine such content resonated with some nascent sense of outrage he harbored over fears that immigrants and people of color were taking advantage of a system that was rigged against whites by Black and Brown politicians like Barack Obama and Ilhan Omar. My relative fit the profile of the thousands of right-wing white Americans who mobbed the Capitol building on January 6, 2021, egged on by a sense of outrage that Facebook helped whip up.

In fact, Haugen related that Facebook turned off its tools to stem election misinformation soon after the November 2020 election—a move that she says the company’s employees cited internally as a significant contributor to the January 6 riot in the nation’s capital. The House Select Committee investigating the riot has now invited Haugen to meet with members about Facebook’s role.

Facebook founder and CEO Mark Zuckerberg understands exactly what Haugen blames his company for, saying in a lengthy post, “At the heart of these accusations is this idea that we prioritize profit over safety and well-being.” Of course, he maintains, “That’s just not true,” and goes on to call her analysis “illogical,” and that it is a “false picture of the company that is being painted.”

Except that Haugen isn’t just sharing her opinions of the company’s motives and practices. She has a massive trove of internal documents from Facebook to back up her claims—documents that were analyzed and published in an in-depth investigation in the Wall Street Journal, hardly a marginal media outlet.

The Wall Street Journal says that its “central finding” is that “Facebook Inc. knows, in acute detail, that its platforms are riddled with flaws that cause harm, often in ways only the company fully understands.”

The crux of Facebook’s defense against such accusations is that it does its best to combat misinformation while balancing the need to protect free speech and that if it were to crack down anymore, it would violate the First Amendment rights of users. In his testimony before House Representatives this March, Zuckerberg said, “It’s not possible to catch every piece of harmful content without infringing on people’s freedoms in a way that I don’t think that we’d be comfortable with as a society.”

In other words, the social media platform maintains that it is doing as much as it possibly can to combat hate speech, misinformation, and fake news on its platform. One might imagine that this means a majority of material is being flagged and removed. But Haugen maintains that while Facebook says it removes 94 percent of hate speech, its “internal documents say we get 3 percent to 5 percent of hate speech.” Ultimately, “Facebook makes more money when you consume more content,” she explained. And hate and rage are great motivators for keeping people engaged on the platform.

Based on what Haugen has revealed, González concluded that “Facebook had a very clear picture about the major societal harms that its platform was causing.” And, worse, the company “largely decided to do nothing to mitigate those problems, and then it proceeded to lie and mislead the U.S. public, including members of Congress.”

González is hopeful that Haugen’s decision to become a whistleblower will have a positive impact on an issue that has stymied Congress. During Haugen’s testimony to a Senate panel on October 5, she faced largely reasonable and thoughtful questioning from lawmakers with little of the partisan political grandstanding that has marked many hearings on social media-based misinformation. “We saw senators from both sides of the aisle asking serious questions,” she said. “It was much less of a circus than we usually see in the United States Senate.”

What González hopes is that Congress passes a data privacy law that treats the protection of data gathered from users as a civil right. This is critical because Facebook makes its money from selling user data to advertisers, and González wants to see that “our personal data and the personal data of our children isn’t used to push damaging content… that doesn’t provoke hate and violence and spread massive amounts of lies.”

The calculus of Facebook’s intent is very simple. In spite of Zuckerberg’s denials, González says, “the system is built on a hate-and-lie for profit model, and Facebook has made a decision that it would rather make money than keep people safe.” It isn’t as though Facebook is selling hate because it has an agenda to destroy democracy. It’s just that destroying democracy is not a deal-breaker when huge profits are at stake.