Water is not a national resource. It is a transboundary resource that extends beyond political borders. Iran and Pakistan and other neighbouring states have been facing water shortages for ages.

Do you know why the Taliban were easily able to take over in Afghanistan and what was the impact that water resources played in the affairs of neighbouring countries,particularly Iran and Pakistan in directly or indirectly supporting the Taliban and for India to support the building of dams and hydroelectric projects? 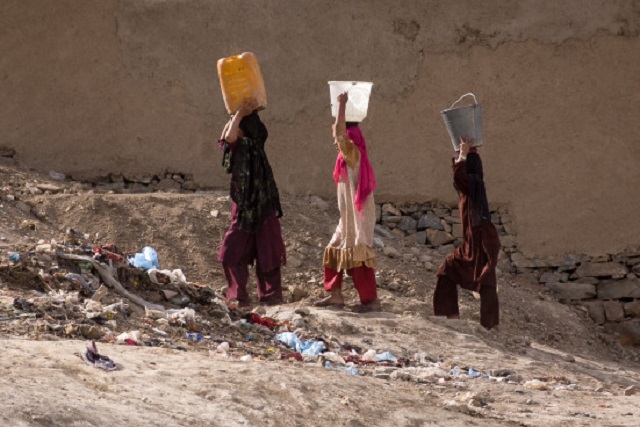 Water diplomacy has over several decades played a very significant part in the instability of landlocked Afghanistan. Some researchers blame these neighbouring countries who have consistently sought to disturb the building or (rebuilding) of dams and irrigation infrastructure projects such as the Kajaki, Kamal Khan and Salma dams in the north and south of Afghanistan.They saw such kinds of development as a threat to their own economic development and environment.

Water is not a national resource. It is a transboundary resource that extends beyond political borders. Iran and Pakistan and other neighbouring states have been facing water shortages for ages.

One of the most delicate subjects in Afghanistan even before the Taliban took over was not arms smuggling or the movement of militants but something more mundane – the access to water. In short, the very real ground reality indicate the access to water, some 75 billion cubic metres of accessible water from five river basins, was exploited in national self-interest of neighbours?

What oil did in the 20th century, we are told water will in the 21st century. No wonder why man wants to reach the Moon in search of water, as a source of life on the planet?

Climatologists claim chronic water problems around the world will threaten the stability of nations. Water Management means nations now who are “water bankrupt” will cause people to riot. You can “terrorise” people demanding civil rights off the street, but if they are dying of thirst, a bullet will not hold much fear.

With increased floods across Western Europe and in Louisiana, USA most recently, fires now raging in California and a year ago in Australia and extreme temperature records this summer, there is no doubt  climatic change is happening and is happening now. The bleak reality is that in many parts of the world especially the Underdeveloped Global South access to clean water is already limited. In some areas, it is becoming rationed among large populations.

Fresh drinking water is a precious resource and as we see a source of conflict in the drier and arid countries. Further, in the middle of a deadly pandemic, it has become more obvious how vital water is for better public health. Washing of hands, a five minute power shower uses about 75 litres of water. One can buy a low flow shower head to reduce water usage, perhaps, by up to 60 percent.

From the sublime to the ridiculous?

We read that the latest celebrity craze sweeping Hollywood, USA, is a total rejection of bathing, anti-showering in the name of “Climate Change”. Is it any recipe for human sanitation?

We are told to adopt water efficiency, to limit outdoor uses of water, repair leaks in the public supply water pipes, and understand how and where water is used. We are told to minimise the pressure on industries to reduce water consumption as well as pressure our governmental bodies to save water.

In Sri Lanka, our Kings of old made water our heritage. They built tanks and reservoirs, large and small and left it to our people as a sacred trust. Today, we are able to reap the benefits of this heritage.

But, how long would our world have clean, drinking water, is a much debated subject.

Scientists’ state that the earth contains huge quantities of water, in its oceans, lakes, rivers. But, we also often hear that there is not enough fresh, potable drinking water for all the people.

Access to clean drinking water is a human right. So is our right to manage waste or over consumption of the precious commodity in the years ahead.

BASL ‘deeply disturbed at the alleged criminal conduct’ of Ratwatte

Kohli to step down as T20 captain after World CupDr. Jayaruwan Bandara seeks for 14 days to appear before CID28 persons at a funeral test positive for Covid-19Pahanthudawa clip uploaded by a female – Police