Russia’s tensions with the US over Ukraine also has a Far East vector. Second, Russia and Japan are yet to sign a Peace Treaty bringing their World War 2 hostilities to a formal end. Russia increasingly sees a congruence of interests with China.

A Kyodo News agency report on Friday cited Japanese government sources to the effect that Tokyo and Washington have drawn up a draft joint operation plan that would enable the setup of an attack base along the Nansei island chain in Japan’s southwest in the event of a Taiwan contingency.

According to the report, the forthcoming “2+2” ministerial of foreign and defense chiefs of the US and Japan on January 7 in Washington is expected to “formalize” the operation plan. 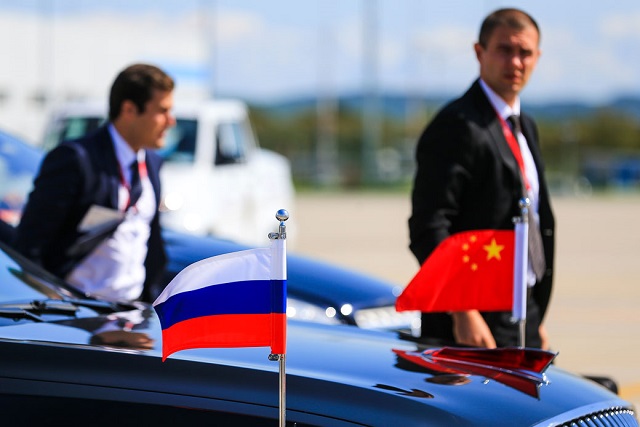 The report details that under the plan, “US Marines will set up a temporary attack base” on the Nansei Islands (also known as Ryukyu Islands) initially in a chain stretching southwest toward Taiwan, with around 40 “candidate sites” amongst around 200 islands, including uninhabited ones.

The report comes in the wake of the recent remarks by Japan’s hawkish former PM Shinzo Abe that any Taiwan contingency would also be an emergency for Japan and for the Japan-US security alliance.

This report comes only a day after the approval by the Japanese Parliament on Friday to approve the country’s biggest ever increase in defense spending since World War 2.

What remains to be seen is whether the Japanese government will now push ahead with a constitutional amendment that will allow Japan to wage war. The existing pacifist constitution, a legacy of World War 2, forbids Japanese armed forces waging wars except strictly in self-defense.

Seven decades ago, the US imposed a pacifist constitution on Japan — which was drafted over the span of just a week by a small team of Americans led by Gen. MacArthur, the supreme commander for the Allied powers. Ironically, the US is now actively encouraging Tokyo to jettison the restrictions and be a “normal” country so as to recruit it as a full-fledged participant in its alliance system in waging wars in the Asia-Pacific.

Japanese militarism is a fact of modern history. The Great Depression affected Japan by a great amount, and led to a rise in militarism. Succinctly put, Japan wanted to expand in order to gain more natural resources and to create its own economic empire in the Pacific. Its genesis can be traced to the period of rapid militarisation to modernize quickly and keep up with the Western world.

Circumstances then and now have similarities and dissimilarities. The main difference in the early 20th century was that Japan was unhappy with the massive wave of modern globalization by the Western powers, which resulted in the colonization of numerous countries around the world whose ramifications were felt especially in Asia. In sum, Japan protected itself against colonization from western powers.

To protect itself from what it perceived as the possibility of war with Western powers, Japan developed a National Defense State, which was effectively a highly militarized government in which the political establishment made the militaristic decisions with strength of the nation’s economy tied with that of its military.

Of course, an ideological revitalisation went hand in hand whereby the Japanese nation came to believe in serving the militant, ultra-nationalistic state as a sacred duty. Thus it was that Japan turned into an imperialist type power of Asia with its rapid industrialisation and invasions in China, Korea and Manchuria.

Beijing and Moscow do not seem overly worried about Japan’s moves right now. But they are watching closely, given the geopolitical reality that any revival of Japanese militarism will now be also anchored on the US’ Indo-Pacific strategy against China and Russia. They may yet be waiting to see if Japan makes its biggest move yet — actually amending its antiwar constitution for the first time.

Russia’s tensions with the US over Ukraine also has a Far East vector. Second, Russia and Japan are yet to sign a Peace Treaty bringing their World War 2 hostilities to a formal end. Russia increasingly sees a congruence of interests with China.

On November 23, Russian Defense Minister Sergey Shoigu told his Chinese counterpart Wei Fenghe that US air patrols near Russia’s eastern borders had increased, with a total of 22 strategic flights over the Sea of Okhotsk in 2020 – up from three the previous year – which he said posed a threat to both Russia and China. “Against this background, Russian-Chinese coordination is becoming a stabilizing factor in world affairs,” Shoigu said.

This conversation took place on the sidelines of the signing of “a road map” for military cooperation by the two defense ministers. Only three days earlier, Chinese and Russian air forces conducted a joint strategic air patrol over the Sea of Japan and the East China Sea. China sent two H-6K aircraft to form a joint formation with two Russian Tu-95MC aircraft.

This was the third joint strategic air patrol by the Chinese and Russian militaries aimed at enhancing “the level of strategic coordination and joint operational capabilities, and jointly maintain global strategic stability,” according to a Chinese readout.

A month before that, after wrapping up a joint naval exercise in the Sea of Japan on October 17, ten powerful Chinese and Russian warships undertook an unprecedented mission to sail through the Tsugaru Strait into the Pacific Ocean in their first joint maritime patrol encircling Japan.

Russia’s defense ministry said, “The tasks of the patrols were the demonstration of the Russian and Chinese state flags, maintaining of peace and stability in the Asia-Pacific region and guardianship of the subjects of maritime economic activities of the two countries.”

Quite obviously, Moscow’s line has hardened in the recent months on the Kuril Islands problem with Japan. President Putin unveiled a new proposal in September to establish a special economic zone in the disputed islands under Russian law. Evidently, Russia plans to intensively and rapidly develop the Kuril and strengthen its integration. Tokyo has protested.

Moscow fears possible deployment of US missile systems on the islands if they are returned to Japan, creating a direct military threat to Russia. The Russian Defense Ministry announced on December 2 the deployment of advanced mobile coastal defense missile system Bastile on the Kuril Islands.

The Russian Defense Ministry also announced on December 21 a plan to hold two strategic command-and-staff exercises, headlined Vostok and Grom, next year. The Vostok (East) drills in the Russian Far East are planned as a key combat training event for all Russian troops.

The disclosure by Kyoto of a joint US-Japan joint operation plan to set up an attack base along the Nansei island chain will most certainly draw a backlash from Moscow. The Kyodo News report said the US deployment will include a “high mobility artillery rocket system.” Russia has repeatedly warned the US against the deployment of intermediate range missiles in Japan. China too has a similar position and has warned that it would “not stand idly by” if the US deployed ground-based missiles to Asia.

Author Bio: M.K. Bhadrakumar is a former Indian diplomat. This article was produced in partnership by Indian Punchline and Globetrotter.